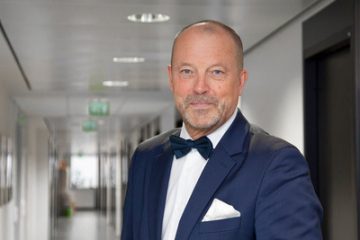 The Helsinki-Uusimaa Region is at the heart of northern Europe. Its location at the Baltic Sea, along with its cultural climate and green and blue landscapes have made Helsinki-Uusimaa as a leading business area in Finland. Also it is a dynamic knowledge hub and innovation centre for new European business and politics. Our region is one of the fastest growing areas in Europe and it is a home to around 1.7 million inhabitants, which is about a third of the total population of Finland. Helsinki-Uusimaa Regional Council wants to be an active partner in the Baltic Sea cooperation.

The Baltic Sea has given its resources to us for many centuries. That’s why we want also to protect the sea itself and to develop the Baltic Sea Area. The Helsinki-Uusimaa Region has a strong and ambitious vision. We want to promote the Baltic Sea Region as a leading knowledge region in Europe and as a neighbour to Russia. Also we want that the Baltic Sea Area will have a stronger role in the Global context.  To achieve these goals, the Helsinki-Uusimaa Regional Council is engaged in coordination and consensus building. It mobilizes actors and resources at governmental, regional and local levels to set common regional development priorities and to optimize the use of regional strengths and assets.

The Helsinki-Uusimaa Region has a strong and ambitious vision. We want to promote the Baltic Sea Region as a leading knowledge region in Europe and as a neighbour to Russia.

One of the tools in this work is European Union Strategy for the Baltic Sea Region, EUSBSR. As a part of the European Cohesion policy, it has been a successful idea and a pioneer for the European macro-regions. Helsinki-Uusimaa will strongly support the continuity of the strategy and we want to participate in the ongoing revision process. In this work the numerous co-operation organizations around the Baltic Sea have a significant role. Especially the Baltic Sea States Subregional Cooperation BSSSC and the Baltic Sea Commission of Conference of Maritime Peripheral Regions CPMR are the important partners for the regions like Helsinki-Uusimaa.

I know many of my colleagues in the Baltic Sea Area and we usually discuss on the opportunities how to use the new kind of technological solutions. I think the countries and regions around Baltic Sea really want to be forerunners in implementing the new technology. The integrated digital cross-border transformation of the Baltic Sea region could also be raised in the updated EUSBSR. As a good example of that, on the base of the strong cooperation between Helsinki and Tallinn there is an aim to create the EU flagship area for Digital Interoperability.

I think the countries and regions around Baltic Sea really want to be forerunners in implementing the new technology.

The most important impact criteria for digital transformation in the Baltic Sea region could be 1) Functionality and avoidance of heavy investments using digital optimization, 2) Reducing climatic load with sensors and Artifical Intelligence systems, e.g. in reducing emissions and utilizing new electronic mobility and logistics solutions and 3) Improved accessibility of public services by facilitating cross-border digital solutions, such as e-prescription and further development. I think this kind of ideas and initiatives could rapidly increase the competitiveness and welfare in the Baltic Sea Area.

Even the EUSBSR doesn’t have own funding system, the good projects need to be funded also in the most developed regions in the Baltic Sea Area. Helsinki-Uusimaa Region welcomes the European Commission’s proposal that EU’s cohesion policy should cover all the European regions. The EU has a crucial role to play in supporting all regions and member states to make the most of their potential for innovation, competitiveness and sustainable jobs and growth. Principle of subsidiarity and multilevel governance must also stay in the EU´s cohesion policy and that is very important for the macro-regional strategies. Smart specialisation, regional innovation ecosystems and Interreg cross border maritime programmes must be strong part of EU cohesion policy. We have an experience that the so called EU´s smart specialisation approach offers a good platform for boosting the region’s innovation ecosystem.

In the turbulent and globalizing world the importance of cities, regions and macro-regions is increasing. The Regions have a strong responsibility to be active partners in the international cooperation. Baltic Sea is also the Sea of the Strong Regions!