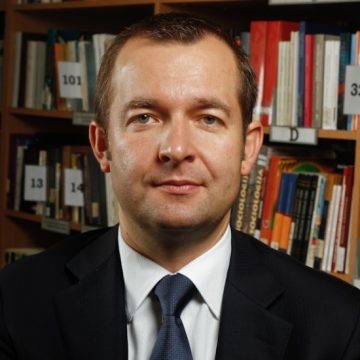 Since the break-up of the Soviet Union in early 1990s, the relationship between Lithuania and Russia has experienced significant transformation. There has been mutual support between Lithuania after it re-established independence in 1990 and Russian Federation led by Boris Yeltsin who advocated democratisation reforms. The cooperative relationship was encouraged by a common opposition vis-à-vis Soviet Union authorities, which reacted in a hostile manner to Lithuania’s quest for regained independence by imposing economic blockade. Boris Yeltsin supported Lithuania’s reforms and condemned killings of civilians by Soviet military forces near TV tower in Vilnius on January 13, 1991. As a result of bilateral cooperation Lithuania and Russian Federation signed Lithuanian-Russian Treaty on the foundation of inter-state relationship singed on 29 July 1991.

The break-up of the Soviet Union, which followed failed coup-d’etat in Moscow in August 1991, created a new political context for the evolution of bilateral relationship. For several years it focused on dealing with left-overs from the period of Soviet occupation of Lithuania, such as the withdrawal of Soviet troops from Lithuania by 31 August, 1993. In 1997, bilateral border treaty between Lithuania and Russia was signed, although Russia ratified it only in 2003, when the issue of Kaliningrad transit through the territory of Lithuania – soon to become the territory of the EU customs union and Schengen area – was resolved.

Increasingly the trajectories of political and economic reforms in Lithuania and Russia diverged. After initial democratisation reforms and economic opening up to the outside world Lithuania prioritised accession into the EU and NATO as a way to consolidate political and economic reforms as well as security of the state. Meanwhile, in Russia centralisation of power, especially from the early 2000s under Vladimir Putin resulted in the authoritarian turn domestically and increasingly assertive behaviour questioning the policy choices of neighbouring states.

Lithuania’s opening up to the outside world and integration into the EU by removing barriers to trade and joining the common market resulted in the reorientation of trade and investment flows from Russia to other countries. Financial crisis in Russia in 1998-1999 provided additional push for restructuring of external economic relations of Lithuania towards the EU. Besides, in Lithuania there has been a growing concern related to what was seen as manipulation of energy supplies by Russian authorities, for example, shutting down supplies through the Druzhba oil pipeline in 2006 or application of relatively high prices of natural gas around 2012-2014 compared to other EU member states.

This led to prioritising country’s integration into the EU’s energy market, use of EU regulatory norms to reform electricity and gas sector, upgrading bilateral disputes with Russian authorities onto the EU level, for example, by urging European Commission to initiate cases on the basis of EU competition law with respect to price-setting behaviour of Gazprom, and construction of alternative routes of supply such as LNG terminal, which became operational in the end of 2014. While in most economic sectors mutual economic relations adjusted in response to market trends, in infrastructural sectors of such as energy and transport there has been a deliberate policy of Lithuania to decouple from Russia and integrate into the EU common market. Even the debate on country’s accession into the euro zone, which took place in 2015, had a flavour of geopolitics.

Disagreements over history and current issues

During the 2000s, the political disagreements among Lithuania and Russia on matters such as treatment of mutual history and current issues have become more pronounced. Lithuanian authorities’ demands for the compensation of the damage experienced by the country due to the Soviet occupation were met with hostility in Moscow. Also, on views on regional security matters and the relationship between the Western organisations and Eastern neighbours such as Ukraine, Moldova or Georgia diverged significantly. While Lithuania supported the sovereign choice of those countries to conduct their foreign policies and chose their allies, Russia strongly opposed their closer relations with the EU and NATO.

For a number of years, Lithuanian intelligence agencies have been warning about the hostile activities originating from authoritarian neighbours, especially Russia. For Lithuanian authorities, Russia-Georgia war in August 2008, Russia’s annexation of Crimea and aggression against Ukraine in 2014 proved that mistrust of authoritarian Russia was justified. After a failed attempt by Lithuanian President Dalia Grybauskaitė in 2010 to address bilateral issues directly with Vladimir Putin and especially after events in 2014, Lithuania became even more vocal advocate of economic sanctions against Russian officials and businesses related to those hostile acts. Lithuania also welcomed opposition activists from Russia (and after 2020, from Belarus). Thus, of the three elements of EU’s recently adopted Russia policy – push back, constrain and engage – for Lithuania the first two have been a priority while the latter applied towards opposition activists in Russia rather than official Moscow.

Interestingly, despite these political disagreements and economic sanctions, including Russia’s across the board counter-sanctions towards the exporters from the EU, bilateral trade and investment relationship between Lithuania and Russia evolved. Bilaterally Russia remains one of the most important trade partners for Lithuania, as its business take advantage of geographic proximity, brand recognition and other factors facilitating trade, even with a high political risk premium. This is likely to persist in the foreseeable future.