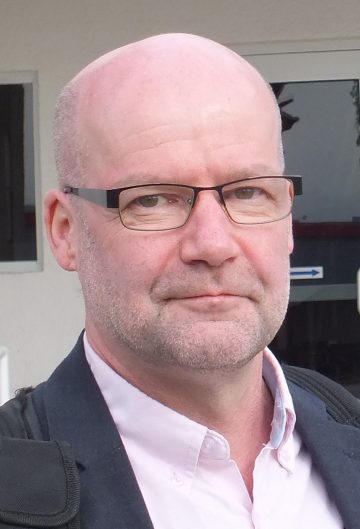 Monday 16 March 2020 will remain a milestone in Finland’s political history. On that day, a state of emergency was declared in the country in order to limit the consequences of an invisible enemy: a virus that was spreading the COVID-19 decease all around the world.

The Finnish innovation fund Sitra was the first organization to decide that a comprehensive report would be needed on how the government and other decision-makers in the country responded to the pandemic. I personally had the honour and responsibility of compiling the report that was published on 14 January 2021.

Little did we know at the start that the crisis would outlast the rapporteur’s mandate by far. Hence the key findings of the report (“Valtioneuvoston ydin kriisitilanteessa”, Sitra muistio 2021) can be seen as somewhat preliminary. But no events since have so far given reason to fundamentally alter the perspectives outlined in the paper.

One notion is that COVID-19 has forced society as a whole to weigh its basic values like civil liberties, democracy and free enterprise anew. It has also profoundly tested relations between states and international organizations.

In many ways especially the European Union first seemed to disappear from the news fora as all states focused on protecting their own inhabitants and economic interests. But the mood changed significantly when it became clear what role the EU would play in speeding economic recovery as well as developing and distributing vaccines.

Exceeding the EU limits for several months in a row

Just two years ago it would have seemed unimaginable that, for example, Nordic countries would impose travel restrictions against each other or that special rules concerning travel between Helsinki and Tallinn would prove to be necessary.

But as the summer of 2021 approached, Finland had already exceeded, by several months, the limits of exceptional measures that European Union rules allow for limiting free movement within the Schengen area.

It was, however, not the EU or Finland’s neighbouring countries that put the strongest pressure on the government of prime minister Sanna Marin to reconsider the tough measures taken. The strongest criticism came from the domestic travel and tourism industry. Their business took a strong hit already in spring 2020 and the early days of the covid crisis when the government, in cooperation with president Sauli Niinistö, declared a state of emergency in Finland, thus enabling the government to activate the emergency powers act.

A political analysis of events appears almost ironic. The Marin government consists of five parties, and for several of them free movement is a fundamental value. An example: Finland has its first Green minister of interior, Maria Ohisalo. One of her first moves was to start strongly limiting people’s right to travel.

The irony worked in several ways. It soon became obvious that a significant portion of the general public demanded even stronger restrictions than the ones that were first introduced by politicians.

Ever since, the corona strategy of the Finnish government has been a balancing act. Results looked quite good all through the first and second wave of the virus spread, but the third wave brought new challenges along. Even demonstrations against covid measures broke out.

Inflation of sentiment as new state of emergency declared

A new state of emergency was declared on 5 March 2021 when the coronavirus situation in Finland had taken a clear turn for the worse. It soon became obvious that the Finnish public didn’t react to the turn of events as dramatically as on the first time.

The shock effect was gone. People had figured out ways to “bend the rules” or simply disregarded restrictions.

Finland’s decision-makers should carry at least some of the responsibility for this inflation of sentiment. In March 2020, when the first strict measures against the spread of the virus were introduced, ministers of the Marin government spoke about closing borders and obligating elderly people to remain in quarantine-like conditions.

Soon it was discovered that ministers were exaggerating at least to a certain extent. The constitution guarantees Finnish citizens (and permanent residents) the right to leave and enter their home country whenever they wish. That basic right can’t be revoked by a state of emergency. This fact was kept away from public discussion until academic experts started to talk about it the media.

The same applies to the instructions that the elderly (70 years of age and above) were given. Legislation doesn’t give the government competence to dictate people’s daily movements on the basis of their age. Ministers can only recommend and persuade.

Dramatic steps taken by leaders during the COVID-19 crisis can have far-reaching implications in the years to come. If populist parties that want to enforce authoritarian rule gain power in future elections, the threshold of resorting to exceptional measures will be much lower than it has been thus far.

This should not be forgotten since the only thing we know for certain is that new crisis situations will emerge. We just don’t know how and when.