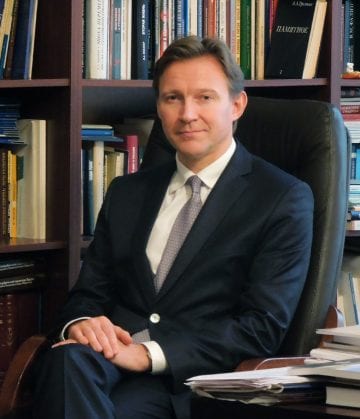 In the last 20 years, Russia has reasserted itself on the world stage after awful experience of the 90s. It left far behind the near economic collapse experienced in 1998 and crashed internal violent separatism in North Caucasus tightly linked to international terrorism. Moscow has resumed plying the role of one of the key global players. At the same time, it is deep in a new confrontation spiral with the US and a number of their allies, the causes of which are both of the immediate and long-term nature. Because of geopolitical rivalry between Russia and the US, other countries have been caught in-between, including Georgia and Ukraine. This rivalry has led to numerous rounds of sanctions imposed on Russia, especially since 2014. However, it has turned out to be impossible to isolate Russia or to destabilize its political and social systems. Against the backdrop of events, which some people compare to a new cold war, nowadays Russia is a dominant actor in the Middle East, one of the key energy suppliers in Europe and Asia, the main strategic partner of China and a core country of the Eurasian Economic Union.

So far so good. The other side of the coin is grim and disturbing. The strategic autonomy of Russia – something the EU only dreams to acquire – comes with a price. The US has proclaimed Moscow together with Beijing as their main strategic competitors, and lavishly apply all kinds of restrictions and sanctions against both. In parallel they systematically destroy the last pillars of strategic stability, which the world has inherited from the era of bipolarity. Russia is the 6th biggest world economy. But its share in the world GDP, even in PPP, is 3%. It is not so bad keeping in mind that the share of Germany, the top economy of the EU, is 3,2%. But if you compare it with the US (15%), China (19,1%) or India (8%), there is nothing to celebrate. Moreover, Russia’s share recently is dwindling. Although the same is happening with most western economies, there is a big difference.

For example, Germany together with other 26 member states of the EU is a part of the European single market, which now surpasses the US, and it is this market Russia has to deal with not separate national markets in the EU if to apply correct comparisons. The lopsided structure of the Russian economy, its technological backwardness except the military-industrial complex and a small number of other sectors, its vulnerability to the global financial system, dominated by the US dollar, massive pockets of poverty are obvious. Another concern is the growing economic and technological asymmetry with China. These days we are partners as have never been before but in any friendship equal status is important. The poor state of relations between USA and their European allies is a good reminder of that. Russia desperately needs quick modernization. Its necessity has been proclaimed many times by the Russian authorities, especially in Vladimir Putin’s Federal Address in March 2018. Benefits of the fast economic growth in the 2000s were flatted out long time ago and now for several years in a row real incomes of the population have been falling.

After Putin’s 2020 Federal Address in January, it is predetermined that he leaves the post of the president in 2024 and all speculations on this issue can be set aside. At the same time, few people doubt that he will stay in the core of the political process. In what capacity – is to be seen and more or less accurate guesses will be possible to make much later. The personal and ideological changes, which Putin launched in the executive branch of power, had been long expected and even overdue to the point of mass frustration. With the previous team, dominated by neoliberals and by people obsessed with macroeconomic indicators to the detriment of economic growth, it was impossible to count on economic modernization and diversification, not to mention on Russia staying a social market state. The scope of social inequality in the country is unacceptable. Now some time is needed to assess if the new set of technocrats manages to alter the fallacious economic doctrine and practice and to change the situation substantially by 2024. As to the changes in the balance of power for the benefit of the parliament, it should be strongly supported as Russia’s political system needs powerful stimulus to escape from the state of stagnation and drift.