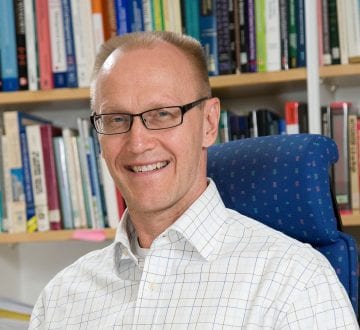 My first brush with the Estonian city of Pärnu was distant, yet touching: Pärnu shares its name with one of Finnish pop-rock group Ultra Bra’s most beautiful songs, about a couple’s autumnal holiday in the city[1]. Perhaps you remember its first lines:

“This is a bath town during fall

We get wet every time we walk to the city…”

Back in the early years of the millennium, I could scarcely imagine the number of times I would later find myself humming the words to this lovely song, or appreciate how well they captured Pärnu:

Round windows looking from buildings…”

I have often found it difficult to explain my love for the city, especially to those who have never visited it. “What’s so special about it anyway, it’s just a spa town full of Finnish tourists!”, is a reaction my admiration for the city has often elicited. Granted, such retorts are not entirely inaccurate. But while the city offers only slim pickings for sightseers, it is far from empty. There is the famous, stunning sandy beach, the spas, and a two-kilometre breakwater whose tip, it is said, should be visited by lovers looking to make their romance last. The expansive parks, the excellent little market square and market hall (located slightly out of view at 18 Suur-Sepa) as well as the myriad restaurants and cafés also serve to create an ambiance that is unlike anything to which most Finns are accustomed:

Many cafés; there, too, a new kohvik

In a few days, we’ll also have

Our favourite café, and there our own table…”

The Piccadilly kohvik at 15 Pühavaimu in the heart of the city has grown to be my personal favourite. A soundtrack of fantastic music, two intimate rooms furnished in tasteful hipster style, and a nice menu including confectionaries, full meals and cocktails create a milieu that feels not Finnish but rather Central European. A perfect setting for a relaxing evening sit-down after a long day of tourist exploration, or a bout of daytime people watching while sipping on a Cappuccino. Another favourite of mine is the Supelsaksad café (32 Nikolai), whose (usually) sunlit terrace is an excellent choice for a tasty lunch enjoyed at a leisurely pace.

The allure of Pärnu is in my view best explained by the atmosphere of authenticity that awaits those who venture outside the very centre of the city, on which modern ‘development’ is, to a frightening degree in certain parts, leaving its mark. A mere half kilometre from Rüütli, the city’s main thoroughfare, in any direction – but especially to the southeast – lie old wooden houses in the Estonian style, charmingly scattered about. With only few exceptions, they are accompanied by blooming yet cosily untamed gardens dotted with apple and cherry trees, berry bushes, vegetable and flower patches, and piles of wooden logs. The self-sufficient way of life that held great importance to all but every Estonian until very recently remains conspicuously visible, and a few rough edges here and there are much more readily accepted than in Finland or – especially – Sweden. A stroll southeast from, say, Supeluse, a park avenue leading to the waterfront, along the Karusselli, Aisa, or Karja streets is a festival of building and garden culture.

The diversity of its houses and buildings is one of Pärnu’s (and many other Estonian cities’) delightful little idiosyncrasies, with beautiful functionalist buildings side by side with dilapidated wooden houses which, despite their run-down state, have not been abandoned. Such vistas greet visitors along certain stretches of Supeluse, for example, which is also home to what is perhaps the most exquisite building in all of Pärnu. Located at number 21, it presents an intriguing mystery. Aside from a few years during which it housed an Italian-style restaurant with an elegant patio, the building has stood empty and unused. How can this be, given its breathtaking beauty?

Pärnu has long been known as Estonia’s summer capital, but it also has a long and notable history of settlement, which stretches back as far as 11,000 years ago. Another historical highlight for Pärnu’s inhabitants is the proclamation of the Estonian Declaration of Independence on 23 February 1918, which took place at the city’s Endla Theatre.

Having visited Pärnu every summer (with only one exception) since 2007, it has become an unmissable estival destination for me. Next on my to-do list while there is the summer exhibition of the Museum of New Art, which always carries the name “Mees ja naine” (“Man and Woman”), consisting of experimental pieces, images in a range of formats and other highly creative installations. Contrasting with the beauty of the exhibition is the modest, typically Soviet-era (and appropriately shabby) building in which it is housed. It is also fitting that the building in question served as the headquarters for the local unit of the USSR’s Communist Party until the fall of the Iron Curtain almost three decades ago. But while it is in need of swift renovation, the prospect makes me slightly apprehensive. But if renovated, could the museum, which surely generates only little revenue, continue to use the premises any longer? And if not, where could it find a new home?

Losing the annual exhibition would undoubtedly detract from Pärnu’s summery appeal, but the city also offers other attractions. For example, several Pärnu summers have been graced by experimental theatre and music pieces performed under the name “Suveaaria”, often in unique venues. One such venue that springs to mind is the old school yard in the city centre (26 Nikolai), where I’ve enjoyed unforgettable experiences in the gathering July twilight. Eliisabeti Kirik, also on Nikolai, offers summer visitors small, intimate performances of classical music. But as summer draws to an end, Pärnu quiets down:

“The silent port of a yacht club

Of course, nobody’s at the beach.”

These are the closing lines of Ultra Bra’s autumnal song “Pärnu”. I’ve personally only ever visited the city in summertime, and it’s not unheard of to find its sandy beach empty then, either, as the weather isn’t always willing to accommodate potential bathers. But most of the time you would find it teeming with them. The beach is also one of summery Pärnu’s sports centres, with beach volleyball its undoubtedly most popular active pastime. My personal favourite among the beach restaurants, bars and cafés is the peaceful “Ranna Kohvik”, whose sunny terrace looks over the beach and provides a perfect spot for reading and people watching while enjoying a coffee or a cold beer (they also make an excellent solyanka soup). The rather audacious crows that are a permanent feature of this charming kohvik add a final touch of uniqueness to its atmosphere.

Now that it is advisable to limit travelling by air, Pärnu is worth considering as an excellent destination for a relaxing holiday that also has much to offer to active tourists. And at only two hours from Tallinn, it is not unreasonably far away, either.

[1] It is highly recommended that the reader first listens to this Ultra Bra number, whose lyrics were written by Anni Sinnemäki and music by Kerkko Koskinen.