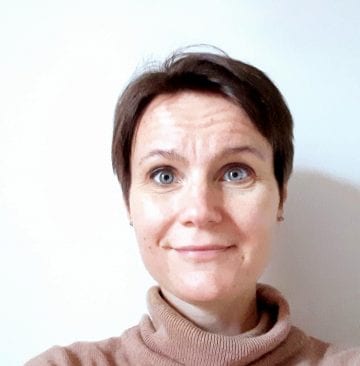 This year is the 80th anniversary of the Karelian Association in Finland. The anniversary year provides a good opportunity to discuss Karelia also in a wider perspective, as I’m going to do in my ethnographic doctoral thesis starting this Spring.

The Karelian Association was established in April 1940 after the end of the Winter War. Its purpose was to support and unite the war evacuees, who had to leave their homes in Karelia. The second and the last wave of evacuees was forced to leave Karelia after the Continuation War in 1944. In accordance with the peace conditions, a new, final border crossed the Karelian areas in south-eastern Finland. The Karelian Isthmus and the Ladoga Karelia passed to the Soviet Union, and the inhabitants, approximately 400 000 refugees, had to be resettled elsewhere in Finland.

The evacuees had, in many cases, difficulties to start their lives in the new surroundings. The places, the landscape, the local dialects, the traditions – everything was unusual for them. At the same time, they brought their own cultural characteristics to the new areas. Such food as Karelian pasties, for example, have become common all over the country during the last decades. The evacuates also had their significant contribution to the reconstruction of the country and to its economic growth, and over the years, they integrated with the local population.

There was no access to the former homes anymore, but the lost Karelia was remembered, both in families and at the official level, by the Karelian Association. The narrative of Karelia began to include feelings of loss and being evacuated. Karelia become a place of memories and utopias, with nostalgic shades of remembering, when the Karelians themselves were physically located somewhere else.

My own research questions concern, however, Karelians from the region South-Karelia, which after the Second World War remained on the Finnish side of the border. While the lost part of Karelia stayed in memories, this part of Karelia continued its development together with the rest of Finland, going through the manifold transformations of society. Nowadays South Karelia consists of municipalities Lappeenranta (incl. former Joutseno, Nuijamaa and Ylämaa), Imatra, Ruokolahti, Parikkala, Rautjärvi, Luumäki, Lemi, Savitaipale and Taipalsaari. In 2019 the number of inhabitants of the region was 128 054. The population has declined continuously – in 1992 it was 139 907. One of the reasons is migration within Finland. Especially young people tend to move to away because of better education and employment possibilities mainly in the capital area.

My doctoral thesis has an autoethnographic starting point. I grew up in South Karelia, and like many others, moved away from there after the upper secondary school. In my research I’m interested in the memories and experiences of people like me, who are born in the 1970s, who spent their childhood and youth years in South Karelia in the 1970s and the 1980s, and who as adults are now living somewhere else in Finland. My questions at this point are complex: How was the childhood and youth in South Karelia those decades? How do they remember the region, and, in their opinion, what was there Karelian? How was it to grow up near the border to Soviet Union, which in that time was almost totally closed?

The identities of the interviewees interest me, as well. Do they identify themselves as Karelians? In addition, I want to find out how visible is the narrative of evacuate Karelians in this context and do the possible evacuee background of the family or possible participation in the activities of the Karelian Association have any influence on the identification. Is there, in general, anything, that would unite the South Karelians the same way as the Karelian Association united the evacuees after the war? And what about the old stereotypes of different tribes in Finland – will the ones of Karelians be repeated in my research material?

The situation of the generation born in the 1970s is, of course, not comparable with the dramatic stages of the war evacuates. However, up to a certain point, one can talk about forced moving also in this case. Unlike the evacuees, they can, though, easily return to their former home places, if not for permanent living, at least for a short visit to relive the memories. So, which connections do the interviewees still have to South Karelia at present? Parents or a summerhouse, for example? When thinking about the future, could they imagine moving back to South Karelia, and if, under which conditions?

Perhaps the potential returnees, multilocal lifestyle, multiple residences and remote working could bring something positive to the development of South-Karelia and the Karelian culture in the 2020s.