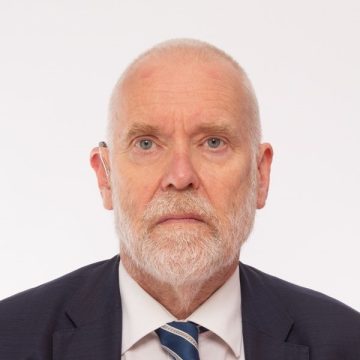 During my diplomatic career, I have had the privilege to work in Russia and with questions related to Russia for many years. My first posting abroad was in Moscow in the late 1980s. Later, I served as Ambassador to Russia between 2008 and 2012, in a completely different country.

In the past three decades, also Finland has changed. In 1995, Finland joined the European Union. This meant that Russia became a neighbour to the EU. Finland has actively participated in developing the union’s Russia policy. Currently, EU-Russia relations are in a difficult situation. The grave problems date back to 2014, with the illegal annexation of Crimea and the conflict in Easter Ukraine. Sanctions adopted by the EU in reaction to these events remain in force today. Lately further problems have emerged, including the treatment of Russian civil society and opposition, most notably in the case of Alexei Navalny. Despite our fundamental differences of opinion, the EU has stayed open for dialogue with Russia on key questions, such as combating climate change and many international issues.

Our relationship with Russia is summarized in the latest Government Report on Finnish Foreign and Security Policy from 2020. It states that Finland cooperates and engages in dialogue with Russia on bilateral issues, the international situation and security, global challenges, such as climate and environmental issues, and Baltic Sea and Arctic region issues, and promotes economic relations between the countries.

With over 1300 kilometers of shared border, relations with Russia are based on concrete cooperation and contacts on many levels. President Niinistö and President Putin have a well-working dialogue, and Prime Ministers, Foreign Ministers and other members of the Finnish government have discussions on a broad agenda of questions with their Russian counterparts.

While contacts at the political level are important, it is often the regional level contacts that bring very tangible results. Just one local example of cooperation is the construction of a bicycle lane between the border towns of Imatra in Finland and Svetogorsk in Russia, financed through EU-funded cross-border-cooperation.

Regional cooperation also entails countries or border regions working together in regional formats such as the Arctic Council and the Barents Euro-Arctic Council. The Northern Dimension is a joint policy of the EU, Russia, Norway and Iceland. Successful examples of cooperation are the wastewater plants of Saint Petersburg and Kaliningrad, which have played a big role in the cleaning of the Baltic Sea.

Regional cooperation also promotes people-to-people contacts, which are an important part of Finland’s relations with Russia, and one of the EU’s priorities as well. We hope to welcome Russian tourists back to Finland soon, when the pandemic allows this. Russians are normally the biggest group of foreign tourists in Finland.

The pandemic has affected trade between Finland and Russia, but this year we are gradually getting back to pre-covid figures. Even throughout the pandemic, trade has continued and cargo has been able to cross the border. This would not have been possible without good cooperation between our border authorities. Joint efforts also encompass maritime security in the Gulf of Finland, where Finland, Estonia and Russia have set up a mandatory ship reporting system.

Russia is Finland’s third biggest trading partner, after Sweden and Germany. Imports from Russia consist mostly of oil and gas. How this ratio will evolve in the years to come will be interesting to see, as Finland is aiming to become carbon neutral by 2035 and carbon negative soon after that. Meanwhile in Russia, businesses are starting to look for greener ways to operate, and we hope to share Finnish know-how with them.

We have a long tradition of cooperation in the forest sector between our countries – and the future looks promising as well. Three quarters of Finland are covered with forest and we have excellent expertise in management and sustainable use of our forests. Russia aims to develop its forest sector in the years to come and as the country with the world’s biggest wood reserves it is a natural destination for Finnish know-how. Forests also have a central role in mitigating the impacts of climate change.

Culture is another important part of our bilateral relations. In the midst of the pandemic this year, Finns had a unique possibility to admire the masterpieces of Ilya Repin at the Ateneum Art Museum in Helsinki. This exhibition was a remarkable achievement of cultural cooperation between Finland and Russia.

Last year marked the 100th anniversary of diplomatic relations between Finland and Russia. The one hundred years have witnessed very different periods in our relations as well as generations of Finns working on Russia-related questions. It seems clear that also in the years to come the many aspects of our relations with Russia will keep us busy.