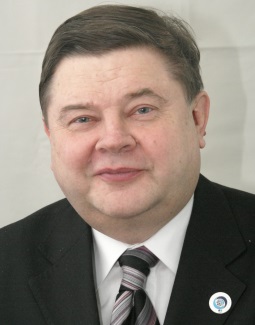 In the second decade of the 21st century Russia acts a global power. Its current confrontation with the West is not as tough as it has been during the Cold War. Yet it is not less dangerous given a more difficult manageability of the international processes and their significantly diminished predictability. Russia has also galvanized its foreign policy in many other directions. The declared ‘Pivot to the East’ allowed Russia to avoid isolation, but the effect of the pivot proved to be limited. Russia’s and China’s seemingly joint policies on numerous issues, including opposing the USA, complemented each other, but this did not lead to a military alliance or the transformation of the SCO into an ‘eastern NATO’. Russia and Iran supported Syrian president al-Assad; yet significant contradictions and mutual distrust emerged between them. There were no qualitative changes in the relations with India, Vietnam, South Korea, Singapore, Indonesia, Japan and other influential countries of the East either. The post-Soviet states took a very cautious position trying to avoid involvement in the confrontation between Russia and the West. Moscow would still like to welcome the arrival of a wide-ranging cooperation in Eurasia, but, according to many experts, there is a belief  that Russia is bound to a long international solitude with only few partners.

Russian politicians tend to make their judgments and decisions from a point of view rooted in aggravation of the current confrontation. Now, it is proceeding within several dimensions.

First, it is an arms race. The world is witnessing an erosion of the whole preexisting system of arms limitation treaties, and prospects of their replacement by new ones are not in sight yet. Moscow proceeds from the premise that the turbulence existing in the contemporary world not only will continue, but also grow. The fact that, recently, the Russian leadership is increasingly frequently talking and speaking about a possibility of war (including nuclear) most likely testifies to their possible adherence to this dangerous scenario, although some of these declarations seem to have a rather polemical value. All in all, the military factor in Russian foreign policy will undoubtedly remain very strong.

Second, Russia strives to counter the United States almost everywhere. Therewith, the Russian leadership is countering colour revolutions, which are viewed as very dangerous precedents. Preventing such events from happening and developing allows Moscow to flex it muscles and show its capability to act as equals to the USA on a global scale. In almost any spot of the globe where a conflict emerges, Russia supports the side confronting  the USA.

Third, Moscow strives to play, to the fullest extent, the card of contradicting and even challenging the West. Thus the upper classes of the Russian society are tend to be convinced that the ‘historical West’ is declining and its inner problems and contradictions will grow. The influential circles also consider that President Trump’s unilateral actions will lead to a weakening and possibly a breach of the transatlantic ties, and Brexit will cause a domino effect in the entire EU.

Fourth, there is an active propaganda campaign delivered through both the traditional media and the Internet. The main aim of this campaign is to cause greatest possible difficulties for the western establishment; whereby the radical left and the right in Europe are particularly targeted.

Foreign-policy attitudes and sentiments of the Russian society are not as monolith as they could appear to an observer.

Despite the fact that, economically, the West surpasses Russia many times over, Moscow is convinced that Russia’s economy has been adapted to the sanctions, the domestic political situation is under a full control, and Russia will be able to resolve the confrontation successfully: the West will eventually get exhausted of its own sanctions and will gradually lift them. Therefore, high stakes are placed on delivering as much harm as possible to the West, and primarily the USA, by neglecting the losses Russia itself could sustain. Even though Russia has identified almost all the vulnerable economic and political “spots” of the West, Moscow does not possess the necessary potential to coerce the West to agree to retreat. At the same time, Moscow is certain that the West will perceive whatever Moscow’s concessions as a manifestation of weakness, and not as a readiness for compromise, and will only raise its demands. Therefore, Russia can now offer hardly anything to the West to bargain or negotiate. Finally, a shift in Russian foreign policy can disturb the formed consensus among the elites in Moscow.

Foreign-policy attitudes and sentiments of the Russian society are not as monolith as they could appear to an observer. The “Crimean euphoria” of 2014 is gradually evaporating, the confrontation fatigue is growing, although the population by no means always links a decline in the living standard with international affairs. The attitude towards the West is also gradually changing – it is by all means as not as hostile as that one of the upper classes of the society. Yet, here too, the readiness to make political and other concessions to the West is insignificant.

At the present time, almost all western experts we have interviewed do not see any strong prospects of an improvement of the relations with Russia. The majority reasons that the Russian foreign policy has deep ideological and cultural roots and does not depend on the personal qualities of leaders; others believe, however, that changes may happen as soon as a new generation of politicians comes to power. Similar discussions are taking place among Russian experts too. However, it is obvious that, in the short-run, Russia’s ruling circles have sufficient resources and beliefs for pursuing the current foreign policy and will hardly inclined to change it.