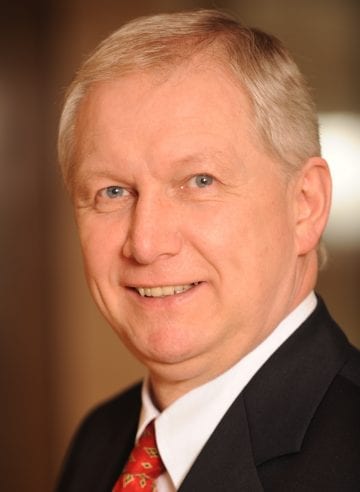 While industrial products, especially within the automotive industry, as well as fuel oil qualities have been changing for decades, bunker fuel quality for larger vessels inside the Baltic as well as on open seas has remained relatively unchanged. In 2008, the International Maritime Organization (IMO) adopted some key amendments to Annex VI of the International Convention for the Prevention of Pollution from Ships (MARPOL) regulation. With the effective date of January 1, 2020, the IMO´s new regulations (IMO 2020) limit the sulfur content in marine fuels that ocean-going vessels use globally to 0.5% by weight, a reduction from the previous limit of 3.5% established in 2012.

The easiest source of low-sulfur fuel for ships are Low or Very Low Sulphur Fuel Oils (LSFO, VLSFO) or even distillates, named MGO marine gasoil. There are various qualities of distillates available in the market, and most of them is diesel-range material. As there is now a new trade-off between distillates for automotive versus global shipping, biggest fear over last few years was availability of sufficient low-sulphur distillate as bunker fuel for global shipping.

Diesel-range material is far more valuable than residual material because of its ability to blend into various qualities. Already in the past there was a spread of approx. 200 USD per mt from HSFO to MGO, and this spread has widened early 2020: Rotterdam bunker fuel prices e.g. for HSFO in 2018 oscillated around 400 USD/mt, with autumn peak of 480, and a winter low of 300 USD. In December 2019 the price reached low levels of 275,- USD/mt.

Rotterdam bunker fuel price for MGO oscillates around 580 USD/mt in 2018, and early 2020 the price slightly increases up to 590 USD. The gap to HSFO has been widened, but not because prices for MGO increases, but because of falling prices for residual fuel HSFO due to lack of demand. However, even with no change in current pricing conditions, switching to marine gasoil would significantly increase fuel costs for shippers.

Liquefied natural gas (LNG) is yet another alternative for shippers. But the high cost of engine and infrastructure conversion and the logistics of onboard storage (LNG tanks take up considerable space) will likely dissuade a critical mass of shipping companies from pursuing it, at least in the near term; and it is still fossil fuel.

Another – and still fossil – option could be using HSFO plus the installation of a so-called scrubber, a technology that removes polluting sulphur emissions from ship exhaust. This could be a viable choice, but retrofitting a vessel requires an investment of up to $3 million USD. A low-cost scrubber version is the so called “open loop scrubber”, but this could prove to be a short-lived option, given environmental concerns about putting sulphur directly into the water. In 2019 several ports announced bans for ships with open loop scrubbers. As a matter of fact, there are only around 3,000 scrubbers installed early 2020.

Atomic, wind and solar are only theoretical non-fossil options because of security reasons or lack of reliability and availability. As supportive solution or for e.g. auxiliary engines wind and solar may be future options, but not as source of energy for main engine.

What is missing are real non-fossil options. Swedish ferry operator Stena Line operates since 2015 the “Stena Germanica”, the first vessel using Methanol as fuel. Other operator in Norway and Germany in the meantime use Methanol as bunker fuel for their vessel as well, because it requires only minimal retrofitting, and it can be handled similar to MGO or Diesel; i.e. most of the existing infrastructure can be used – this is the huge advantage compared with LNG.

Until today the Methanol used is so-called “brown methanol”, made of coal or petroleum gas, but the clear direction must be to produce “green methanol”, i.e. a synthetic fuel, based on electricity, water and existing CO2. First installations, also in ports, are under way, and this would be the first real green alternative, also for long haul vessels on open seas. Green Methanol is a big step towards climate neutrality. The required power comes from renewables – and CO2 is recycled intelligently.

Biggest disadvantage of methanol is low density, but for being really green and producing zero additional emissions, this is a price the industry has to pay. Methanol is a realistic alternative for next decades as it requires minimal changes in super- and infrastructure. And this time can be used to increase R&D activities in further optimistic options like ammonia and hydrogen.