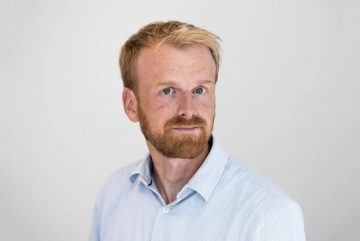 The dogs may bark, but the caravan moves on. Russia’s state-owned gas company Gazprom gave an update on progress of the construction of the Nord Stream 2 gas pipeline in early April.

According to the company, 978 kilometers of pipe had been laid in the bottom of the Baltic Sea, about 40 per cent of the total length of the pipeline consisting of two pipes of 1225 kilometers each.

Recent obstacles have not slowed down the massive pipe-laying vessel ploughing the Baltic. Denmark announced in March that it will open another environmental assessment for the segment of the pipeline’s route that would run in Denmark’s exclusive economic zone south of Bornholm Island. A leaked letter revealed that Nord Stream believes this can cause a long delay to construction.

In February the EU agreed on revised gas market rules. Although watered down, the revision opens the possibility of extending the EU’s rules separating gas pipeline ownership from production to pipelines crossing into EU territory from third countries.

Germany managed to gain a provision that effectively allows German authorities to apply for an exemption to the ownership rules for Nord Stream 2. But the legislation opens the possibility for opponents of the pipeline project to take the issue to the European Court of Justice.

And then there is the position of the United States, which has threatened companies involved in the construction and financing of Nord Stream 2 with economic sanctions.

And then there is the position of the United States, which has threatened companies involved in the construction and financing of Nord Stream 2 with economic sanctions. The U.S. has voiced concerns over European dependence on Russian gas, and of Ukraine losing gas transit income as a result of the new pipeline bypassing the country.

American motives may not be purely altruistic. It promotes the use of U.S. liquified natural gas as an alternative to Russian pipeline gas in Europe. The EU, eager to avoid a flare-up in its trade war with the U.S., is keen to prove that it is already a good LNG customer.

The European Commission issued a press release in March stating that EU imports of LNG had increased by 181 per cent since Commission President Jean-Claude Juncker met President Donald Trump in July 2018.

The numbers appear tailored to please Trump. The press release bizarrely speaks of a cumulative increase since July, not month-on-month, which would give a lower figure. At the same time, there is no mention of gas imports from Russia, which dwarf American LNG.

But the pipeline forges ahead despite the headwinds in zoning, regulation and potential sanctions. The reasons for its resilience can be found in both ends of the pipeline.

On the one hand, Russia has an interest in selling its natural gas to the Europeans. The pipeline will provide the state with a predictable and stable source of income for decades. It may also provide political leverage.

Germany has decided to decommission not only its nuclear plants, but also its coal and lignite power stations. Renewable energy will not be able to replace the massive power generation capacity disappearing from the market. Natural gas is cleaner than coal and is needed as a medium-term solution for crossing the bridge to clean energy.

Finland has more at stake in Nord Stream 2 than many other European countries.

Finland has more at stake in Nord Stream 2 than many other European countries. Finland’s state-owned utility Fortum recently bought a majority stake in German Uniper, which is one of the shareholders in Nord Stream 2. Finland’s former Prime Minister Paavo Lipponen has been lobbying to promote the pipeline.

The official Finnish position on Nord Stream 2 has been to consider it as purely an environmental question. This differs from the positions of Sweden and Denmark, let alone those of the Baltic states.

Coincindentally, Finland is much more reliant on Russia for its gas deliveries than the other Nordic countries, which import natural gas mainly from Norway. State-owned gas monopoly Gasum negotiates gas prices with Russia’s Gazprom, which is building the pipeline.

“Finland has no national special interest either for or against the project”, said Prime Minister Juha Sipilä in response to a parliamentary question on Nord Stream 2 in 2016.

But what is the European interest?

The critical camp is led by Poland and includes the Baltic states as well as Denmark and the U.K. Their argument is that Nord Stream 2 gives Russia another lever it can use in its dealings with the EU, and will put Ukraine in a precarious situation with a loss of gas transit fees and the increased risk of Russia cutting off supplies.

Nord Stream 2’s added capacity of 55 billion cubic meters per year would be just about sufficient to replace the amount being currently transited through Ukraine.

On the other side of the debate are Germany and the Netherlands, which needs new sources of gas to compensate for its own declining production. Austria and Belgium support the project because their companies have invested in it.

Seven years after the launch of the EU’s Energy Union – aiming to reduce dependency on Russian energy supplies — a unitary European position towards Nord Stream still does not exist. Conflicting national interests continue to override the search for a European position.