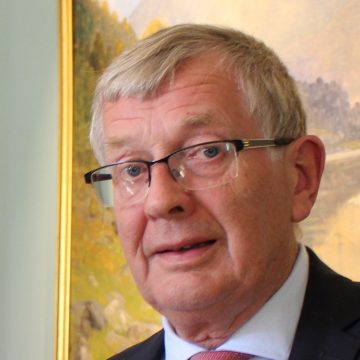 The corona crises is a transboundary, complex and creeping mega crisis that tests the limits of what public administration is organized to handled. It is lot of ambiguities regarding goals and values, uncertainty regarding means-end relations, and important decisions must be taken under great urgency.  It is a stress test for the government crisis management and both governance capacity and governance legitimacy are necessary for a well performing crisis management.

In international comparison Norway is a well performing country in managing the pandemic. In a comparison of 98 countries Norway is ranked as number 18. Also in  Nordic comparison Norway scores well. As of May 4 2021, the death toll per 100,000 is 14 compared to 17 in Finland, 43 in Denmark and 138 in Sweden.

The government was however able to improvise and make quick decisions March 12 2020. It  pursued a suppression strategy. The major decisions were taken by the cabinet in close collaboration with the expert agencies. The political leadership deviated in some major decisions from the advice given by expert bodies, and generally opted for more radical measures following a ‘precautionary principle’.  The national restrictions and regulations were the strongest in Norway after World War II, but it was not a complete lockdown and curfews.  The regulations had a broad scope, gave priority to health over economy and social concerns, to standardized national regulations over local flexibility, were more top-down than bottom up, and it was a combination of mandatory regulations and more soft advice.

Overall, the political elite was cooperative and there was no mass polarization. The crisis management strategy was collaborative, involving stakeholders in society as well as bipartisan consultation within the parliament. There were some role conflicts between the Directorate of Health and the Institute for Public Health and NIPH and also between central and local authorities regarding national and local regulations. In general, the re-regulations have brought more criticism against the government.

The prime minister and the minister of health played an important role in communicating with citizens and the media through daily media briefings, together with the administrative and expert bodies, appealing to solidarity and the slogan was ‘united we stand’.

Overall, the crisis communication was characterized timely and repeating messages and advises for actions revealing uncertainties and the regulations were loyally followed up by the population. This communication strategy had, however,  some challenges during the third wave because the different measures were shifting and unstable and ambiguously communicated which could make it a bit unclear what was the right thing to do for the people.

The process of making sense of the crisis played out in a context of high mutual trust between political and administrative/expert authorities. The process followed the Norwegian governance style of collaboration and involvement with affected stakeholders and the political opposition. Overall citizens’ trust in government increased significantly from an already high level during this crisis. Trust in government, in the health authorities and in politicians increased. This general increase in trust reflects the alleged common communication strategy on working together.

The Norwegian crisis management in response to the corona pandemic so far is an example of rather effective decision-making, handling and making sense of the situation. This must be understood in the context of competent politicians, a high trust society with a reliable and professional bureaucracy, a good economic situation, a big welfare state and high-quality care in hospitals. Fundamental political decisions were taken in collaboration, thus enhancing the ability to make sense of the situation as it unfolded.

The main lesson learned from Norway is that despite a lack of preparedness, the government managed to control the pandemic rather effectively by adopting a suppression strategy followed by a control strategy based on a collaborative and pragmatic decision-making style, good communication with the public, a lot of resources and a high level of citizens’ trust in government. Prompt responses and improved contact tracing enhanced the rather well performing crisis management.

A comparative advantage for Norway in dealing with the pandemic is the small population with a low population density, a cohesive and resilient society, capable institutions, high citizens trust in government and in their leaders who preside over a competent and effective state and its administrative apparatus. Thus, state capacity, leadership and social trust matter for the management of the COVID-19 pandemic and crisis management is most successful when it can combine democratic legitimacy with government capacity and leadership.