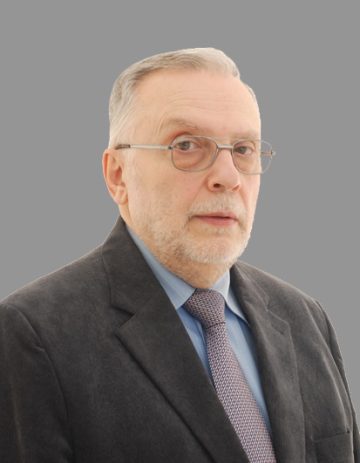 The British liberal economist, John Atkinson Hobson, in his famous book, Imperialism, A Study (1902), showed that imperialist policy as a whole should be considered irrational from the point of view of the nation since the costs of wars and armaments far exceeded the economic benefits obtained. At the same time, he singled out the manufacturing which is financially interested in imperialist politics. For the continuous expansion of production in manufacturing, the framework of only one country is insufficient and an increase in the demand for goods produced by this sector of the economy is facilitated by investment and the creation of manufacturing firms in colonial countries.

Modern economic imperialism in Russia is fundamentally different from the Hobson theory. So, a little over a hundred years later (2003), the well-known article of the Russian economist. Anatoly Chubais, “Mission of Russia in the XXI Century,” was published, in which the concept of the liberal empire of Russia is offered. According to this concept, Russia should control the post-Soviet and adjacent space not by military means but by using economic tools. In particular, such a tool is the acquisition of economic assets in this space in the course of privatization. Using exclusively economic tools, and excluding the use of military actions, such an empire was created by Russia, one which Chubais called liberal.

In building a liberal empire, energy resources, which are used to increase the energy dependence of certain countries from Moscow, are far from the last place.

Thus, the main distinguishing feature of Russian economic imperialism from Hobson’s above-mentioned concept is that if, according to Hobson, the creation of an empire brings economic benefits to manufacturing, then the Russian liberal empire “sacrifices” economic benefits in favor of establishing and strengthening Moscow’s political control over the countries involved in this empire.

The most vivid example of the subordination of economic interests to political interests is the Eurasian Economic Union (EAEU), which began functioning on January 1, 2015, and which currently includes five countries—Armenia, Belarus, Kazakhstan, Kyrgyzstan and Russia.

The EAEU as a Customs Union establishes restrictions according to which, within the Union, exports are not subject to customs duties. At the same time, the customs duty on exports is levied only when crossing EAEU borders due to which part of the income (resource rent) owed to Russia is redistributed in favor of other EAEU members. Thus, when creating the EAEU, Moscow deliberately abandoned part of the income from oil and gas in favor of other member states of this Union. Consequently, the main economic interest that determines the integration process in the EAEU is based on the mechanism for redistributing revenues from oil and gas.

By supporting the authoritarian regime of Lukashenko, Moscow increased its influence on Minsk with economic and political instruments as well as military assistance.

In the context of the COVID-19 pandemic, the international oil market is particularly turbulent. At the same time, the supply of food is of paramount importance. As a result, for the Kremlin, Russian grain is becoming a “new oil” which is also caused by the global transition to a “green economy.”  Due to the increase in grain production in Russia in recent years, the so-called “Wheat Diplomacy” has become a priority for Moscow which naturally fits into the scheme of Russia’s economic imperialism.

To realize its imperial ambitions, Moscow does not shy away from using such methods as cyber-attacks, poisoning, etc.

It should be emphasized that building a liberal empire using exclusively economic tools does not in fact exclude the use of military actions, if necessary. The most notable examples are the five-day war with Georgia in August 2008 and Russia’s unofficial hostilities in Eastern Ukraine that began in 2014. In 2008, Moscow recognized the state independence of the two Georgian regions occupied by Russia—Abkhazia and South Ossetia and began their gradual annexation. And in 2014, Russia annexed Crimea.

Thus, Russia’s modern economic imperialism, if necessary, can be “supplemented” by the use of military force which naturally makes its liberal character very, very conditional.

“Becoming European: Challenges for Georgia in the XXI Century” is the latest book of Vladimer Papava.