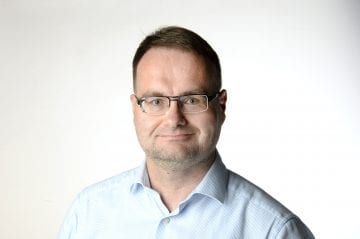 The Finnish general election ended in a seemingly expected result. But there was a big difference from debates before. Almost nothing was said about foreign policy and Finland’s geopolitical place in the world.

On the face of it, no big news broke. Finns voted actively (at least the 72% of us) in the parliamentary election of April 2019, and a pro-European coalition government led by the largest party, Social Democrats, is likely to be formed soon. All good and swell, isn’t it?

Below the surface this campaign was far from run-of-the-mill.

The increasingly nationalist and inward-looking True Finns party (in English they call themselves simply ‘The Finns Party’) finished extremely close second, only narrowly escaping the opportunity to assume the duties of a government negotiator. Its chairman never had a true shot at becoming the prime minister, really, because of the dissonance with every other party, but this cliffhanger result merits a closer look.

In the run-up to the 2019 election, it was social security, immigration policy and climate change that dominated the debate, alongside some very Finnish quarrels about what your attitude is towards raking the forests.

One thing was missing in the election debates and it was the one that often defines Finland in the eyes of international observers. Nothing new was uttered about the key questions of foreign policy, or Finland’s place in Europe and the world. At least not in the traditional sense.

True, the party leaders did address the 64 or so fighter planes the Finnish Air Force is going to be bought, to replace aging Hornets. The Social Democratic frontrunner Antti Rinne talked some about Africa and the need to employ its youth, but that too was mainly for the domestic crowd. I remember the liberal conservatives of National Coalition Party and Greens stressing the importance of keeping Europe open and integrated. The Center, well, voiced some centrist views. The nationalist populists rumbled on about returning border controls, stopping development aid, maybe dismantling the EU, and not fussing about global issues such as climate change as they are not our responsibility but the Chinese’. Those ideas were too strange to even consider.

This wasn’t your grand old foreign policy debate about Finland leaving its ‘option’ open to one day possibly join NATO, with carefully decisive wording, while also quietly increasing the level of co-operation and participation with the alliance. Nor did Russia and its expansive attitude towards smaller neighbors play any major part, apart from the fact that everyone now seems unusually and totally satisfied with the Finnish president Sauli Niinistö’s handling of issues, including his meetings with Putin.

Even Donald Trump was not mentioned much, mostly as a mere symbol of all things chaotic in our troubled times, alongside with Brexit (will that mess ever even happen).

You guessed it. Europe was also not at the core of Finnish politics.

You guessed it. Europe was also not at the core of Finnish politics. We are a member of the EU and it’s crumbling, but no-one seemed to ask what Finland’s policy concerning Brexit is. Did the prime minister even speak in the wee hours of the latest Brussels meeting, behind closed doors? No-one cared, as we knew Finland’s position on the timetable was characterized as ‘flexible’.

Back in the 90’s, and even early 2000’s, leaked documents or uncareful statements about Finland’s relations with the West or Russia could decide elections. Partly that was unhealthy, unnecessarily worried glancing over one’s national shoulder, always fearing for the worst (read: waking the bear). The positive effect of these constant discussions was that Finnish top-level politics always demanded both knowledge about foreign relations and insight into how decisions are made on world stage. Now, only a handful of Finnish political leaders seems interested.

Even Sweden does not get under our skin. As late as two years ago I took part in a closed media briefing in Helsinki, on the highest levels of security politics, and addressed was the possibility of Sweden applying for NATO after the right-wing block would have won its general election of 2018. Of course, that never happened and now both Sweden and Finland march on under the ‘No for NATO membership forever’ Social Democratic drumbeat. So, no need to discuss anything here either.

Finland’s elites seem more united than ever about foreign policy, if you choose to ignore the risky and provocative EU statements of our second largest party, True Finns.

Here are the cornerstones if you missed them. Finland is and will be an EU member and a founding member of Eurozone. Finland will diligently make sure it stays as close as possible to NATO and its key member states in guaranteeing our national security, without joining. Finland will continue to support a rule-based, law-based and institutions-based international order, the UN, and of course human rights, while not making any large gestures as the right-minded Swedes might, by refusing to talk to autocratic leaders or others who do not share our core values. Putin, Trump, Xi or anyone with any leverage is gladly welcomed in Finland, both because a small nation needs the channels and because it loves to get the spotlight.

This said, there is a deafening silence in Finland in terms of a foreign policy debate. If during the Cold War Finland’s position could not always be talked about openly, now it’s just not talked about. Everyone seems happy with the status quo. Only problem with this approach is that the state of things around us is far from stagnated. One day soon the distant cries of the next turmoil on our doorstep will again echo in Helsinki, and it will be hard to remain happy with what we had now, as nothing stays the same.

Russia has always both fascinated and defined us as Finns.

Russia has always both fascinated and defined us as Finns. Finland’s seventh president J.K. Paasikivi lived through the most troubled times of our nation, and he used to say: ‘Look at the Map’.

Russia’s largest European neighbor, Ukraine, is, since the year 2014, defending itself and our democratic Western alliance on the frontlines of a war initiated by Russia, but strangely enough, even the thought of this does not touch the hearts and minds of Finnish voters at the polls.

Everyone’s favorite history novel and movie in Finland is Väinö Linna’s The Unknown Soldier. Many remember sequences from the epic by heart. There, as men from all regions and layers of society prepare for war, sparked by the unannounced first acts of hostility by the Soviet Union, a Finnish government minister is heard on the radio, and it could well be someone from the present-day Ukrainian government speaking.

“For the second time, in a short period of time, our men stand to defend their homes and fatherland. We wanted nothing else than to peacefully build this land, and develop it towards ever greater prosperity, but the power ambitions of our enemy did not allow for it. We could never want war, but at least as unable we are to give up our freedom, and independence.”

Along with its Nordic neighbors, Finland today is one of the best and most prosperous countries in the world, as proven by many indicators, thanks to both international order and favorable globalization and our own systematic work for generations on many fields of life, business and policy.

As some politicians would now like to close doors and windows quite literally, the mainstream of political leaders must not allow the closing of Finnish minds for European, international and global debates. Without foreign relations, in all their aspects, what would Finland be. And would it even be.