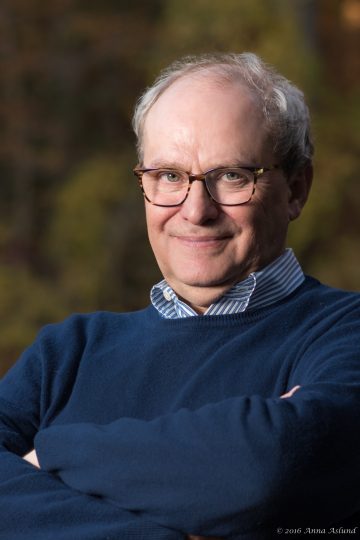 As most countries, Russia has been hit hard by the Coronavirus pandemic, but in Russia the pandemic has been characterized by four paradoxes.

First, the direct economic effect has been moderate, while the popular reaction has been quite negative. Second, as a highly centralized country, Russia should have been at an advantage when facing a pandemic, but counterintuitively the Kremlin delegated the crisis management to the regional governors. Third, by international standards the official Russian COVID-19 statistics appear pretty moderate, but alternative statistics suggest that Russia has been particularly badly hit. Fourth, Russia has been one of the pioneers producing no less than three COVID-19 vaccines on its own, but Russians are suspicious and have been particularly reluctant to be inoculated. How can these four paradoxes be tallied?

Few countries suffered less from an output decline in 2020 than Russia, officially only 3.0 percent, while many countries saw contraction of 10 percent. These disparities can largely be explained by the structure of the economy and the length of lockdowns. Countries with plenty of tourism, such as Italy and Spain, suffered more, but in Russia heavy industry remains dominant and Russians could not go abroad for holidays much in 2020, avoiding the usual currency outflows from tourism. Nor did Russia impose long lockdowns.

Curiously, Russians reacted more negative than most to the economic hardship, according to the independent Levada Center opinion polls. The Russian economists Vladimir Milov and Sergei Guriev argue that Russians were running out of savings. According to the official Russia statistics, personal disposable income fell by 11 percent from 2014-20. After six hard years, the Russian consumers were hit once again. Therefore, the public Russian perception of the declining output has been worse than the statistics indicate.

Initially, the Kremlin denied the coronavirus for some time and then played down its possible impact. When the Russian government turned its attention to the coronavirus, it uncharacteristically delegated its management to the regional governors. An important explanation for this uncommon approach was that President Vladimir Putin was caught out of balance. In early 2020, he focused on three issues — his national projects to boost Russia’s investments, the amendment of the Russian constitution, and a major victory World War II march. The coronavirus disturbed his plans and was given a delayed afterthought. Since the president was not ready to combat the COVID-19, this task was delegated to the regions. Given that the regional governors were not accustomed to act independently and possessed no independent political mandate, their performance fell short.

Much of the public discourse about the Coronavirus pandemic in Russia has been devoted to competing claims between the authorities and civil society about the number of cases. Russians do not trust official statistics. This has been true of many countries, but nowhere have the differences between the official and publicly-claimed numbers been as great as in Russia. The country recorded an increase in deaths of 323,000 compared to 2019, and the 2.12 million people who died in 2020 was the highest annual fatality count for at least 16 years. Russia’s population declined by 700,000 in 2020 and its life expectancy fell by 2.2 years in that year, while the brittle US life expectance declined by one year. A widespread suspicion is that Russia’s COVID-19 deaths of officially 110,000 as of April 28 are in reality four times higher.

In the spring of 2020, Russia adopted two economic anti-crisis packages to combat the negative economic effects of COVID-19, but these packages have been quite modest, and the Russian government has not done much to reinforce its fiscal stimulus. At present, Russia is one of the most fiscally conservative countries in the world. The reason is that President Putin wants to preserve his freedom of action. As a consequence, the Russian economy is expected to be one of the most slowly growing in Europe in 2021 at perhaps 3.5 percent.

Russia has done well in the development of new COVID-19 vaccines, showing the strength of its biological research. No less than three Russian research institutes have independently developed their own vaccines. Sputnik V has attracted the greatest attention. Strangely, Russia has successfully exported it to dozens of foreign countries, while Russians remain highly reluctant to be inoculated.

Although Russia has not fared particularly badly from the pandemic, it has failed to reach out. Many countries have accepted its COVID-19 vaccine, but it remains to be seen if this has really been to Russia’s advantage.

“Russia’s Crony Capitalism: The Path from Market Economy to Kleptocracy.” is the latest book of Anders Åslund.