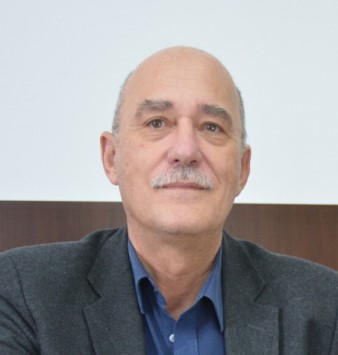 In the last decades the climate change effects became obvious and without effective measures for reducing the greenhouse gas emissions the changes can be even more dramatic in the future. The concept of Representative Concentration Pathway (RCP) has been defined in 2014 in the fifth Assessment Report (AR5) elaborated by the Intergovernmental Panel on Climate Change (IPCC). These pathways describe different possible climate scenarios, depending on the volume of greenhouse gases (GHG) emitted in the next years. The RCPs initially defined in AR5 are 2.6, 4.5, 6, and 8.5, being labelled after the radiative forcing values expected in 2100 (2.6, 4.5, 6, and 8.5 W/m2, respectively). In 2021, in the framework of the sixth Assessment Report (AR6), a new concept has been introduced by defining five different Shared Socioeconomic Pathways (SSPs). These SSPs are scenarios related to projected socioeconomic global changes up to 2100, presenting more complex and holistic perspectives of the future climate dynamics in direct relationship with different climate policies.

In this context, the European Green Deal, released publically in December 2019, presents the European strategy for decarbonisation, according to which the European Union is assumed to be climate neutral by 2050. An important step in achieving such ambitious target is represented by a significant enhancement in extracting marine renewable energy and offshore wind, in special. Although the offshore wind industry has increased exponentially in the last decade, the EU target assumed for 2050 is 300GW, being 25 times higher than the current European operating capacity of 12GW (in 2021). Such very ambitious goal involves both wide geographical extension and high technological advance. Europe is the world leader as regards extraction of the offshore wind. The first offshore wind farm (Vindeby) was installed by Denmark in 1991 in the Baltic Sea and it is still operational. Moreover, the Baltic Sea is among the coastal environments where the offshore wind farms have been systematically implemented in the last decades, with 18 operational wind farms.

An analysis of the wind power in the coastal environment of the Baltic Sea, targeting especially the average and extreme wind power conditions and focused on the main locations where wind farms operate, shows the expected trends. This analysis is ﬁrst related to the historical wind data considering the 30-year period 1976-2005. The results indicate that the locations corresponding to the wind farms: EnBW Baltic 2 (De), Anholt (Dk) and EnBW Baltic 1 (De) have the highest mean wind power, with values greater than 850 W/m2 (even than 1000 W/m2 for EnBW Baltic 2).  As a second step, relative to the 30-year time window corresponding to the near future period 2021-2050, projections of the expected wind power have been done considering the two most significant climate scenarios, RCP4.5 and RCP8.5. In the first RCP scenario, an enhancement of the greenhouse gas emissions until 2040 is presumed and a decline afterwards. The second scenario (RCP8.5) assumes that this enhancement will continue during the entire 21st century. The wind data delivered by the Regional Climate Model (Rossby Centre regional atmospheric model, version 4) was analysed and the results indicate a moderate increase of the wind power in the near future (slightly higher for RCP8.5). This is expected to be more signiﬁcant in the winter, while in the summer a small decrease is noticed. However, the general tendency for the wind power in the Baltic Sea is to increase. Another aspect observed is that, for the locations with high wind power resources, a higher seasonal variability is characteristic than for the locations with lower wind resources, as for example for the Swedish wind farm Lillgrund for which the wind resources appear to have a low variability along the year. A comparison with some other sea environments indicate similar trends of wind power enhancement in the North and the Black Seas, while in the Mediterranean Sea a small decay is expected in the future. On the other hand, both in the North and the Black Seas a significant enhancement of the intensity and frequency of the extreme events is expected with wind speeds often higher than 30 m/s. This is not the case of the Baltic Sea where the impact of the climate change appears to be less dramatic from the point of view of the expectations in terms of extreme events. This is favorable from the point of view of the operationally of the wind farms.

Finally, considering also the expected dynamics of the offshore wind sector, in correlation with the ambitious objectives defined in the framework of the European Green Deal, new coastal areas are going to be considered. From this perspective, it can be concluded that the Baltic Sea remains a very significant environment as regards the extraction of the wind energy.