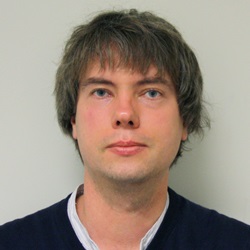 The COVID-19 pandemic has found most of Eastern European countries in March 2020 completely unprepared. At the same time, richer Western European countries did not share the resources they possessed and they exerted control by disconnecting supply chains to weaker states and their societies. Moreover, the amount of people who do not trust institutions such as the government or official advisory bodies in post-communist societies is known to be significantly higher than European average. From the perspective of scientific progress during more than a year of the pandemic vaccines are a success, but there were also great failures in terms of not experimenting enough with other possible treatments (pharmaceutics without or with an expired patent were extremely rarely trialed in COVID-19 context in Eastern Europe in comparison with the Americas or Asia). Thus, struggling with the waves of the epidemic can be seen simply as a preparedness deficit incorporating trust deconstruction in institutional (politicians, public officers, scientists) and systemic (entire political system or economy and its actors) dimensions. It caused an increase in negative attitudes towards national and international institutional actions taken by governmental and scientific agencies, pharmaceutical industry or health services.

With the failure of institutions, some roles of the state were fulfilled by civil organizations emerging ad hoc. Let us examine two examples in greater detail: 1) folk clinical trials (known by their participants as “guerilla”) in Russia and 2) civic surveillance system in Poland (called by authors “civic resistance”). The “folk researchers” involved in these initiatives have trust in scientific methods and the power/need of data (at least data of any kind). They understand the concept of a trade-off between no or wrong information (as it would be the case without their intervention) versus open-access publicly available and transparent data collected by them with all possible limitations. These individuals and communities form social movements at the time of massive social disturbance during the pandemic to gain at least little control. They use social media to collaborate and discuss their research and form the so-called “Telegram (Twitter) Academy of Science” to cope with a radically altered reality trying to adopt something that suddenly becomes real.

Participatory civic epidemiology is not a new phenomenon in Eastern Europe. Denialism of HIV and AIDS by the Easternblock caused a parallel (para-)medical network of support in these countries in the 1980s (emergence of HIV in USSR was “confirmed” in 1987 and the problem officially had not existed before). “Solidarity” movement, which gathered together people in Poland also in the 1980s, formed resources (i.e. social capital) linked to possession of a durable network of organized relationships in opposition to pro-Soviet occupants. Alternative social structures with intellectual capacity and biomedical knowledge existed in communist countries a few decades ago and are still alive in historical memory. Such civic participatory epidemiological projects of this scale during the COVID-19 pandemic in Eastern Europe probably could not have been possible anywhere else around the world.

Official information (until the submission of this article) on frequencies of mild adverse events of Sputnik V (Russian flagship Gam-COVID-vac) from Eastern European registries or trials (some data is available from South American 4th phase trials) were not provided (Sputnik vaccine is linked with the government and public domain). Instead, Russian activists started “guerilla” clinical trials at two Telegram groups gathering over 15k detailed case reports of adverse events (observed syndromes) and vaccine efficacy (seroconversion levels) that shed some more light on Sputnik. Till the end of February, every 1 in 1000 vaccinated Russians was involved in this independent and voluntary Sentinel-like activity. It is important to stress that this concept is significantly different from the anti-vaccination movements, because the “folk researchers” are following evidence-based medicine rules within risk-benefit rationality and the outcomes of their investigation promote taking the Sputnik vaccine.

In the first months of the pandemic, the state surveillance service in Poland was not able to correctly collect and process multiple epidemiological data from regional stations. Some volunteers on social media (mainy Twitter) engaged in unpaid activity of searching for data from their respective regions to build the only complete public data sheet about the epidemic. Self-organized, autonomous communities with collaboration on the regional level have proven to be more effective than professional but (under-)financed governmental agencies. This alternative surveillance system in Poland was (at least in some aspects) more reliable than official data submitted to ECDC or WHO. This phenomenon might have forced the authorities to speed up digitalization of epidemiological service in Poland and this strong community survived serving as a provider of constructive criticism in the area of quality of state statistics.

These two examples of unique social experiments have no equivalent of a similar scale in the modern history of medicine, but no event of the 21st century has changed public life in most of Eastern Europe as much as the spread of SARS-CoV-2 and its consequences. The complex landscape of socio-political changes and processes occurring during the pandemic in different Eastern European countries cannot be simply generalized, but the phenomenon of participatory epidemiology seems to have similar underlying factors (noninstitutionalized social capital) and patterns of operation (use of social media and following evidence based principles). For instance, the failure in disease management on both local or global scale caused decline of trust in national and international governing bodies as well as – unfortunately – biomedical scientists and medical professionals (especially considering the fact that it was already low in Eastern Europe). Moreover, social media during the pandemic have gained a bad reputation due to spreading dis/mis-information. However, the same social media was a platform for crowd-sourcing and collaborative development of systems alternative to state surveillance/clinical trials. Regardless of the low position of generated knowledge in the pyramid of evidence-based medicine, this phenomenon of civic or “guerilla” epidemiology should be investigated in more details from a sociological perspective. These observations confirmed that ad hoc civic organizations can be much more efficient than state institutions and their potential and experience should potentially be considered in planning management of future crises. Thus, I believe that social capital built due to the operation of these movements will be profitable for the Baltic region in the near future.