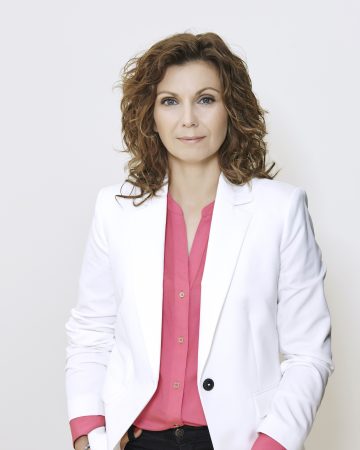 With the acceleration of climate policy in the EU and the concept of the European Green Deal, Poland has found itself in a difficult position. The coal-based production mix, the lack of a strategy for decarbonising the economy, or moderate social expectations regarding climate ambitions never have put Poland in the position of a promoter of such a policy. What is more―the country has consciously blocked it in the past. Nevertheless, following the European Green Deal still seems possible, because Poland has strategic energy problems to solve, which are independent of the policy implemented at the EU level.

The political transformation and the collapse of entire branches of industries resulted in a sharp decrease of Poland’s greenhouse gas emissions (GHG) in the late 1980s. However, in 2019 emissions were only 15% (data based on: European Environmental Agency) lower than in 1990, a base year for the EU climate targets. Whereas in the EU-27 GHG emissions dropped by 26%. Moreover, since 2005 (the year adopted for counting targets in the ETS and non-ETS areas), emissions have basically stagnated. In 2019 Poland emitted 378.9 Mt CO2 equivalent, which makes the country the fourth biggest emitter in the EU, after Germany, France and Italy.

The sector responsible for the largest part of Poland’s emissions is the power industry―it is as much as a quarter of national emissions. This is due to the predominance of coal in the mix. In 2021 coal accounted for around 75% of electricity production. Heavy reliance on coal is also the reason for the high emissivity of district heating and individual heating. Significant, but above all increasing, are emissions from transport. This sector is already responsible for 15% of national emissions and has more than tripled over the last 30 years. Industry and agriculture each account for around 8% of emissions.

However, it is the excessive dependence on coal in the production of electricity, the largest among the EU countries, that causes the climate policy in Poland to arouse so much resistance. The EU regulatory framework related to the reduction of greenhouse gas emissions (including, in particular, the ETS) targets primarily the electricity sector. The European Green Deal has only strengthened it: in this decade there will be a faster and more steep reduction. It is already visible recently with the record high CO2 prices.  Also, the European Commission proposed an extension of the ETS system to transport and buildings. And this is the latter area, that causes contestation by Poland’s government.

The difficult discussion about the European Green Deal is causing resistance, because climate policy is being shown to be the cause of the problems of mining, energy, and the entire Polish economy. This is very evident now, when in the political debate the costs of purchasing emission allowances are shown as the main cause of the increase in electricity prices. Meanwhile, the government ignores high fuel prices, little competition on the domestic market or simply costs incurred as a result of long-term neglect and postponement of investment decisions in the energy sector. At the same time, it also omits the record budget revenues from the sale of CO2 emission allowances, which last year amounted to over EUR 5.5 billion. And which should be spent at least half on low-carbon transformation.

Unquestionably, in such circumstances negotiating and implementing the various elements of the European Green Deal will be a difficult task. From the perspective of Warsaw, it is more difficult than for other Member States. It is worth noting, however, that increasing the EU’s ambitions is also connected with financing, which Poland can use more than other Member States. For instance, Poland may become the largest beneficiary of the new Just Transition Fund and the newly planned Social Climate Fund. Of course, if the country is going to transform.

To allow the realization of the European Green Deal in Poland, the discussion about the necessary reductions of emissions must be linked to the challenges the country is still facing, regardless of the European Union’s climate ambitions. The end of coal is inevitable, Poland must ensure its energy security, and the country requires new investments to rebuild the economy losing its competitive edge with rising energy and labour costs. Last but not least, reducing CO2 emissions is linked to improving air quality, which the government defines as a strategic challenge. Addressing these internal problems may result in a gradual shift towards stringent EU climate and environmental rules and a greater focus on sustainability of the economy.