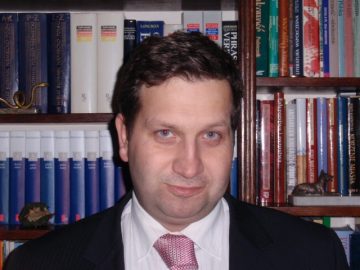 Among other things, COVID-19 stands out for not being created following the imbalance of the financial system. On the eve of the pandemic, the performance of banks was relatively strong and therefore there have been given to them an important role in mitigating the economic effects of the crisis.

Before the pandemic the Polish banking sector had capital adequacy ratios well above Tier 1 and CET1 supervisory requirements (i.e. 15.9%). The increasing coverage of assets with own funds was accompanied by the erosion of ROE. This rate hovered around 7%, which is less than in the rest of Central and Eastern Europe, but more than in Western European countries. Banks also had high liquidity (LCR close to 150%) and relatively low dependence on interbank funding (around 35%). The NPL ratio did not exceed 5%, which should be considered a safe level. To conclude the Polish banking sector in all fundamental areas represented slid and stable standing.

The reaction of the Polish government, the Financial Supervision Commission and the National Bank of Poland to COVID-19 was mainly aimed at maintaining the liquidity of non-financial corporations, individuals and banks. Support included inter alia: credit holidays, government guarantees, suspension of social security contributions, interest subsidies and interest rate reductions. The Financial Supervision Authority allowed banks to change their approach to debt classification and provisioning for customers affected by the pandemic. The systemic risk capital buffer was reduced and the Tier 1 share of the required own funds was diminished. A reduction in the intensity of current supervision was also announced. In turn, the central bank significantly broadened the spectrum of instruments supporting bank liquidity.

Banks in Poland responded to COVID-19 just like their peers in other countries. The priority was to maintain business continuity. Therefore, in a fairly short time, bank headquarters started working first in a hybrid formula, and then completely remote. Bank branches were adapted to the new situation to reduce the risk of infection among employees and customers. E-banking is relatively well developed in Poland, so significant investments were not necessary in this area. Emphasis was placed on electronic communication with the bank as well as non-cash payments, including contactless usage of credit and debit cards.

Despite fears during the pandemic the credit crunch did not take place. The slowdown of lending to corporate clients was due to demand reasons. Companies suspended investment projects and their liquidity needs were largely met with government support. Although the percentage increase in the cost of risk was high during the first 2quarters of the pandemic, this was mainly due to a low base. CoR eventually stabilised at an objectively low level and began to decline from the third quarter of 2020. The relatively good performance of companies resulted in low level of unemployment in Poland at the end of 2020 (approx. 6.2%), which then positively influenced the quality of retail portfolios. At the end of September 2020 the banking sector in Poland recorded a further improvement in Tier 1 (up to around 17.5%) and LCR (approx. 220%). The pandemic did not restrain the process of ROE shrinkage which should be attributed primarily to a significant reduction in profits. This erosion is the result of this decrease in demand for corporate loans and a substantial lowering of interest rates.

To sum up, the Polish banking sector is still coping fairly well with the pandemic crisis. This applies primarily to large and medium-sized banks. COVID-19 has a greater negative impact on small, private retail-oriented banks offering products based on the maximum interest rate. Stability has also been affected by the fact that banks in Poland are relatively weakly exposed to pandemic-sensitive sectors. In addition, at the end of 2020, Idea Bank SA, the only commercial bank among the 15 largest ones, which did not meet the capital requirements, was subject to the resolution procedure. This bank being the weakest link in the sector, was finally acquired by Pekao SA.

Out of the main challenges facing the Polish banking sector at the onset of 2021 is the risk of currency conversion at historical exchange rates that refers to mortgages granted even before the subprime crisis. This operation may cause own funds to fall to levels close to or even below the supervisory requirements. The aforementioned risk, erosion of ROE and the accelerated digitisation of customer service forced by the pandemic seem to be the reasons for the closure of traditional branches, a significant reduction in employment in Polish banking as well as potential consolidation processes.