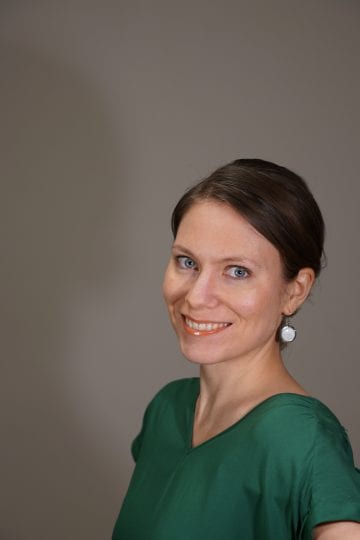 Polish programmers have recently been ranked as one of the best in the world – Poles keep winning programming competitions year after year. For example, HackerRank’s 2018 Developer Skills Report placed Poles as third best after China and Russia. HackerRank is an online platform, which publishes a variety of coding challenges covering different programming languages and domains. Developers around the world are ranked on the basis of how fast they can solve these challenges. Apart from pure technical skills and speed, persistence is an essential trait for a programmer – that’s why it was also measured by HackerRank. It’s worth mentioning here that Poland achieved third place also in the category “Which Country Never Gives Up?”.

The reputation of Poland in the field of IT has made Poland an attractive place for software houses but has also made Poles a wanted workforce around Europe. Finland is one of the countries chronically lacking professional developers. However, skilled programmers are highly appreciated also in their home country, Poland, where compensation for an experienced employee is often way higher than the average salary. The average gross income for a seasoned coder is actually only slightly higher in Finland than in Poland. At the same time, living costs are a lot higher in Finland, especially in the capital region. In other words, the purchasing power is stronger in Poland, which makes Poland financially more profitable to live in for a software engineer.

Even though Finland can’t beat Poland by offering higher wages, it might have something else to offer. Closeness of nature even in bigger cities, safety, possibility to have a good work-life balance, career possibilities and interesting enterprises have been listed as Finland’s strengths by IT specialists from various countries. The wide usage of the most modern technologies was also pointed out as an attractive characteristic of Finland. To fill the shortage of programmers, Finland could try to invite Poles to work here by spreading information about the country among Poles. There seems to be a tendency that the Poles who have some deeper knowledge or experience of Finland, for example due to an exchange student year, are more eager to come and stay in Finland.

Other possibility is to learn from Poles – what is the secret of Poland? How have they succeeded in creating the brand of talented programmers? First of all, the education system plays a key role here. The basics of programming are nowadays taught at elementary schools. This goes hand in hand with the far-reaching development in the Polish school system: the importance of natural sciences, especially mathematics, has been a cornerstone for years. This has created a solid base for teaching and learning programming – both programming and mathematics are by nature problem-solving, where logical thinking is essential.

Also, the institutions of higher education have been adjusted to meet the higher demand of people with programming skills. There are over 500 universities in Poland, and 10,000–15,000 new specialists graduate annually from Polish technical universities. Modern study programs in the field of IT and high level of teaching interest Poles. For those looking for an even more agile solution there are special coding schools. Today, Poles also tend to choose the study field rather on the basis of employment possibilities than out of pure interest. And career possibilities they certainly do have in their home country. It’s not only the large number of open positions that attracts them but especially fair chances for career development. Software houses are offering a wide spectrum of possibilities to broaden employees’ know-how in different technologies and programming languages. The advancement is also relatively fast: in average, the best programmers get a senior title after four years.

As explained, there isn’t only one factor that has led to the favourable situation in Poland. And of course the demography can’t be forgotten either: Poland’s population, 38 million, is almost 8 times higher than in Finland. Not everybody can become a programmer, but it’s at least worth investigating what could be done in order to make programming an attractive study and work field again here. After all, Finland is the home country of Nokia, but currently the amount of IT students and also university places is diminishing. There certainly are lessons to learn from Poland. The country has become a key player in the world of IT – this is no small thing in the era of growing digitalization in almost every area of life.