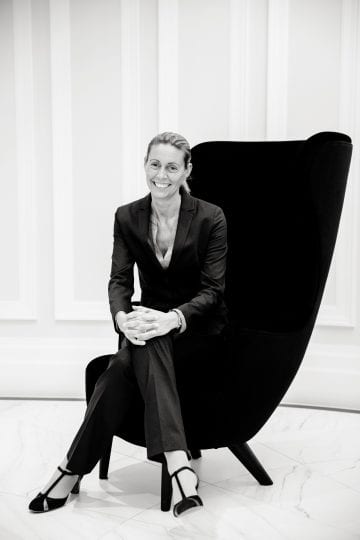 When Donald Trump took office in January 2017, he laid out his trade policy agenda quite clearly. However, few observers believed that he would fully follow through with his “America First” approach. Many, who saw in Trump’s election rhetoric more than just words, argued that Congress would eventually reign in the new president.

Four years later, the 45th president of the United States has proven them wrong. Although he neither terminated the free trade agreement with Canada and Mexico, NAFTA, nor did he revoke U.S. membership of the World Trade Organization (WTO), he saw many of his campaign promises through. His goal was to strengthen the industrial base in the United States and to create millions of new jobs. For Trump, trade seems to be a zero-sum game: exports are good, imports are bad; domestic investment is good, foreign investment is bad – and the substantial U.S. trade deficit is a sign that other countries are acting unfairly. He follows the principle of strict reciprocity, comparing country with country, sector with sector and product with product. Trade is only fair if exports and imports in individual sectors are balanced. Bilateral balances of trade are taken as a benchmark. China tops his agenda, but Trump remains highly critical of the trade policies of the European Union (EU) and Japan as well. To achieve his goals, Trump focuses on bilateral and quid-pro-quo solutions rather than multilateral cooperation. His approach is transactional in character, preferring “deals” over enforceable international trade law; as a result, the number of trade conflicts resulting from his policy has risen steeply.

While the authority over trade policy is clearly vested in the legislative branch of the government (Article I, Section 8 of the Constitution), Congress has repeatedly delegated power to the president. Through the Trade Promotion Authority (TPA), Congress established a fast-track procedure for the ratification of trade agreements. Congress granted President Obama the current TPA in 2015. It was initially valid until 2018 and applied also to Donald Trump. In mid-2018, the TPA was automatically extended for three years.

The TPA is not the only way in which Congress has extended the powers of the executive branch. Section 232 of the Trade Expansion Act of 1962, for example, allows the president to introduce tariffs or quotas if imports threaten national security. The Trade Act of 1974, section 301, allows the president to use retaliatory measures, including tariffs and quotas, when a country denies the United States rights under a free trade agreement or takes measures that are unjustified, unreasonable, or discriminatory.

Rebalance American Trade Relationships by Promoting National Security: According to the Trump administration, trade policy should focus more on the national interests of the United States and for this reason must be harmonious with the country’s national security strategy. Accordingly, the Trump Administration has not only initiated several 232 investigations but implemented 232 tariffs on steel and aluminum.

Re-Negotiation of “Outdated and Imbalanced” Trade Agreements: At the top of the agenda stood NAFTA and the free trade agreement with South Korea (KORUS). Trump castigated NAFTA as “the worst deal ever”. After several years of negotiation, the United States, Canada, and Mexico ratified U.S.-Mexico-Canada Agreement (USMCA) in late 2019/early 2020. The agreement is largely similar to NAFTA but differs from it in some key areas; for example, it contains much stricter rules of origin and will thus have major implications for regional value chains. The United States ratified the agreement late 2019; it is scheduled to come into force in summer of 2020.

Aggressive Enforcement of U.S. Trade Law: The Trump administration is no longer willing to tolerate unfair trade practices and is prioritizing the rigorous application of national trade laws, with a clear focus on China. In July 2018, the United States imposed a first round of 301 import duties of 25 percent on imports of Chinese goods worth 34 billion U.S. dollars. After more than a year of tit-for-tat tariff retaliation, the two countries agreed on the so-called Phase-One Deal in early 2020 – an agreement far from a traditional free trade agreement, featuring many aspects of managed trade.

Defending American Interests at the WTO: The Trump administration is highly critical of the WTO, denouncing that the WTO was no longer “able to keep up with modern economic challenges” and as such, should be reformed. Among other things, the Trump Administration criticizes the dispute settlement system for overstepping its mandate. As a response, the Trump administration threatens the functioning of the entire organization by blocking the appointment of members to the Appellate Body and by refusing to engage in serious reform discussions.

Opinion polls show that not everybody is satisfied with Trump’s trade policies. According to a 2019 Gallup poll on the first round of tariffs imposed between the United States and China in July 2018, more than twice as many Americans believed that the tariffs would hurt the U.S. economy than those who believed they would help it, while nearly the same number believed the tariffs would have no effect. The business community is also highly critical of Trump’s tariff policies. Policymakers in both the House and the Senate have thus become increasingly weary of Trump’s unpredictable tariff policy. While some legislative proposals aimed at curtailing the president’s power under Section 232, Congress has not yet properly reigned in the president. For Republicans, it is difficult to go against the president in the run-up of the upcoming presidential elections. Democrats find it challenging to contradict one of their most important stakeholders, unions, in their skepticism regarding free trade.

As an immediate reaction to the Corona epidemic, the U.S. Trade Representative (USTR) suspended some 301 duties on medical equipment from China in early March 2020. Otherwise, the Trump administration continues to pursue its trade policy pattern. To relocate production of pharmaceuticals and medical devices in the United States, the president is planning an executive order which would apply “Buy American” rules to these two sectors. “Buy American” requirements stipulate that a certain proportion of the value-added must be generated in the USA.