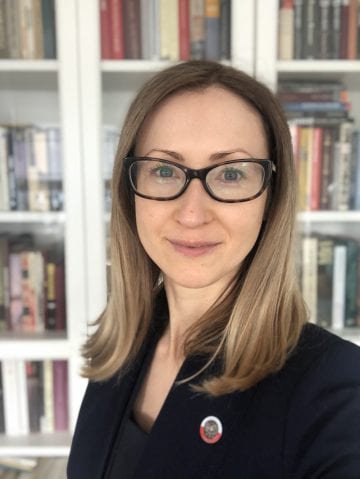 The wave of protests in Russia has been on the rise since 2016, and environmental issues top the list of problems that spark popular discontent. Environmental protests started in Moscow oblast, a site for many large municipal waste landfills, where huge volumes of waste generated by the capital city are stored (8 million tons per year, plus 3–4 million tons produced by smaller towns). Moscow ‘exports’ waste outside the city limits, where it lands in landfills that are overloaded, poorly safeguarded and contaminate the adjacent towns. One of the first protests that resonated widely took place in Volokolamsk, a sleepy town with 20,000 inhabitants some 120 km away from Moscow. In March 2018, almost 60 children were rushed to a local hospital with symptoms of poisoning by fumes coming from the nearby landfill, which brought their desperate parents and other residents to the streets. In the subsequent years, environmental protests spread throughout the country, including big cities, regional capitals (such as Arkhangelsk, Kaluga, Yakutsk) and many small towns, from a remote northern Severodvinsk to Tuapse on the Black Sea coast.

One solution put forward by the government is the construction of large waste landfills in remote areas. However, this also creates resistance on part of local communities. One of those remote territories – Shiyes in Arkhangelsk oblast in northern Russia – became site of one of the largest and the most persevering environmental protests. Since summer of 2018, a large group of protesters supported by local inhabitants have been camping in tents and successfully blocking the building site, despite harsh weather conditions and harassment by the police and National Guard.

Another publicized environmental protest took place in Yekaterinburg in 2019, where local residents protested against the construction of a church in a small green park territory in city center. The locals were trying to save one of the few green areas in city center, but were also outraged by the decision taken by municipal government and the church, with no wider consultations. Following a week of protests and blocking the building site the local municipality abandoned the plans, and the park was ‘saved’.

Increasingly more often, protests in Russia are driven by people’s outraged sense of justice. Justice, especially ’social justice’ is becoming a keyword embodying popular discontent. For example, the decision to raise the age of retirement in 2018 triggered lots of discontent: it was not only seen as financially adverse, but also as unjust, considering the ostentatious prosperity of the elites. People not only suffer from adverse effects of the authorities’ decisions, they also have the feeling of being ignored and humiliated by the elites.

This feeling is reinforced by growing public awareness on the scale and ‘faces’ of corruption in Russia. Among other activists, Alexey Navalny and his Anti-Corruption Foundation have succeeded in showing Russians not only that corruption exists and is a pillar of the Russian state (that is no surprise to anyone), but that it has concrete faces and brings adverse consequences to the ordinary people. Navalny named and shamed Vladimir Putin’s cronies and their children, juxtaposed their luxurious estates and yachts (both in Russia and in the ’rotten West’) with acute deficiencies in Russian healthcare, road and municipal infrastructure, social benefit system. In case of environmental protests, most of the people concerned are aware that concrete Putin’s cronies manage huge waste landfills and incineration plants and make multimillion profits, leaving the side effects for the local residents.

The outraged sense of justice, along with falling interest in Russia’s geopolitical agenda, have resulted in declining approval ratings of president Putin, which returned to the level prior to the annexation of Crimea. Russians are becoming increasingly focused on domestic problems – primarily on living standards, growing prices, poor and often inaccessible healthcare system. Often they are even annoyed with the state ‘saving the world’ and financing operations in Syria and Ukraine, instead of solving basic domestic problems.

Having said all that, one should not expect the social discontent factor to destabilize the Russian state and seriously affect Kremlin’s policies. The protests have shown a steady dynamics since 2016 and have spread beyond Moscow and other big cities, but they still remain pretty much scattered. Lack of coordination, lack of awareness what a common social interest is, prevents them from achieving critical mass, making a lasting impact and introducing a systemic change. Thus, a catchy historic analogy with the environmental movement in the Soviet Union in the 80s that advocated political change, may be deceptive.