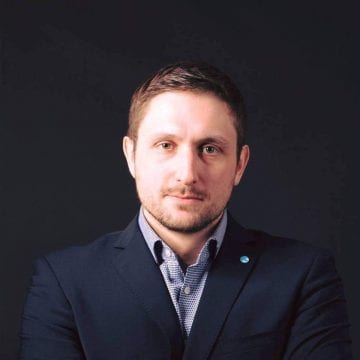 Ukrainians have strived to protect their territorial integrity and national security for almost seven years. Pro-Russian forces have a significant representation in Ukrainian politics, the anti-Ukrainian narrative is actively spread in the national information space. Still, society has continued to demand reforms and the fight against corruption.

Since 2014, Ukraine has conducted several reforms. Yet, it is anti-corruption reform that plays a leading role in ensuring the country’s successful development and security as corruption destroys the state from within and makes it vulnerable to influence from the enemy.

In Corruption Perceptions Index 2020, Ukraine gained 3 points and now holds 117th place on the list with a score of 33. The progress was made due to the High Anti-Corruption Court (HACC) launching, the restart of the National Agency on Corruption Prevention, and changes implemented during the “turbo mode” of the Parliament in Autumn 2019. However, the nature of CPI 2020 means it does not consider the events in the last months of 2020, which set back anti-corruption efforts. Ukrainians do not consider the government an effective fighter against corruption but declare their readiness to act.

Our figures are significantly lower than the average for the EU (64 points), and lots need to change for the situation to improve. Ukraine aims for EU membership, and it requires many sustainable reforms, including fight against corruption. The events in Ukraine since September 2020 suggest that anti-corruption reform is currently stagnant.

The influence of oligarchs and old elites on the decisions made in all government branches is significant, still. This “group” owns considerable media resources, parasitizes on state-owned enterprises, and has an enormous impact on state policy. Influential oligarchs use allies in government and law enforcement agencies for their benefit.

Ukraine is in the state of information war with Russia and confrontation with pro-Russian forces within the country, battling against the Kremlin’s disinformation and propaganda. Pro-Russian members of Parliament use anti-Ukrainian rhetoric in the informational space — sowing doubts, misunderstanding, and fear to manipulate society.

Some positive developments have occurred during the past month. The National Security and Defense Council of Ukraine accused 112 Ukraine, NewsOne, and ZIK TV channels of preaching pro-Russian rhetoric. The channel’s owner Taras Kozak is an ally of pro-russian MP Victor Medvedchuk. As a result, President Volodymyr Zelenskyy enacted the sanctions against mr. Kozak and blocked the channels. Later sanctions were imposed against Viktor Medvedchuk and some of his companies, the reason is opened investigation against him on financing of terrorism.

With the change of leadership in the State Property Fund of Ukraine, which is responsible for the privatization process, reforms in this area have accelerated significantly. In 2020, more than EUR 90 mln were allocated to the state budget. Privatization is one of the methods to turn state-owned enterprises from a feeder for corrupt officials and oligarchs into full-fledged players in a market economy.

The HACC, which aims at high-ranking officials potentially engaged in grand corruption, continues to stand out against the judiciary’s uninspiring backdrop as a whole. As of February 2021, more than 60 sentences, including a few with actual imprisonment, had been issued.

The positive steps outlined above happen concurrently with risks that can slow down the anti-corruption reform: delay in implementing judicial reform, pressure on anti-corruption institutions, and interference in their work. Other threats include attempts to disrupt achievements of public procurement reform and an increased number of attacks on activists.

Transparency International Ukraine provides recommendations to prevent these risks. Implementing them will contribute to reducing corruption in the following years. Introduction of transparent and accountable management of public assets is needed. The outdated Register of State-Owned Facilities, the weak legal framework in the management of state property, the prohibition of sales of the large State-Owned Enterprises during the quarantine, and a lack of control limit the efforts in curbing oligarchic influence in Ukraine. Implementing changes in the sector will increase national confidence in the government. The government needs to support independence of anti-corruption institutions and competitive selection of its heads. The reform of the judiciary is urgent; corruption and internal solidarity remain part of it.

Despite the pandemic, and because of the weakened economic situation in the country and the world, the above-mentioned steps are vital more than ever to weaken oligarchs’ influence while empowering true business development and advancement of civic and media freedoms.