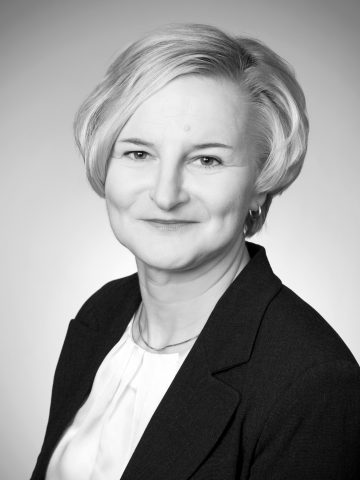 The Baltic Sea is one of the busiest traffic areas in the world.  15 percent of the world’s seaborne freight is transported in the Baltic Sea.  According to HELCOM statistics (Assessment of Maritime Activities in the Baltic Sea, 2018), there were nearly 8’000 ships operating in the Baltic Sea in 2015.  48 percent were cargo ships, 22 percent tankers, 5 percent passenger ships and 4 percent container ships. The number of port calls in 2015 was almost 295’000.

Due to above framework, shipping companies must comply with strict regulations when operating in the Baltic Sea. Ships’ emissions to air have been significantly reduced since a special control area was established for Sulphur oxides in 2005. The reduction has been achieved onboard the ships by switching to cleaner fuels and cleaning the exhaust gases. A similar special control area on Nitrogen oxides will come into force in 2021. Several shipping companies have adopted voluntary measures to reduce their emissions and carbon footprint, for example by optimizing vessels’ speed and consumption, maximizing cargo intakes, minimizing ballast voyages, and using alternative fuels.

Besides emissions to air, ships generate also operational waste: oil and chemical tankers clean their cargo tanks, and bulk carriers their cargo holds. The ships generate sludge, bilge water and other oily mixtures. In the Baltic Sea, it is compulsory for the ships to leave ashore all waste which cannot be legally disposed to sea. Some types of washing waters can be discharged to sea according to MARPOL regulations. Because of the special area status of the Baltic Sea, the washing waters can be legally discharged to the sea at very low concentrations, at a sufficient speed not too close to the nearest land and only where the water is deep enough. The number and volume of oil and chemical spills have been effectively reduced due to regular checks by authorities as well as satellite and airplane surveillance by all Baltic Sea states.

Ships generate waste although they would be not moving or carrying any cargo: the crew onboard acts like any household ashore, producing food waste, sewage, plastic, paper etc.  No garbage can be legally discharged into the Baltic Sea. However, the ships are allowed to dispose food waste and untreated sewage into the sea. Although this is in line with MARPOL regulations, food waste and sewage are a source of nutrients and therefore extremely harmful because of eutrophication, a major concern in the Baltic Sea.

In order to prevent and abate pollution, the Helsinki Commission (HELCOM) has made a special recommendation to be implemented in national legislation of the contracting countries. Practically all ports in the Baltic Sea follow the “No Special Fee” -system: the ports apply a fee covering the cost the reception, handling and disposal of ship-generated waste. The fee is payable by the ship irrespective if the ship leaves any waste ashore or not.  The system is designed to give a clear incentive to all ships to leave the waste ashore rather than dispose it to the sea.

The European Commission is presently revising the Port Reception Facilities Directive which aims at efficient reception and handling of ship-generated waste at ports. Ports would be obliged to arrange a separate waste collection for different kinds of waste.  Unfortunately, it is quite common that crews sort the waste onboard the ships, but ports are not able to adequately manage it. The revised directive would place additional pressure on ports to engage in circular economy and recycling.

There are also other upcoming regulations which will reduce the environmental footprint of shipping. The convention on ballast water management entered into force in 2017, and latest by 2022 all ships in international traffic must be equipped with a system managing their ballast water and sediments.  The regulation is aimed at preventing the transfer of harmful organisms and pathogens between sea areas. The Baltic Sea as a brackish water basin with low biodiversity is especially vulnerable to invasive species. In addition to ballast water tanks, organisms travel long distances attached to vessels’ hulls. Shipping companies fight biofouling with special coatings in order to decrease drag, fuel consumption and emissions, and obviously to prevent species entering new marine environments.

Maritime traffic generates not only emissions to air and discharges to the sea, but also noise.  Ship engines and propellers are a source of underwater, low-frequency noise. This aspect has barely been included in international regulations. Because the noise levels depend on ship’s design and machinery, the regulations affect mainly new-buildings. So far, there are not too many tools regulating existing fleet, only recommendations on speed and route selection in sensitive areas.

Much has been done to improve the environmental aspects of shipping, but a lot of work remains for the coming years. Cooperation of the states around the Baltic Sea is vital. HELCOM is a decisive instrument to combine efforts of the nine coastal member countries and to protect the marine environment of the Baltic Sea area.