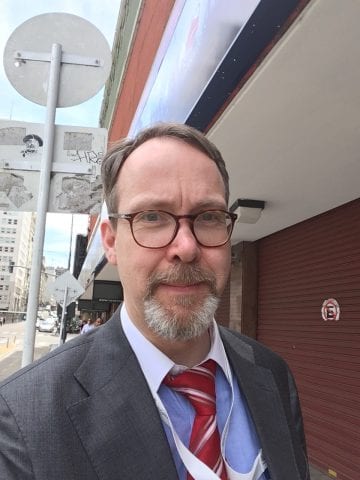 The multilateral trading system turned seventy in 2018. The World Trade Organization, at the heart of the architecture, celebrated 25 years of existence this year. The festivities in Geneva on both occasions were somewhat low-key. The system is in grave difficulties, and the WTO is in a crisis. Director-General Azevêdo referred to unmatched challenges. Unmatched, perhaps, but not unforeseen. The main problems have been there for some time, exacerbated by rising protectionism and unilateral trade measures.

The challenges include shortcomings of the negotiating function, an ageing rulebook, inefficiencies in the administration of the agreements, and finally, paralysis of the WTO´s dispute settlement. Some fault the special and differential treatment (SDT) enjoyed by the developing countries as a major concern. Everything points to a system in need of reform.

As a matter of fact, various reforms for the WTO were outlined already in 2004 (the Sutherland report). Further were proposed by the Warwick Commission in 2007 and by the “Eminent Persons” in 2013.

All these reports voiced concern of the erosion of the “multilateral” via the preferential trade arrangements, argued about the challenges of the consensus-based decision-making, pondered an enhanced role for the Director-General or the WTO Secretariat in shaping the agenda, and weighed on the working of the Dispute Settlement. Each recommended increased transparency and wider civil society dialogue to enhance the legitimacy of the rules-based system.

Apart from the WTO processes becoming more open, it is fair to say that there have been very few other reforms carried out. To overcome the present crisis, WTO Members have made proposals on a wide variety of themes ranging from improving the Committee work to SDT to the safeguarding of the dispute system. Some are controversial, such as sanctioning non-compliance of notification obligations. Almost all would make sense.

The most fundamental question, however, relates to the revival of the negotiating function. The WTO was founded as a “permanent negotiating body”. It has woefully failed in that respect. Apart from the agreement on trade facilitation (Bali 2013) and export competition in agriculture (Nairobi 2015), the WTO has simply not delivered.

There are other, more complex reasons behind the negotiating impasse. They reflect disagreements over the substance of negotiations, differing perceptions of the level of ambition, of the balance of rights and obligations, a real or imagined lack of domestic manoeuvring space, and on occasion simply misalignment of political conditions necessary for a deal. In the end, leadership is essentially required from relatively few “Key Players”. The EU, while a very influential actor, cannot do it alone.

Obviously, Members as a whole need to re-discover why opening up of trade in a rules-based way makes sense in an integrated and interconnected world, and why unilateralism and protectionism are highly detrimental to the system. The Corona epidemic may provide fresh impetus for that.

As a necessary change in the working methods, Members need to let go of the straitjacket of the Single Undertaking that de-railed the Doha Round. The plurilateral negotiations on e-commerce, domestic regulation in services and investment facilitation are showing the way. Ability to conclude these in a timely fashion, delivering concrete results will be critical. Ability to start new ones – possibly on most-favoured nation basis – will enhance the WTO´s relevance further. This was the approach suggested in the reports more than a decade ago.

As the WTO rules stem mainly from the 1980s, it is likewise crucial that the rules be updated where found lacking. Those concerning industrial subsidies and market-distortive behaviour of state-owned enterprises have been flagged. Any meaningful result will require a negotiated solution among a wider group of Members.

The reform of the WTO can best be accomplished by coming up with an agenda that addresses issues of 21st century trade in the interest of businesses and consumers alike. The Eminent Persons´ report recognized several important topics, such as competition, investment, anti-corruption and climate change. It would also mean re-visiting older topics, such as agriculture, for sure.

As was the case 70 years ago, global trade needs rules. The more multilateral, the better. The Warwick report suggested coming up with a “broad-based agreement” of the WTO´s “objectives and functions”, including its “boundaries”. That is not a bad proposal for this occasion, either.