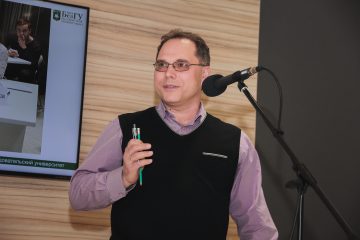 Russian post-Soviet society is among the most secularized ones on the European scale. The long-term trend towards the departure from religious traditions first emerged in Russia 300 years ago, during the period of radical modernization by Emperor Peter the Great. The radical and systemic nature of secularization during the Soviet period (1920s-1980s), when religious doctrines and practices were rejected on the level of state ideology, led to the virtual displacement of religion to the periphery of public and, to a large extent, private life. Due to the natural departure of pre-revolutionary generations, mass religious culture had virtually disappeared by the 1970s (V. F. Chesnokova; Y.Y. Sinelina).

Nevertheless, for the past 30 years or so on the wave of radical socio-political transformation of the turn of the 1980s and 1990s the country has experienced similarly dramatic changes in the position of religious institutions. From being ideologically and in practice infringed on their rights, they (since 1997 – represented by a number of traditional religions of the country) have actually obtained a privileged status. A corresponding upheaval took place in social attitudes as well. Since the early 1990s being considered a “believer” has generally become fashionable and prestigious in Russian society, while being considered a “non-believer” or “atheist” has become the opposite. According to all-Russian surveys, the number of “believers”, judging by the criterion of self-identification in the 2000s-2010s, could reach more than 70% of the country’s population. Simultaneously, beginning from the second half of the 1990s, a unique phenomenon of mass consciousness was recorded and described in the country, which was called the “pro-religious / pro-Orthodox consensus” (K. Kaariainen, D. E. Furman). This is a stable mindset that has prevailed in society for more than a decade and a half, which is characterized by an uncritically positive attitude to religion and primarily to the historically predominant Orthodox Christianity in Russia that has embraced the population regardless of its religiosity and confessional identity.

This combination of the long-term trend towards the ousting of religion from the mainstream of public and cultural life and the sharp “deacularization turn” at the end of the 20th century has given sociologists grounds to speak of the “paradoxical” Russian religious situation (J.T. Toshchenko).

In general, in our opinion, attitudes to religion in today’s Russia are determined by several mainstream trends.

The result of general secularization of culture, social relations and mass consciousness is that the religious sphere of life, regardless of how one evaluates it, is perceived “from the outside” reflectively and assimilated through individual life trajectories that, while free of traditional control, are quite diverse.

The involvement of people in religious practices and associations and their enculturation into the confessional contexts of life meanings remain generally low. According to mass surveys, in society the percentage of active believers of different confessions does not exceed 10% .

At the same time, the social capital of religion and confessions is formed and affirmed not only by the direct involvement of people in them, but also by various forms of indirect approval and support of them. Taking this factor into account, traditional Russian confessions occupy a strong position in society and have a significant potential for influence.

For the bulk of the population religion is represented by the image of the Orthodox tradition. Accordingly, emotional and evaluative perception of the religious sphere of life, expectations from it and practical settings for interaction with it are formed, to a significant and even decisive extent, on the basis of the nature of the mass perception of Orthodoxy.

Attitudes to other religions and confessions remain generally tolerant, but they may depend on situational factors (such as the criminal “trace” of a religious association, the legislative ban on the functioning of certain religious organizations in the country).