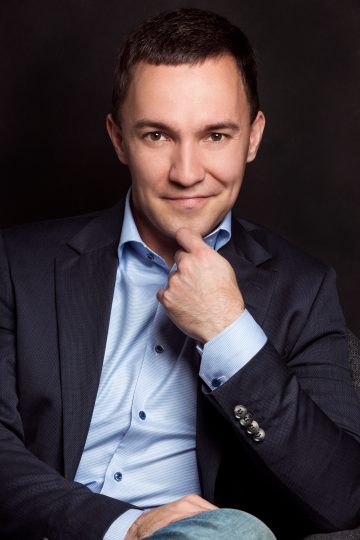 For the past 12 months, Belarus has experienced more pressure from its eastern neighbor Russia, than ever before during its independent era. Belarus strives to preserve the little sliver of mobility that they have when it comes to international politics, where as Russia wishes to bind the country to itself even more closely. This forces also the West to reevaluate its relationship with Belarus.

When the Soviet Union fell, Belarus did not experience similar eagerness to let go of socialism and become independent like most of the countries of the Eastern Bloc. Alexander Lukashenko’s rise to power stopped the democratic progress in the country as early as 1994. In the 90’s, Lukashenko was also interested in a very strong integration with Russia, and as a result, the countries signed a treaty of a State Union in 1999.

Even though it became obvious in the 2000’s, that Russia did not appreciate the western, democratic values either, Belarus has still often been regarded as “the last dictatorship in Europe”. Alliance with Russia also provided Lukashenko with some protection from the western criticism. On the other hand, it also resulted in Belarus being even more dependent on its neighbor.

Despite their allegiance, Putin’s and Lukashenko’s personal relationship has been distant from the very get-go and has grown even more distant because of the war in Ukraine. Belarus is understandably worried about Russia’s aggression towards its smaller neighbors. Belarus has not acknowledged Crimea as part of Russia. Instead, Belarus adopted a role as a neutral mediator between Russia, Ukraine and the West. This is also why the negotiations about a truce in Ukraine took place in Minsk.

Despite Belarus’s dissent towards Russia’s power politics, the country has still traditionally voted along with Russia against Ukraine in the UN General Assembly. Nonetheless, Belarus’s efforts to preserve its sovereignty to even some extent, forces the European Union to reevaluate its politics concerning Belarus.

It is not realistic to assume that Belarus will be implementing any remarkable democratic reforms in the foreseeable future. Country’s political opposition is weak and scattered. On the other hand, many Belarusians are afraid that some kind of a “color revolution” in Belarus, might lead to a Russian intervention, the same way it did in Ukraine. Lukashenko is considered lesser of the two evils.

Belarus has been trying to open up to the West to the extent it is currently possible, considering the limited mobility within international politics that the country is dealing with. The West should have a cautiously positive attitude about this progress. By strengthening the relationship with Belarus, the West can support Belarus’s sovereignty that Russia has been threatening more and more. Secondly, this may help create new incentives to improve the human rights situation in Belarus.

Belarus has applied to become a Non-Member State Permanent Observer in the BSPC, but so far, they have not been approved because of the country’s human rights situation. The Nordic Council on the other hand, has already since 2007, organized an annual round table summit regarding Belarus. The summit has usually been held in Vilnius in collaboration with the Baltic Assembly, but last year it was actually held in Helsinki.

The purpose of the summit has been to bring the representatives of the Belarusian government and opposition to the same table together with parliamentarians from the Nordics and Baltics. From 2011 to 2015, Lukashenko’s administration did not attend the summit, but from 2016 onwards, they have returned to the round table.

The newest political development between Finland and Belarus is the strengthening of the bilateral parliamentary relationship. In 2018, the Belarus-Finland Friendship Group was founded in the Parliament of Finland, and I was elected to be the Chairman of the group. At the same time, a similar friendship group was also founded in the Belarusian Parliament. The group members from Belarus will be visiting Finland next fall.

Finnish Parliament’s Belarus Friendship group travelled to Minsk last August. During the visit, the group met with the ex-Prime minister, Speaker of the Upper Chamber of the Belarusian Parliament, Mikhail Myasnikovich, Deputy Minister of Foreign Affairs, Oleg Kravchenko, Chairman of the Standing Committee for Foreign Affairs and National Security, Sergey Rakhmanov and also with the representatives of the opposition. These high profile meetings reflect how highly Belarus currently values the relations to the West.

The human rights situation in Belarus is obviously still unacceptable. It is still in Europe’s interest to advocate Belarus’s status as a sovereign state. The risk with isolating Belarus from us as a form of a punishment is that the country’s human rights situation might not improve and that rather the Russian dominance over Belarus could become even more pressing. Closer relations to the West can on the other hand create at least a small incentive to create positive reforms in the country.