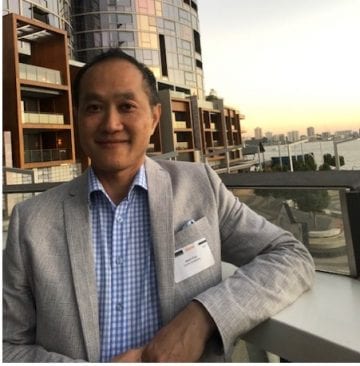 At the end of 2013, President Xi JinPing of the People’s Republic of China (PRC) announced that the Chinese government intended to create a new global strategy, the so-called One Belt One Road (OBOR) plan. This plan follows in the footsteps of the ancient Silk Road Economic Belt and the twenty-first century Maritime Silk Road initiative.

China’s massive OBOR plan is fueling megaprojects around the world. These projects comprise significant investment in Asia, Africa, South America, as well as Eastern Europe, Indonesia, and even Mexico and the West Indies. Chinese investment is spreading everywhere. In 2000, the US was the main trading partner of more than 80 percent of countries globally. By 2018, that number had declined to 30 percent. China is now the leading trading partner of 128 of the 190 countries in the world (Chapman, 2020). [i] [ii]

In fact, this promising initiative aims to deepen the cooperation among participating countries on economic and security matters through hyper-efficient infrastructure and new institutional linkages. According to Chinese authorities, the OBOR plan comprises five major goals regarding cooperation among the participating countries: to coordinate international trade development policies, to forge an infrastructure and facilities network across the Asian and European continents, to strengthen investment and trade partnerships, to enhance financial cooperation among participants, and to deepen social and cultural exchange through trade partnerships.

China, as the leader of this initiative, has already invested and built an institutional framework for OBOR. The Asian Infrastructure Investment Bank (AIIB) and the New Development Bank (formerly referred to as the BRICS Development Bank) have played significant roles in the implementation of OBOR.[iii]

This initiative is certainly having a significant impact on the world’s economy across many regions. In addition, many studies have proven that there are numerous opportunities for countries to participate in the OBOR plan.[iv] The findings of the current research paper, which have been published in the North American Journal of Economic and Finance (NAJEF), highlight the potential of OBOR in the Association of Southeast Asian Nations (ASEAN) region.[v] The research provides evidence to show that the impact of the OBOR plan is not limited to its member countries or one region, such as ASEAN, but the plan may affect other regions, including non-OBOR member countries. These non-OBOR member countries include Japan, the United Kingdom (UK), the United States of America (USA), and other European nations.

Apart from the above statement, this paper seeks, therefore, to open up a discussion forum that takes a broader view of the OBOR strategy and bilateral trade relationships, restricted not to the ASEAN region but examining other continents as well. I strongly believe that a review of this topic is essential because the global economy has changed significantly in recent years, with many uncertainties emerging since this article was first published in the NAJEF.

In the current decade commencing in 2020, the Gross Domestic Product (GDP) of China is expected to grow at a slower rate of only 4-5 percent. The economic outlook of China is unclear due to US-China trade tensions and the unexpected outbreak of Coronavirus in many major cities in China. On the one hand, the US-China trade war will have a long-term impact beyond its effects on China’s GDP. However, at least the ongoing negotiations between the US and China are tending towards the conclusion of a preliminary agreement. At this stage, the so-called phase 1 trade deal is merely a band-aid, with a solution only likely to be reached in the final stages of negotiations. On the other hand, the unexpected outbreak of novel coronavirus (2019-nCoV) in Wuhan city as well as many other major cities in China, combined with the unrest in Hong Kong, will no doubt impact China’s GDP growth and its OBOR plan.[vi]

With all of these unforeseen circumstances, the continuation of the OBOR plan in the current decade will be extremely challenging for the Chinese government. This turbulence stems from many sources, both internal and external. According to Associate Dean of Tsinghua University, Zhu Ning, “China is still working patiently on the Belt & Road initiative; slowdown is partly because of the confusion around what China is planning to do with the project.” Zhu Ning also states that the “Slow down of yuan internationalization and increase in the national level of debt is constraining China’s hand in making bigger investments.”[vii]  The declaration of such views from one of China’s most prominent universities clearly shows that the continued implementation of the OBOR plan will be a challenging task for China in the years to come.

[i] See Chapman, D., 2020, “Technical Scoop Update: Coronavirus. Who suspected that was coming? Gold as a safe haven benefited”, Retrieved 27th January 2020. Available: http://news.goldseek.com/GoldSeek/1580137269.php
[ii] This is the reason why the US trade started a trade war with China in January 2018 as both countries are effectively in a battle for global trade and economic dominance.
[iii] The BRICS include Brazil, Russia, India, China and South Africa. The purpose of this BRICS is to create the New Development Bank (NBD) and the Contingent Reserve Agreement (CRA) to allow these countries to work outside the control of the US-dominated World Bank (WB) and the International Monetary Fund (IMF).
[iv] Foo et al., (2019), “The impact’s of China’s one belt one road initiative on international trade in the ASEAN region”, The North American Journal of Economics and Finance, Forthcoming, In press.
[v] See footnote 1.
[vi] The costs of coronavirus outbreak to the world economy are unknown at this stage. But past cases such as the Severe Acute respiratory Syndrome (SARS) outbreak in China and Hong Kong cost the global economy an estimated USD40 billion, with the biggest impacts on travel, retail and productivity.
[vii] Doshi, M., “Davos 2020: Lower Growth, Higher Debt, Weak Investment – Zhu Ning on the China Story”, Retrieved 28th January 2020. Available: https://www.bloombergquint.com/davos-world-economic-forum-2020/wef-davos-2020-lower-growth-higher-debt-weak-investmentszhu-ning-on-the-china-story