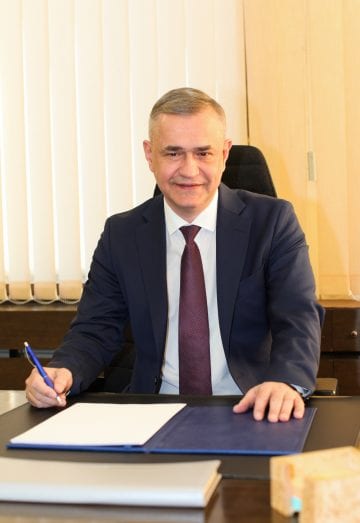 Sergei Sinelnikov,
Acting Trade Representative of Russia in Finland,
Trade representation of the Russian Federation in the Republic of Finland,
Finland

Over the past decades bilateral trade between Russia and Finland has seen a pronounced cyclic dynamic characterized by sizeable fluctuations. It has mainly been shaped by the direct correlation with energy exports, given the considerable share of this commodity group in Russian exports to Finland (60-65%), and the dependence on one-off large-scale projects. For example, the construction of Nord stream 2 greatly contributed to the overall turnover for 2018.

However, such projects are one of a kind and finite in nature. Taking into account the volatility of energy prices, there seem to be not many opportunities for a sustainable increase in foreign trade turnover between our countries based on existing capacities. In 2019 bilateral turnover decreased by more than 8%, and we can probably expect the negative trend to persist.

We live in a brand new political and economic environment and face new challenges that shortly become normalized in both external and internal systems: social polarization, rise of protectionism, trade wars between leading economies, climate change. Global economy is on the verge of another crisis triggered by the outbreak of COVID-19 and the collapse of the oil market. Stock market dropped to 2008 levels and might sink even further. According to the Bank of Finland and ETLA, this year the Finnish economy may shrink by up to 4-6% of GDP.

In this light we recognise the importance of identifying new drivers of growth, accelerators for wider cooperation between our countries in non-energy sectors that could bring a sustainable dimension to Russian-Finnish economic relations.

Our governments have already started to develop and harmonize Programme for Strategic Cooperation in Trade and Economy, which defines cooperation areas in investment, technology and innovation, and reflects joint commitment to creating sustainable circular economies. The programme could serve as a bailout plan to stabilize bilateral trade and compensate for decreased turnover registered in the previous years.

We see vast potential in developing secure and sustainable industrial value chains. In this respect we would like to highlight the following international alliances, clusters and consortiums of Russian and Finnish enterprises aimed at sustainable development in key industries that are being launched in accordance with various goal-setting documents, such as Russian national projects, the New European Industrial Strategy, etc.

Emerging negative trends in the Finnish economy will most likely hit SMEs the hardest, spurring them to search for new ways of maintaining their profit margins. One option could be market expansion through Russian electronic platforms. Thus, Finnish companies could start expanding their exports to the markets of Russia and CIS-countries.

Economic security requirements have recently become more relevant and pushed European companies to consider moving production from the third countries back to the EU or nearby regions. This trend has already been reflected in the New Industrial Strategy for Europe. Russia has always been a reliable partner for European countries and it has the longest border with Finland. Coupled with established logistics of supply chains, it could be considered as a prerequisite for new value chains, including localisation of Finnish companies’ production in SEZs and TOSEDs established in cross-border regions. In this case, Finnish companies could enjoy a preferential tax regime as well as technological, organizational and managerial support.

This list of prospective cooperation areas is not exhaustive but could prompt a discussion on the transformation of existing bilateral economic cooperation formats in a changing environment. Projects described above are beneficial for all parties involved as they help overcome the consequences of negative processes and lay the foundation for sustainable development of our economies that could complement each other and strengthen each other’s competitiveness.