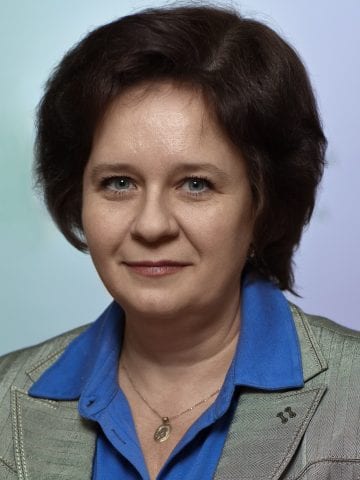 The Russian Federation and the European Union maintain vigorous trade and economic relations whose legal foundation is the Partnership and Cooperation Agreement signed over 20 years ago in June 1994. For many years, the EU has remained Russia’s largest trade partner. However, it is to be noted the EU’s share in Russia’s volume of foreign trade turnover is decreasing, for example, it amounted to 51.4% in 2001 against 41.7% in 2019.  Russia is the EU’s 4th largest trade partner after the US, China and Switzerland. At the same time, the share of the Russian Federation in the EU’s volume of foreign trade turnover increased to 4% in 2019 against 1.5% in 2001.

The bilateral trade in goods between the EU and Russia reached the peak level ($383.9bn) in 2008. In subsequent years, bilateral trade flows have undergone serious fluctuations. A dramatic drop in Russia’s volume of trade turnover with the EU was registered in 2009 and 2015 when the mutual trade turnover fell by 37.9% and 41% on the previous year, respectively.

According to the data of the International Trade Centre, in 2019 the Russian Federation’s foreign trade turnover with the EU amounted to $277.9bn, a 5.6% decrease on the relevant index of 2018. At the same time, Russian exports fell by 7.7% to $183.2bn, while Russian imports, by 0.7% to $88.6bn. A decrease in Russia’s volume of foreign trade turnover was observed with all EU countries, except for Austria, Ireland, Spain, Latvia, the Netherlands, Slovakia, Slovenia and Croatia. The trade turnover with the UK saw growth of 25.6%.

Russia is a key supplier of energy commodities to the EU and meets by one third the EU’s demand in crude oil, natural gas and coal. In the pattern of Russian exports to the EU, mineral commodities accounted for 60.2% in 2019. In value terms, mineral product supplies from Russia to the EU amounted to $114bn in 2019, a 9.6% decrease on 2018. It happened mainly on the back of a drop in prices of oil, petrochemicals and natural gas.

In December, the price of natural gas at Europe’s largest terminal – the Title Transfer Facility (TTF) in the Netherlands – fell by 10.3% to $4.62 per MBTU. The Gazprom was confronted with a dramatic drop in natural gas prices on the European market. According to the data reporting for nine months of 2019, in Q3 2019 the average sale price of thousand cubic meters of fuel to the EU was equal to $169.8. As compared with Q2 ($205.1), Russian gas prices depreciated by 17.2%, but as compared with Q3 2018 they collapsed by 32%. Consequently, in Q3 2019 Russian natural gas prices in Europe fell to the level seen in 2004 when the average price of thousand cubic meters of fuel amounted to $137.7. According to the data of the PAO Gazprom, in the first nine months of 2019 the company’s net revenues from gas sales to Europe and far abroad countries decreased by 12.0% as compared with the same period of the previous year.

Apart from mineral products, the EU buys from Russia metals whose share in 2019 in  the overall volume of Russian exports was equal to 7.1%, precious stones, precious metals and articled made thereof (5.2%), chemicals (4.3%) and other goods (18.4%).

A decrease in the value of Russian exports to the EU affected the entire expanded nomenclature of goods, except for two commodity groups: “Textile, Textile Articles and Footwear” (growth of 0.2%) and “Precious Stones, Precious Metals and Articles Made Thereof” (growth of over 100%).

In 2019, Russian exports of precious stones, precious metals and articles made thereof amounted to a new historical high of $15.26bn. The previous all time high seen in 2012 was surpassed by nearly $1bn. The main export commodity of this group was gold whose exports increased 8.1-fold as compared with the relevant index seen in 2018. Almost the entire volume of gold was exported to the UK.  In volume terms, Russian exports of gold to the UK saw an 11-fold increase from 10.4 tons to 113.5 tons.  A record-high index of exports of gold to the UK can be explained by Brexit-related concerns, as well as global upturn trends of demand on gold and the UK’s traditional role as the center of trade in gold and gold safekeeping. Apart from gold, Russia sold twice as much platinum ($936m) and 2.5 times as much silver ($100m).

Machines, equipment and transport vehicles are still the main group of commodities imported to the Russian Federation from the EU: in 2019 it accounted for 44.3% of the overall volume of Russian imports from the EU. However, due to the EU’s and a number of other  countries’ sanctions banning supplies to Russia of military and dual-purpose goods, any cooperation of their companies with Russian military-industrial complex enterprises and supplies of equipment required for development of oil and  gas fields on the Arctic shelf and in shale strata (drilling rigs, horizontal drilling equipment,  high-pressure pulsers and other), imports of this commodity group decreased: in 2019  they fell by 34.4% as compared with 2014.

On the back of introduction by Russia of countersanctions on imports to its territory of some food products from the EU, Russian imports of food fell by 37.7% in 2019 as compared with 2014. According to the estimates of the RF Federal Customs Service, western partners lose about $8.3bn a year because of these restrictions. The worst hit are particularly the suppliers of meat, dairy products, as well as fish and seafood. It is noteworthy that the imposed sanctions gave an impetus to Russia to use its own resources and switch over to import substitution.

Russia’s countersanctions facilitated the reduction of imports of European goods to the territory of the Russian Federation. But in 2019 some EU countries increased largely imports of goods to Russia with the largest year-on-year growth registered with Cyprus (82.0%). Substantial growth in supplies to Russia was observed with Ireland (22%), Denmark (16.9%), Bulgaria (9.8%), Austria (9%), the Netherlands (7.7%), Slovenia (6.4%), Lithuania (6.1%) and Hungary (5%).

Thus, a drop in global prices of oil and gas, as well as destabilization of relations have brought about a decrease in Russia’s foreign trade turnover with the EU. The crisis over Ukraine highlighted the urgency of a new model of Russia-the EU relations to be jointly developed so that the interests of all parties concerned could be accounted for.  In this context, much will depend on the parties’ preparedness to a concrete and substantive dialog on harmonization of processes of the European and Eurasian integration.