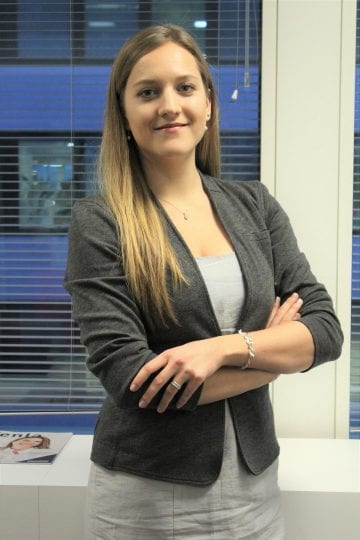 On the 1st of January 2019 Russian communal waste management was reformed – or better said, formed. From 70 million tons of municipal solid waste disposed annually, up to 97% end up in landfills or dumps. In January 2019, a regional operator, that is a company or an organization chosen through a tender, was made responsible for the whole waste chain. The goal is, that the operator would create a waste management system, in which the waste would be sorted, recycled and the ends properly landfilled. The challenge is that the operators were given little or no tools to do this. Here I describe the challenges that Russia will have to solve and analyze the waste reform’s potential to influence other fields of economy.

The first year of the reform has been a turbulent one. The target for 2024 is that 60% of all solid waste will be processed and 36% recovered (reused, reclaimed, recycled). After the first year, Russia is no closer to these goals as the year was spent still on formulating the system. The biggest achievement was the creation of waste operator (REO) whose purpose is to produce information, shape legislation, attract investment and create financing options. In addition, REO gives a fresh touch to communication about the reform to citizens. One can for example follow REO on Instagram and read posts about famous bloggers and Greta Thunberg (in a positive light). At the same time, many regional operators are at the edge of bankruptcy, federal cities got 3 years extra time to settle their operator disputes, waste recyclers import waste while the operators do not know how to process it, and the national operator is still in the beginning of 2020 without a chief executive officer as Denis Butsaev was released from his duty in the autumn 2019 – only half a year after starting in the position. So, while steps are taken forward, many struggles remain.

The biggest struggles relate to larger structural challenges in the Russian economy that are reflected on the waste reform. First is the low investment activity combined to energy abundancy and hard access to energy distribution networks. In the case of waste-to-energy sector (which is largely how western countries solved their waste problems), same business models are hard to apply. Energy is cheap and connecting to centralized energy distribution networks is hard or impossible. Therefore, some of the most concerning plans include building small incineration plants. Those would not be attached to any energy network, meaning that waste would be simply burned in small kettles, without proper emission filtering systems required by a big plant. At the moment, regions expect big subsidies from the government to build the infrastructure, while the government wants to rely on private investments, which shows in the budget given for the waste reform.

Second, even more severe struggle is the lack of trust between administration and citizens. In the first year, only 50% of all the bills sent by operators were paid, as people refuse to accept a higher price for the same system – waste being transported to landfill. This creates a vicious circle: operator doesn’t get paid and cannot invest in infrastructure while people won’t pay before infrastructure is in place. On the positive side, co-operation with Europe on the waste topic is active and eg. legislation on producer responsibility is a replica of the EU system. Russia is especially interested in the business models used on western waste markets, which tells about motivation to construct the waste system by market terms. To do this, larger structures like those described before have to be modified: access to energy distribution, improvement of investment climate, finding other financing models and increasing transparency on the sector. If Russia will be able to break through these lock-ins, waste reform can have a larger positive effect on the economy. 2020 is a critical year which will determine which way the reform will go.

In December 2019 I attended a forum in Moscow, where the results of the first year were presented. A young representative of REO started his presentation with a statement: the waste reform is the largest reform taken place in Russia, to which an older moderator commented flatly, that there was still the fall of communism and introduction of capitalism. Nevertheless, this short dialog revealed something important: for the young generation which has not lived in Soviet Union, the waste reform is indeed the single biggest and most important reform of their lifetime. The interesting thing worth following is, whether the reform is so important that it can change larger economic and political structures in Russia.