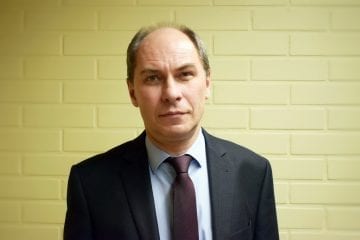 The end of the Cold War opened a possibility to build a system of genuine security in Europe. But the chance was missed. Why?

Let’s take 1990 as the starting point. Leading powers were discussing crucial matters concerning the future of Europe, with a united Germany as a core issue. The essence of the American and other Western partners’ approach could be illustrated by what Moscow heard from Washington: if Americans maintain presence in Germany that is a part of NATO, the Alliance’s forces would not be moved one inch to the east.

Well, Germany was united, staying in NATO. The Warsaw Pact was dismantled, Moscow withdrew its troops from Central and Eastern Europe and the three Baltic states, significantly reduced troops in western Russia. What came in response?

The abovementioned assurance was forgotten. The Alliance started acting according to its own needs, as they were seen, creating facts on the ground. The euphoria of the “winners” in the Cold War prevailed and left no room for political wisdom and realism that presuppose collective work on mutually acceptable and thus balanced and durable solutions.

Several rounds of NATO enlargement followed, and the process still goes on. One must bear in mind that NATO is not just nice “family photos” taken at summits, but first and foremost a mighty military machine. And it has consistently moved closer to Russia.

One may say that the Alliance has never intended to be a threat. But intentions can change, as we’ve seen above. It is realities that matter, and they give all reasons to be seriously concerned. Among other things one should be aware of NATO’s readiness to use military power.

The alarm bell rang loudly in 1999, when NATO in breach of international law launched its war against Yugoslavia, relentlessly killing and injuring mainly civilians in Belgrad and other cities. For the first time after World War II a European state was disintegrated and state borders in Europe were forcefully changed.

There is a number of other convincing examples, including Afghanistan, Iraq and Libya, where NATO’s or its member states’ military actions caused widespread loss of life, created chaos, rise of terrorism, flow of illegal arms and huge waves of refugees.

At top level between Russia and NATO, as well as in OSCE there was agreed to work for creating a common space of peace, security and stability, where security would be non-divided and equal for all and no one should try to ensure one’s own security at the expense of others’. These understandings remained unimplemented because of NATO’s hidden agenda. The Alliance continued its efforts aimed at building a NATO centered Europe, in terms of security, and achieving undisputable political predominance and military superiority. No wonder the Russian proposal to conclude a treaty on European security was rejected. Russian legitimate interests were just disregarded.

This policy is now taking exaggerated forms: the Alliance aspires to be the predominant “source of legitimacy”. A disturbing sign of that is the promoted concept of a “rules-based order”. There are meant rules formulated by a limited group of countries and imposed on others. Such rules can change any time depending on this group’s situational needs. This kind of “order” is conceived to replace the universally recognized norms of international law and truly collective work in representational international formats, first of all the United Nations.

The growing and self-assured NATO ultimately was perceiving the “disobedient” Russia as a firm and troublesome opponent, that at a point should be resolutely pushed aside.

A welcome opportunity to make a decisive thrust came with the Ukrainian crisis. It was used as a pretext for openly returning to NATO’ original task: containing Russia. The Alliance just rectified its course for ousting Russia. The invented “Russian threat” was a convenient, but false explanation.

Since 2014 there has taken place a very significant NATO military build-up in areas close to Russian borders, including the Baltic, in contradiction with NATO-Russia Founding Act from 1997.

Russia’s countermeasures are balanced and taken on its own territory. It is not Russia that has moved its borders towards NATO, but vice versa. Then, who poses a threat to whom?

The myth about “Russian threat” is dispelled also by statistics of military expenditure: in 2019 in NATO it was at the level of 1,04 trillion US dollars, 22,6 times exceeding that of Russia (46 billion dollars). The European NATO countries alone spent last year 6,7 times more than Russia on these purposes.

Aggravating security problems must be seriously and professionally discussed. NATO should revise its decision from 2014 to discontinue dialogue with Russia on the level of military experts. In May 2018 Russia tabled for the Alliance a whole set of concrete proposals on de-escalation. No answer. Again, no real interest?