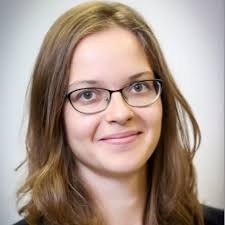 The global economy is currently facing the hardest shock since the global financial crisis of 2008. Russia’s linkages to the suffering global economy as well as unprecedented quarantine measures taken inside the country mean paint a recessionary picture for 2020. Extreme market turbulence experienced in March is comparable to the shocks of 2008 and 2014.

One of the primary channels through which the current shock is transmitted to the Russian economy is exports. Due to external demand weakness Russia risks to post a negative exports growth rate for the second year in a row, which has never happened in Russia’s contemporary history. Europe that is hit hard by the pandemic is Russia’s major trading partners accounting for around 46% of the country’s exports. The exports could decline by up to 5% in 2020 which would be comparable to the impact of the global financial crisis.

Investment demand is the next vulnerable spot suffering from the RUB weakness and from extremely high global uncertainty. Investment in Russia is highly import-intensive and thus highly sensitive to FX moves. The sharp RUB depreciation in 2008 and 2014 was followed by a drop in investment of more than 10% in real terms. The length of the corona-related global uncertainty is the key factor for the investment outlook in Russia. Investments moderate decline in 2020 is now a baseline scenario.

The authorities expected to make 2021 a year of significant investment growth acceleration (from roughly 2% to 5% annually) amid the launch of a more active phase of national projects. Quite a number of infrastructure projects would have had the final approval in 2020 followed by the work on project documentation. In the current environment the focus of the authorities will likely shift to crisis management leading to delays in project execution and eventually in a new investment cycle.

Private consumption looked slightly less vulnerable at first. However, as severe quarantine measures were implemented in late March consumer demand collapsed with the services sector being hit particularly hard. Consumer demand was hit very hard in the crises of 2008 and 2014. In both periods, consumers were feeling the pain of inflation acceleration (up to 15% in both cases) caused by RUB weakening. Thanks to inflation targeting and considerable import substitution, which has been under way since 2014, the responsiveness of prices to FX shocks has considerably declined. Thus, the inflation risk for consumers now seems lower than in 2008 and in 2014. A different risk is now on the cards, though. As businesses are looking for ways to remain afloat in the current crisis, temporary salary reductions and even layoffs are expected in particularly vulnerable sectors.

Overall, the baseline scenario for 2020 implies a GDP decline of around 3% with the biggest losses to be concentrated in Q2 when the output could drop by up to 10%.  The final outcome will largely depend on the epidemic curve in Russia as well as on the scale of public support measures meant to mitigate the crisis impact.

Russian public finance is resilient but still current oil price levels are painful. Russia has entered the current crisis with very sizeable buffers that now allow to cushion the impact of the current shock on the economy. With USD/RUB currently at 77, the breakeven oil price to balance the Russian budget is around USD 42/barrel.

The RUB-denominated oil price is now below the level seen at the peak of the crisis of 2015. Non-oil revenues will also slightly decline with slower economic growth and due to tax breaks for the most vulnerable sectors in the current crisis.

With the current oil price level, the Russian federal budget is expected to see a deficit of around 3% of GDP in 2020, Currently the liquid part of the National Wealth Fund is equal to 9.2% of GDP. The country is thus capable of enduring the current oil market conditions for more than three years. Thanks to these buffers, the current risk of a sovereign rating downgrade is low despite a massive plunge in the oil price.

The RUB is among the EM currencies that are hit hardest in the current sell-off. The worst risk sentiment since the global financial crisis is exacerbated for the RUB by the plunge in the oil price to a record low since 2003. According to a rough estimate, with an oil price in the range of USD 20-30/barrel, the RUB could fluctuate in the 75-84 range against the USD depending on risk sentiment in the market. In an environment with an oil price of USD 30-40/barrel, the RUB is likely to stay between 69 and 77 versus the USD. On a 1-year horizon a gradual recovery of the currency is on the cards. As the pandemic spread slows down and the market mood improves, the currency is expected to move in search of a new equilibrium level of round 65-70 for USD/RUB and around 75-80 for EUR/RUB.