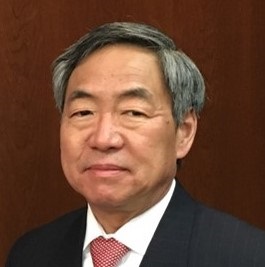 The COVID-19 pandemic has provided new opportunities for Russian malign influence activities. Aggressive efforts will take place across a spectrum ranging from information operations to potential armed conflict. Hybrid warfare methodologies, blending a variety of instruments of state power, seek to exacerbate societal tensions, influence elections, and disrupt the activities of public and private sector organizations. Russia will continue its campaign against Western alliances, Western nations, and the United States. Its objectives include dividing and weakening NATO, subversion of pro-Western governments, undermining relationships, and reasserting its sphere of influence over former Soviet Union countries. In addition, expect to see misinformation and cyber campaigns against former Warsaw Pact countries including Georgia and Ukraine.

Russian information warfare has had significant success against the United States and its society as a center of gravity. Attacking existing divides, the effort inflames fault lines including racial tension, socioeconomic inequalities, and political polarization. Western elections have long been targets of Soviet and Russian influence campaigns, however, there is little evidence that the Russians have been successful in altering United States election results by attacking election machinery. During the period leading to the 2016 presidential election, provocations included false versions of actual groups such as Black Lives Matter. There were attempts to foment violence by organizing protests and counterprotests in the same place and time while urging participants to fight in the streets. Not yet understood, is the extent to which these activities continued during the 2020 election process and to what extent they contributed to the sharp divides that exist in U.S. society. An investigation, similar to the one conducted by Robert Mueller on the 2016 election, will be necessary to understand the extent and effectiveness of Russian activities.

Russian influence operations to take advantage of health crises are not new. In 1983, Operation Infektion was initiated by Soviet intelligence attempting to attribute the HIV/AIDS epidemic to United States activities aimed at developing biological weapons. The campaign lasted until 1987 and the resulting conspiracy theories reverberated for at least a decade. More recently, Russia has echoed Chinese assertions that COVID-19 was developed as a weapon and introduced into Wuhan by the U.S. Army. Russian intelligence services have continued to spread misinformation through English language websites throughout the pandemic. Russian media has promulgated disinformation about COVID-19 being spread through 5G towers resulting in further distrust of Western institutions and science. There is concern that the volume of misinformation has hampered worldwide efforts to slow the advance of the disease, contributing to the number of infections and deaths.

Recent Russian narratives in state-controlled media have attacked the efficacy and safety of vaccines developed by Pfizer-BioNTech and Moderna as well as exacerbating the issues with the AstraZeneca and Johnson & Johnson vaccines.  Success with promoting vaccine hesitancy and denigrating the producing firms will likely give Russia additional tools against the West. The 2020 Solar Winds cyber-attacks, likely conducted by Russian intelligence, affected 18,000 public and private sector organizations, including ones in the European Union, or conducting business there. In the United States, 60% of the companies that experience a cyber-attack fail within six months. Hybrid warfare activities against commercial organizations would further undermine Western nations and governments.

Accurate and inaccurate information surrounding the COVID-19 pandemic is exploitable as a weapon against Western democracies. There have been, however, important strides against disinformation. Efforts including the Finnish European Center for Countering Hybrid Threats have potentially identified best practices against misinformation and disinformation. Fact checking activities have emerged across the world. While a significant proportion of the fact checking effort had been focused on United States politics, there has been attention recently to misinformation about COVID-19 and vaccine hesitancy.  The London- and New York-based nongovernmental organization First Draft, provides training for journalists and others to identify misinformation. Academic initiatives include the Shorenstein Center on Media, Politics, and Public Policy at the Harvard Kennedy School. In 2020, the World Health Organization launched an initiative and new scientific discipline called infodemiology as a multi-disciplinary effort to mitigate the effects of pandemic misinformation. Learning from these efforts and others, will be essential to combat Russian malign influence campaigns as well as those stemming from other state and non-state sources.