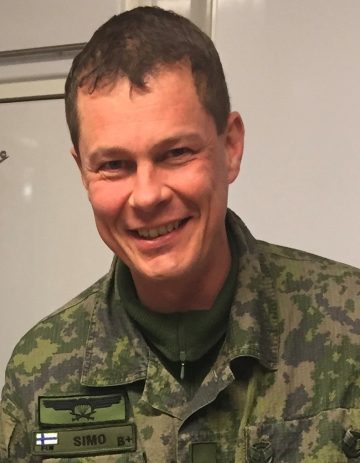 The academic and public discussion concerning the changing character of war and non-military threats should be contextualized from the perspective of developments of Russian military thinking and practicalities. The Russian theoretical and political discussion on war has evolved during last decade to include several emerging topics. These topics include an idea that the character of war is changing due to the effectiveness of non-military measures, which are considered comparable with forceful, violent measures. This aforementioned change in the way of political and military thinking is also coded into the Russian national security and military strategy documents in a form of national threat scenarios and the construct of strategic containment (deterrence).

In one of Russian national threat scenarios, a potential regime change causes a need to define the characteristics of war in a way that war could be waged also with other than merely military and violent means. The threat of regime changes by foreign non-military and also military measures can potentially remain topical in the Russian national agenda for a longer period due to the volatility in popularity of the regime. The persistent threat perception legitimizes the requirement for a strong and suppressive internal security regime and for its sufficient resources.

It is worth mentioning some evolving views of the Chief of Russian General Staff concerning future war. His views represent the official, overarching view on the change of the characteristics of war. These views create a picture of an excessive use of various forceful military means in future wars, thus bringing forward a massive employment of precision guided weapons and new type of weaponry. This weaponry includes various robotic systems to be typical for the future wars.  The conventional precision weapons are considered to be adapted into the strategic containment (deterrence), which has traditionally been dominated by the nuclear weapons.

Concerning development patterns of Russian characteristics of war, there are clear indicators present for a longer-term stability. The theoretical discussion on war and warfare is holistic and rich in format and it is embedded into societally distinguished cultural military tradition. In coming decades of military-political thinking, military power is considered as one of the key elements of solving global problems. The future is understood as an era of emerging conflicts and a tendency of great powers to prefer the application of the military power over other available options.

The successful Russian military reforms during the last ten years combined with the operations in Ukraine, Syria and in Nagorno-Karabakh have paved the path for the consideration of prospective military problems. Deeply institutionalized armament programs are strongly influenced by the idea of great power conflict and by the ongoing military operations, thus producing an arsenal of heavy equipment for the future battlespaces.  Instead of being a short-term reform, the change in the general direction of armament programs takes more than a decade by standard. Nevertheless, the Russian defense economy incorporates elements of flexibility, thus being able to adapt to volatile economical and to political changes. Contemporary Russian decision-makers seems to have clearly defined aims, well developing theories, credible strategies, and functional programs to be able to pre-empt or manage great power conflicts as well as minor scale military conflicts during the coming decades.

Military has a strong and enduring role in the development of Russian state and its society. Russian defense industry has in-built incentives to produce effective weapon systems regardless of economic, political or geopolitical changes. While developing European policies, an extensive foresight would be desired in the context of Russian military, defense industry and the formation of strategic culture. The many existing heavy armament systems could have over 50 years of life cycle expectations.

A variety of thinkable dramatic changes in the security and political environment of Europe and Russia would in any case leave significant amounts of Russian military know-how, defense industrial capability and effective weaponry on disposal around the global battlespaces. In a variety of scenarios, nuclear weapons could also be included. In the Russian context, the sheer existence of weapon systems and their impact to the persistent characteristics of war are useful to be understood and included into strategic considerations. Russia has a potential to change its military and political character during the next decades, but the resistant culture and institutions have a potential to survive and incorporate themselves into the changing environments.