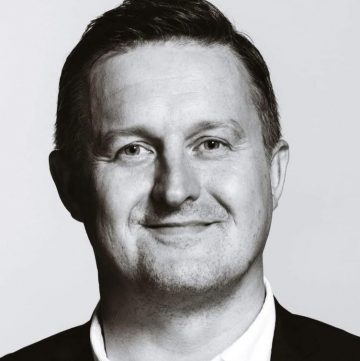 When the new decade started three months ago, no-one could have predicted the status world including Russia would be in just 90 days. Corona pandemic has swept basically thru the entire globe and we have only seen the beginning. The impact has been devastating: Fatalities, destroyed economies, increased unemployment and financial uncertainty that the world has not seen since the WWII ended.

Countries have put all their efforts to contain the virus, but as this is being written, final outcome remains unknown particularly in the U.S, in most of the EU-countries as well as in Russia.

Russia´s year started in January 2020 with the unexpected change of the government. Long-time prime minister Dimitry Medvedev was replaced by Mikhail Mishustin, a technocrat and previous the Director of FAS, or Federal Tax Service. There is some speculation if his arrival to the political scene of Russia was totally unplanned, but in fact his name has been in the list of future leaders of the President already in the beginning of 2010´s. Simultaneously approximately half of the government changed with average age decreasing by 2 years and shift changing from Saint Petersburg  back to Moscow-based persons. In the current government there are only 2 Saint Petersburg originating ministers. It was widely analyzed that the change of the government was current President`s first step for actions coming 2024 elections.

Beside the Corona virus Russia`s economy has been attacked from another front, the oil price war between Saudi-Arabia that has led to the fastest drop in oil price in nearly two decades. Urals barrel price has been hovering on the lowest level at 13 USD per barrel since 1999. Positive thing is that the country`s money reserves are full, and it has means to fight the low price for quite some time, but the damage to the budget is evident and estimated at over 3 BUSD per month if the price remains at such low levels. Therefore, it was no surprise the President Putin has also been calling on lifting some of the sanctions from his G20 counterparts, although no positive friction has been received on the topic yet.

Drop in the oil price has led to the devaluation of the ruble in March and the forecast for the end of the year is currently at 84 vs EUR. The rate of the RUR is one of the key factors for the business both in Russia but also for example tourism coming to Finland and other countries which has now more or less completely stopped.

Fast development of the Corona virus has also caused delays and changes in the process of renewing the constitution of the country. Russia´s Constitutional court has approved the changes to the constitution that would allow current President to continue in power until 2036. Furthermore, he initial date for the advisory referendum was 22.04, but at this stage it is postponed to a later date, evidently in May or possibly in June.

What will all this mean to business then? The economy has significantly slowed down and GDP for 2020 will be visible negative. The visibility is blur how much as the epidemic is just at its first stages in Russia and further actions by the government can only be estimated. People have been placed in curfew in several of the large cities. Going out is allowed for example in Moscow only with a special reasons and special QR-codes to monitor movements are taken into use. Shopping centers, shops, restaurants and nightclubs are closed for the time being.  Food stores and pharmacies remain open. At the moment the full focus of the government is to contain the virus. There is information of different support packages. Prime Minister Mishustin has announced a 1,4 trillion RUR (15 BEUR) amount with which it plans to support the damages of Corona virus. This amount will probably be extended in the near future.

There will be also changes to the budget and its spending and furthermore the some over 20- or so-called National Projects that President Putin launched prior, will be delayed and their timetables most likely are changed. Production figures were still relatively positive for the beginning of the year, but the oil price war and the virus are now driving the country into a recession. Lots of people will unfortunately lose their jobs.

Typical for doing business in Russia has been the fast and swift changes during past twenty years, but which have also been recovered from in due time. This happened for example in 1998 and 2008. The companies who have the patience and financial means to navigate thru these periods are the survivors in the market. Russia has 140+ million inhabitants. However, this crisis is different in nature and substance and the final outcome will be harder to predict. Russia´s will eventually recover and things will again stabilize, but it will create a major dent in economy as well as the spending habits will change. Consumer confidence and private spending may decrease for some time. This is a factor which has been one of the main cornerstones of the country´s economy.

The timeline also remains unclear how long recovery will take, but there will be also a tomorrow. Macroeconomic visibility is very limited at the moment. Main effort and focus now is to fight spreading of the virus.