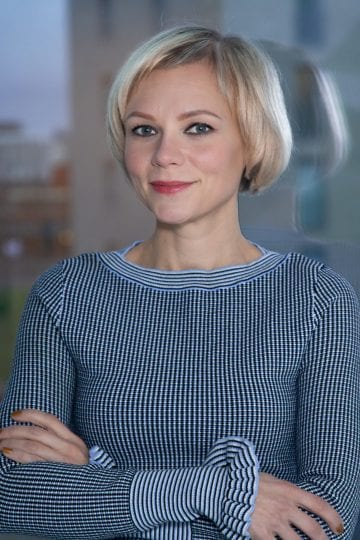 Military aspects have been strengthened in the State Patriotic Education Programme of Russian citizens since 2001. The process accelerated after the Moscow street protests during the parliamentary elections of 2011 when Kremlin began to reorganize youth politics to ensure young people’s support for the regime and to create a new sort of passionate patriot. The results are already prominent.

In recent years, several military-patriotic organisations that existed in the Soviet Union have been revived in the Russian Federation, including the Suvorov military and Nakhimov naval schools, Cadet corps, Cossack military schools, the Society for Cooperation with the Army, Aviation, and Navy (DOSAAF) and the Ready for Labour and Defence (GTO) training system. In addition to these, there are over two thousand regional military-patriotic organizations or clubs in Russia. All these organizations teach military skills to minors.

The most remarkable movement in this context is Yunarmiya the objective of which is to unite all these pre-conscription training organizations. The movement was formally established by the Minister of Defence of the Russian Federation Sergey Shoygu in the year 2015, the anniversary of the founding of Komsomol, which is hardly a coincidence. Today, Yunarmiya has over 600,000 members and aims to increase the number to one million this year. Any 8–17-year-old, any military-patriotic club or search squads can voluntarily join the movement. The movement has structural units in all the 85 territories of the Russian Federation and units in Armenia, Kazakhstan, Belarus, Kirgizia, Transnistria and Azerbaijan.

In the modern world, the Russian state sees many threats that patriotic education is supposed to provide a response to. Among other patriotic initiatives, Yunarmiya is thought to play a preventive role in maintaining the stability of society against globalization, colour revolutionary ideologies, ‘war fuelled by Russia’s enemies’, as well as a shortage of personnel and moral values in the Armed Forces. Furthermore, these patriotic initiatives fight against declining fertility rates. This, in turn, is logically linked to the traditional gender roles promoted by the Orthodox Church, which considers national security to be based on family.

The movement ‘Yunarmiya’, the name of which is the acronym for the young army, is not a new concept but was already used during the Russian Civil War in 1917, to denote under-age participants. In the Soviet Era, the name was used for teams participating in Komsomol’s and Young Pioneers’ military games. Yunarmiya does not admit to having any specific role models, but hymns, clothing, badges, summer camps, activities with veterans, military rooms at schools – all seem to be copied from Soviet Pioneers. Like members of Komsomol, those of Yunarmiya are also promised career advancement with already more than twenty Russian universities awarding extra points in their entrance exams to students who belong or have belonged to Yunarmiya.  The infrastructure of the movement is tied to the locations of military units, DOSAAF and central sports club of the army, through which Yunarmiya gets training places and equipment. Yunarmiya cooperates with drafts, and statistics on how many members join the troops are closely monitored.

Although one of Yunarmiya’s most important tasks is to prepare boys for military service, many girls are members of the movement. This has raised the question of whether the role of women in the Russian military context is growing and changing. Women are not subject to general conscription but can serve under contract. At present, about 45 thousand women are serving in the Armed Forces and the number is increasing.

While the project is not unique in today’s world and Komsomol and Osoaviakhim (currently DOSAAF) together raised hundreds of thousands of Soviet youth with military skills, it is worth noting that interaction between the Ministry of Defence and military-patriotic youth organizations has never been as close as today in the case of Yunarmiya. Through Yunarmiya, the Russian Armed Forces have become the main institute of the state in terms of raising patriots.

It is important to keep in mind, that behind the official image is the youth who live in a global world. Several polls show that youth’s perception of patriotism does not match the experience of their parents’ generation. Also, many scholars consider the current model of patriotic education to be ineffective and vacuous. On the other hand, for the state, it is probably sufficient for members of society to be at least passively involved in the patriotic project, while a small, intense group of faithful and self-sacrificing patriots is enough to maintain the present power relations and top-down mobilization structures.

The current article was written as a smaller part of my doctoral research project dealing with the gender aspects of military-patriotic education in Russia.