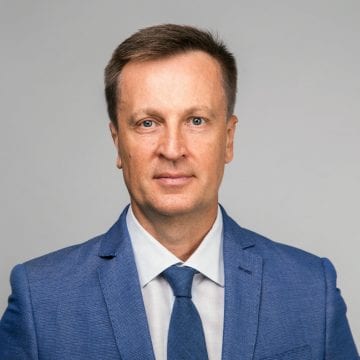 Valentyn Nalyvaichenko,
MP, Secretary of the Parliamentary Committee for Ukraine’s integration into the EU,
Co-Chair, Group for Interparliamentary Relations with the Republic of Finland,
Parliament of Ukraine

The aggression of the Russian Federation against Ukraine is ongoing since 2014. Seven years of a debilitating war for our state, occupied Crimea and Donbas, civilian casualties, almost daily military losses, over a million of IDPs, hundreds of illegally imprisoned by Putin’s regime Ukrainians. Ukraine has temporally lost control over some of its territories but proved to be a strong and reliable shield to protect the EU from further Russian aggression.

Nevertheless, the strongest weapon against the aggressive and hostile regimes is the multilateral international sanctions. The more intense and the better such restrictive measures are coordinated internationally, the more effective they are.

Today, the European Union, the United States, Canada, Norway, Switzerland and others — 41 countries in total — keep sectoral and individual economic sanctions imposed on Russia over Ukraine. Bloomberg Economics estimated the losses suffered by the Russian economy during the sanctions period (2014-2019) at 10% or 150 billion US dollars compared to figures expected if no restrictive measures have been imposed.

Having adopted the Law on Sanctions in 2014, Ukraine has also imposed a number of its restrictive anti-Russia measures. However, the Law is often described as “smoke screen” and almost ineffective. The sanctions policy of Ukraine, to include its legal regulations, has significant shortcomings and requires improvements by incorporating the best international experience in applying restrictive measures.

Firstly, one of the reasons for the poor effectiveness of national legislation is the unclear terminology in the field of imposing sanctions.

Secondly, the legal regulations lack a mechanism to control and monitor imposition of sanctions.

Thirdly, the Law lacks any provisions that preclude going beyond sanctions, including the possibility of using controlled companies registered in other countries.

Fourthly, there is no proper control over money/goods from Russia, which are received by the strategically crucial enterprises of Ukraine.

Fifthly, unlike the US legislation, that imposes severe penalties for violation of sanctions, Ukraine’s legal regulations lack any stipulation for obligations of legal entities and individuals to abide by the sanctions regime and be responsible for its violations. The rules on liability for breaches the sanctions regime make the law ineffective, thus there is no case of imposing a fine on a company or an individual during six years of its existence, unlike the US and the EU countries practice.

The success of the EU and the US sanctions is due not only to existence and effective performance of the supervisory authorities; it is also inevitability of the punishment for a breach, and the transparency of sanctions policy. In particular, this transparency is achieved by communications on imposing sanctions to persons liable for breaches, with detailed explanations of the reasons, calculation of fines and conditions to be met for relief or eliminating sanctions.

I think that the existence of the Law “On Sanctions”, providing for no systematic sanctions process, its proper methodical support and the strategy of imposing sanctions, cannot counter not only the Russian invasion, but it has also causes reputational damage to our country on the international stage.

Whereas, I am convinced the sanctions must be expanded and imposed primarily for the aggression of the Russian Federation, its military crimes, crimes against humanity and other crimes that have occurred and are occurring on the temporarily occupied territories.

As a Member of the Ukrainian Parliament, I drafted a Law On the National and International Sanctions.

My draft law, inter alia, specifies how sanctions — national and international — should be imposed, implemented and monitored in Ukraine by all authorities, citizens and legal entities.

In particular, I propose that the Ministry of Finance of Ukraine, together with the State Financial Monitoring Service of Ukraine, should be the central executive body that implements and monitors the sanctions policy. It is a reliable agency that is supposed to control and monitor primarily the financial, economic and other aspects of sanctions.

While improving the existing sanctioning mechanisms I would also strongly recommend that Ukraine and the allies consider related information from NGOs, civil activists, experts in the field and investigative journalists, especially when it comes to personal targeting and sanctioning or violation of the applied restrictive measure.

It is my conviction that the adoption of such a law will strengthen Ukraine’s position both in the Normandy Format and in the Minsk process in regard to deoccupation and the restoration of peace.

Sadly, the Nordic countries learnt from their own history what occupation and aggression from the East is. But it brings us closer in confronting Russia’s aggression.

While sanctions remain a key tool in pressuring the aggressor to change its hostile foreign policy, the multilateral international sanctions against Russia must be extended and strengthened till the complete deoccupation of Ukraine.