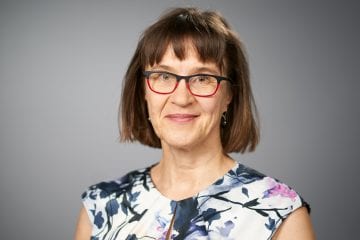 Eija Rotinen,
Ambassador of Finland to the Republic of Chile

Chile feels like the mentally closest Latin American country from the Finnish or Nordic point of view. It is the second least corrupt Latin American country with a business friendly policy. Chile is very dependent on foreign trade and thus very free trade oriented. It has numerous free-trade agreements with different partners. Chile has been generally characterized by responsible macroeconomic policies and sound fiscal management. It attracts more foreign investment than other Pacific Alliance countries. It is also known as a good starting point for foreign companies when coming to Latin America. It is the first South American country with which the EU made an association agreement in 2002. At the moment, the EU and Chile are negotiating on the updating of the agreement.

Since 2010 an OECD member country, Chile has ambitious development goals regarding modernization of the country. It also has good results to show of its policies on poverty reduction and economic growth during the past 30 years of democracy. Irrespective of the political affiliations of its governments, Chile has kept its investment climate positive and predictable. From the foreign investor’s perspective, there are some challenges in the Chilean society, e.g. ineffective and onerous bureaucracy and restrictive labour legislation. Some sectors are also relatively strictly protected against foreign competition. Among the challenges Chile faces are low export diversification, dependence on commodity prices especially that of copper and low productivity. Chile is highly vulnerable to climate change and drought has proved to be a serious threat to Chilean agriculture, one of the most important export sectors. Chile has during recent years developed ambitious programmes to reduce carbon dioxide emissions. It has a huge potential of solar and wind energy.

Chile’s reputation as the most stable Latin American country has suffered a blow since the social upheaval that started in October 2019. The most visible setbacks were the cancellations of the UN climate change conference (COP25) and APEC summit that Chile was going to host at the end of 2019. Statistics show that Chile is a country with increasing polarization. For outsiders it was obvious, but for the Chilean political and economic elite its depth seems to have come as a surprise. What has shocked many in Chile has been the violence that is happening in the otherwise peaceful demonstrations. In addition, both national and international observers have reported a relatively large number of human rights violations committed by security forces.

The roots of the demonstrations are in the low quality of and difficult access to public services – especially education, health and child protection – in a country whose decision-makers strongly believe in private sector and its role in all parts of society. Also criticized were the privileges of the ruling class, impunity or mild sanctions of white-collar crime and the privatized pension system, which results in very low pensions for many. Incomplete competition in the Chilean market is one cause for the very high living costs compared to the wages of most Chileans.

According to the demonstrators, their demands can never truly be answered without a completely new constitution. The present constitution stems from the military regime in 1980. Some sections have been reformed during democracy but the basic ideology of the public sector’s minor role in society is still there. This – say the protesters – makes it impossible to guarantee basic social, economic and cultural rights for the people of Chile. Most political parties have agreed on organizing a plebiscite on the need to enact a completely new constitution. The most conservative politicians oppose it, some of them being afraid of seeing a populist leftist tendency like seen in Venezuela or Cuba gaining ground.

The resilience of the Chilean society against natural catastrophes is quite strong and the country is relatively well prepared, but the present covid-19 pandemia will test it for real. The vulnerabilities of the society can clearly be seen already at the early stages of the crisis. Low level of education, challenges of health sector, lack of efficient and comprehensive internet connections and bureaucratic ways regarding the deceleration of the epidemic are some of the most visible challenges facing Chile these days. Economically the country is perhaps in its worst condition to face the covid-19 crisis after months of social unrest. However, political parties have seemed to find common ground more easily during this crisis than before. Only time will tell if and how this opportunity will be used to modernize the society and make it more equal to all the citizens.