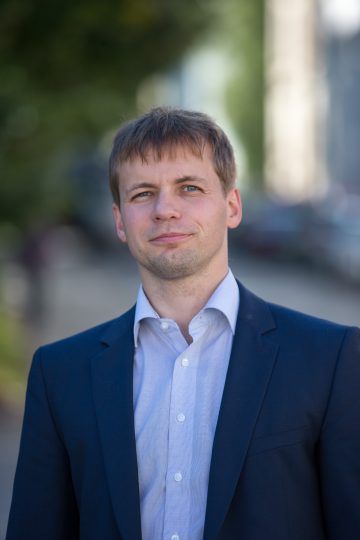 Security threats posed by both geographic location and military potential of Russia’s Western enclave, the Kaliningrad region that shares a border with Poland, Lithuania and the Baltic Sea, but has no common border with Russia, have troubled the West for many decades since 1991. So far, Russia has used the Kaliningrad-argument as a “trump card” to threaten the West with conflict escalation in Baltic region when preferred by Russia[i]. However, the outbreak of war in Ukraine in February 2022 has dramatically changed the situation, as Kaliningrad has no further strategic value for Russia as a place for conflict escalation with West, because it is hard to top all aggressive action done by Russia already did in Ukraine. In changed circumstances Kaliningrad might for Russia no be seen not as asset for threatening West, but as an enclave under economic and political risks of embargo from West.

Kaliningrad as a potential battlefield between Russia and the West

Particularly over the past years, Western military experts and policy analysts have debated on the possibility that the Kaliningrad region will be the next battlefield preferred by Russia in upcoming political and military confrontation with West. There were some obvious reasons to expect that Russia opts for conflict escalation with West. First, Russian leader desperately needs new conflict zones with NATO after the annexation of Crimea in 2014 to keep up the spirit of Russian people and to recover lost public support for Vladimir Putin and its political regime. Second, so far Russia has suffered only minor losses after fueling aggressive conflicts and is therefore, encouraged to further test West’s patience and humility. Last but not least, since Russia has for many years called into question the unipolar nature of the current international security order as well as challenged the leading role of the US as main security provider worldwide, any sort of destabilization and escalation works in Kremlin’s favor.

In this light, choosing the Kaliningrad region as a potential battlefield to demonstrate its superiority over West seemed to be a logical choice for Russia, mainly for military and strategic reasons. The Kaliningrad region is heavily militarized by Russia, referring among other things to the headquarter of Baltic Fleet navy in Kaliningrad and Russia’s nuclear-capable ballistic rocket-system Iskander and other modern military systems like S-400 air-defence system and missiles anti-ship rockets Bastion and Kalibr cruise missiles stationed in the Kaliningrad region; Russia’s regional military superiority over the West in Kaliningrad and in the Western Military District in general and Russiaʼs control over Lukashenko’s Belarus. Thus, the Kaliningrad region constitutes a good platform for Russia to put pressure on the NATO Alliance with minimal reorganization of its military forces and maximum likelihood of humiliating the Alliance or ideally even playing the NATO member states against each other. Additionally, Russia has conducted systematic and extensive military exercises (like “Zapad 2017”, “Zapad 2021”) in nearby regions and run aggressive propaganda campaigns.  In this way, Russia has used the geostrategic and military advantages of the Kaliningrad region as a “trump card” to threaten the West with conflict escalation. Moreover, in Russian propaganda Kaliningrad was even described as a crucial “pillar” of Russkyi Mir, referring to the initial “mythical” ideal of Russian culture and Russian language that gradually transformed to the political idea that Russia should protect and support everybody who identifies itself as Russian worldwide.

Already before the outbreak of Russian aggression in Ukraine in 2022, Western countries have taken security threats posed by the Kaliningrad region extremely seriously. Many studies and reports have been published scenarios of how Russia could isolate the Baltic countries or to attack Poland from the Kaliningrad region; Western media, military leaders and politicians have warned for the risk that Russia wants to control the Suwalki corridor which involves an attack on NATO territory. In this way, the West basically played along with Russia and its colorfully imagined future scenarios that what could materialize after Russia “loses its mind” and attacks the NATO Alliance. Since the balance of military power in the Kaliningrad region is in favor of Russia, in practice it meant that for Western countries it was mostly about assurance and confidence-building by convincing themselves that “the Alliance gives an appropriate response to Russia, if Russia crosses the red line” even if in practice they had no idea where the red line is and what the appropriate response should be. However, Russiaʼs current military fiasco in Ukraine has revealed huge shortcomings in military planning, readiness of military capabilities, logistics, communication systems as well as strategic narratives in Russia and this has changes the picture dramatically. However Western politicians are still somewhat cautious in doing something “decisive” enough related to Ukraine or Baltic States that might trigger Russia to “attack” the West, possibly also using the forces in Kaliningrad region.

Although the war in Ukraine seem, on the one hand, to distract Russia from “safeguarding” Kaliningrad against the West, it also draws the attention of Western countries away of the true potential of the Kaliningrad region. Kaliningrad is very important for Russia psychologically, militarily and strategically which means that Russia does not want to lose Kaliningrad under no circumstances. In this light, Russia also can’t use Kaliningrad today for active bidding in conflict escalation with West, because otherwise it would directly open the way also to the revision of historic decisions made in 1945–1946 in association with Kaliningrad. This, however, leaves some room for maneuvers for the West who should not be afraid that Russia attacks them using the resources located in Kaliningrad. It is a pretty safe bet that despite Russia’s aggressive rhetoric they have currently neither military potential nor strategic motivation to attack the Baltic countries or Poland from Kaliningradʼs side.