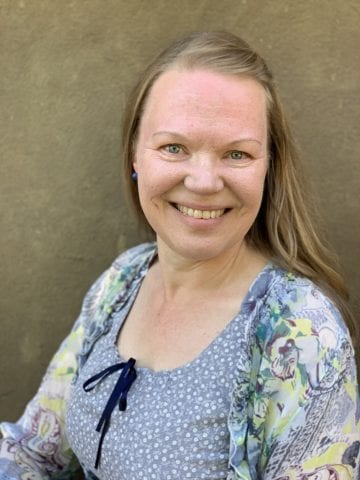 Sustainable development is defined as development that meets the needs of the present without compromising the ability of future generations to meet their needs. The definition is based on the United Nations (UN) World Commission of Environment and Development statement from 1987 that aimed to achieve economic and social development and environmental protection in a balanced manner and with the goal of socially inclusive and environmentally sustainable economic growth. These aims have been formulated into the 2030 Agenda for Sustainable Development adopted in 2015 that includes 17 Sustainable Development Goals (SDGs) addressing, for example, poverty, health, urbanization, and responsible consumption and production. The UN notes that trade liberalization can have both positive and negative effect on sustainable development: growing trade induces economic growth but not necessarily without cost to the ecosystem. Developing countries should be integrated into the multilateral trading system while at the same time ensuring that this contributes to sustainable development. So far, the SDGs provide the most coherent sustainable development framework to develop business models with positive societal contributions.

The European Union (EU) has been one of the parties striving to advance the sustainable development agenda in its international trade policy. Trade policy and sustainable development is a timely topic because of the accelerated pace at which free trade agreements (FTA) are negotiated, signed and enforced, and because they are becoming more comprehensive. Recently, trade agreements have been concluded particularly in East and Southeast Asia, and the EU has been active in this front, as well. It has signed FTAs with South Korea (in force since 2011), Japan and Singapore (2019), concluded negotiations with Vietnam, and has ongoing talks with others, such as Indonesia. Yet the EU has not launched negotiations with one of its biggest trade partners, China, due to trade disputes and problems of transparency in China’s trade policy as perceived by the EU side. Whereas talks for an investment agreement were begun in 2013, negotiations for a free trade agreement are not in the foreseeable future. China currently emphasizes its Belt and Road Initiative (BRI), originally the ‘One Belt, One Road’ for infrastructure development along the Eurasian continent and sea routes to Europe, the Middle East, and South Asia. In this framework, China aims to negotiate FTAs with most – if not all – of the nearly 70 countries participating in the initiative, many of which are post-Soviet emerging economies in Central Asia.

As to the EU, the negotiated agreements in Asia are wide and deep “new generation” FTAs that also adhere to sustainable development. How, in practice, are sustainable development issues – labour and environment protection – included in trade agreements? The EU’s bilateral FTAs are legal documents with detailed provisions on the liberalization of trade. For example, the EU-South Korea FTA is a document of 1426 pages consisting of 15 Chapters and 25 Annexes, signed by the representatives of all EU member states and South Korea. Looking at the South Korea, Japan, Singapore and Vietnam agreements, it can be observed that the texts are relatively similar. The structure of the ‘Chapter on trade and sustainable development’ is almost identical in the four FTAs. Each include references to international conventions, such as those of the International Labour Organization. All agreements note, for example, the right of each party to establish its own levels of environmental and labour protection; a commitment to respect the fundamental rights at work; and facilitating trade in environmental goods and services (renewable energy, energy efficient and eco-labelled goods). Slight differences are found in exact wordings, reflecting the formulations that each negotiating party has been ready to accept at the time of the negotiations.

What is notable is that the four FTAs show a chronological evolution towards more detailed provisions on sustainable development. The first FTA, with South Korea, is the briefest whereas the one with Vietnam is the most explicit in environmental and labour issues. Yet, none of them present sanctions on the possible ignorance of the provisions by the parties. This makes the FTAs relatively powerless in executing any endorsements in case of misconduct. The European Commission has noted that sustainable development issues are still unfamiliar in many of the EU’s trade partners and thus challenging to implement. Institutional structures and monitoring practices are, however, being put into place. Therefore, FTAs may eventually serve as an institutional push to introduce formal rules and regulations on sustainable development at the national level in partner countries, which would support responsible businesses in the long run.