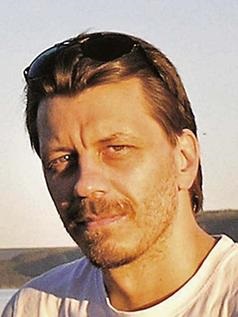 By now Sweden’s way in the pandemic is well-known internationally. Anti-lockdown and anti-mask- protesters in the U.S. and Europe have held up Sweden as an ideal. Sweden stands out by its relaxed approach. Following WHO’s declaration of a pandemic on 11 March 2020, most European countries introduced restrictions and school closures from March. All Nordic countries except Sweden were quick to close schools, bars, and restaurants as well as the borders for non-citizens or residents. They initiated testing, contact-tracing, and isolation of cases. Similarly, Germany and the U.K. responded on 23 March with different restrictions. Sweden, by contrast, only temporarily closed upper secondary schools (16-18 years), which reopened on 16 June, and moved to online teaching at universities, while other schools were kept open. Public life remained largely uninterrupted. In general, there were no restrictions on travel or movement, no testing nor tracing, no recommendation of face masks even in hospitals or care homes. Despite the warnings from China and Italy, Sweden’s Eurovision national final took place with full audience in Stockholm. Limits on gatherings came to 500 people on 12 March and 50 people on 29 March. The general recommendations were hand washing, keeping social distance, and to stay home in case of symptoms. Most political parties, except the national-conservative Sweden Democrats, gave passive consent to the approach until May, when critique began to appear following the high death rates. By 30 April, Sweden ranked among the top ten in the world with the highest deaths in covid-19, 244 per million, about seven times higher than Finland and Norway (ourworldindata.org. 30 April). By early June Sweden had twice as many deaths as the neighbouring region of all other Nordic countries, the Baltic countries, Poland, and Kaliningrad combined. By 8 July Sweden had reached a ratio of 538 deaths per million exceeding for example the U.S., which had 394.

The pandemic has been an unprecedented crisis and most European countries were insufficiently prepared. Governments had to respond to uncertainties with limited scientific knowledge. During such conditions, it is crucial that decision makers and agencies show capacity to adapt and respond to new information and conditions, as well as follow the precautionary principle, to protect its citizens.  When the second wave started during September or first half of October, the other Nordic countries were well-prepared, and in Germany a circuit-breaker was introduced, closing restaurants, cafés, and cultural activities. Further measures followed in December, with the closing of schools and introduction of home schooling. Denmark also kept schools closed for an extended period after the winter holidays, to avoid a third wave. In Sweden, by contrast, the second wave in October took both the government and population by surprise, since the Swedish Public Health Agency (FoHM) had repeatedly stated that Sweden would be less affected because of its larger community spread in spring. The state epidemiologist repeatedly stated that other Nordic countries would “catch up”. While scientific consensus grew in the autumn that the virus is airborne, that pre- and asymptomatic spread plays a significant role, that face masks can provide protection in combination with other measures, including ventilation, that children can get infected and that schools play a role in community transmission, the FoHM consistently denied or downplayed all these facts. Hence, there was no general recommendation of face masks even in healthcare and care homes until December. By May 2021 face masks are still rare and one still find visitors without masks in birth clinics and care homes. Thus, Sweden’s government and FoHM have been characterised by a remarkable resistance to accept now established scientific evidence. With exception of some editorials, the media has through most of the pandemic been unquestioning and government-loyal, while critical voices have been dismissed and ridiculed. However, on 17 December the Swedish King stated: “I think we have failed”.

By early May 2021, Sweden has Europe’s highest transmission, along with Cyprus, and is approaching 15.000 dead. A study by biologist Johanna Höög showed that 1 in 4 Swedish children have had COVID-19 and estimated that between 26,000 and 81,000 are affected by long-covid. Moreover, 9 children of 100,000 have been inflicted by hyper-inflammation, which is twice as much as in the U.S. and over five times more than in Germany. Deaths among children is also considerably higher in Sweden than in neighbouring countries, with 13 dead in Sweden, one in Norway, none in Finland. Sweden has had 7,7 times higher death rate among children than neighbouring countries. Hence, it has been considerably more dangerous to be a child in Sweden. The actual figures may be higher since there was virtually no testing in Sweden during the first wave.

Was there a strategy? In a constitutional hearing in April, Sweden’s Minister of Health, Lena Hallengren, stated that there had been no strategy. However, both public statements and internal emails from the FoHM indicate that they early on adopted a “herd immunity” strategy allowing a slow but steady community transmission. Later this has been denied but it is the only strategy that makes sense given the relaxed approach. The effect was considerable social inequality. Risk groups and vulnerable groups have taken the main burden, being exposed unless able to self-isolate for a year. Throughout the pandemic the government has played a passive role and the FoHM has been allowed free reign to determine measures, in a conspicuous case of the “tail wagging the dog”.

Sweden’s recent crisis management history is dismal: weak response when the ship ‘Estonia’ sank in 1994 and insufficient response to the Tsunami in 2004. The latter resulted in a crisis commission delivering thorough critique of poor government management of crisis functions, with a subsequent reorganisation of the crisis function in the ministries. The government is ultimately responsible to lead the nation during a crisis according to the constitution. The public health agency is one of several agencies involved during a pandemic and should conduct its work based on science. However, Sweden’s crisis management has once again displayed a considerable dysfunction at the cost of the physical and psychological well-being of a large part of the population.