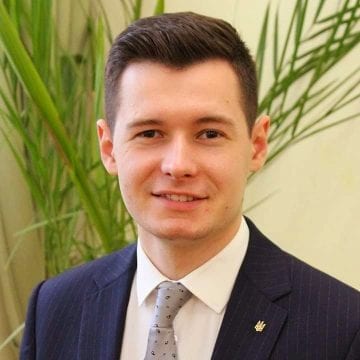 It is an undeniable fact for the entire world that the Russian Federation is an aggressor country whose armed troops have invaded the territory of Ukraine. Obviously, the Russian Federation is waging a hybrid war against Ukraine. In the occupied territories, among other things, telecommunications networks had been illegally seized, the currency of the occupying country had been introduced, the Ukrainian language had been forced out of the public space and people’s access to the Ukrainian media had been restricted. The mass media under the control of the aggressor country disseminate in the territories temporarily outside the control of Ukraine content that is aimed at manipulating public opinion, overthrowing State power, and harming Ukraine’s State sovereignty. Through the Russian media in the temporarily occupied territories, people are also being forced to view the suspension of European integration processes and the movement of Ukraine in NATO, the legitimacy of the so-called LPR and DPR, and the need to federalize Ukraine.

The Ukrainian authorities are aware of the reality of information threats from the Russian Federation, not only according to the statements of individual officials and politicians. In particular, article 7 of the Law «On the De-occupation of the Donbas» defines the need to ensure the information security of Ukraine, to ensure the development of the information and telecommunications infrastructure in the territory of Ukraine adjacent to the temporary-occupied territories by the Russian Federation. In October 2020, the Cabinet of Ministers of Ukraine adopted Decision 1109 «Some Questions of Critical Infrastructure Facilities», which approved the Procedure for Assigning Objects to Critical Infrastructure Facilities. Because of these legislative changes, telecommunications networks should be placed in the first category of criticality and clear rules should be established for their owners, to make it impossible to use these networks to wage a hybrid war and endanger state sovereignty. At the legislative level, it is useful to define that the critical infrastructure is not only telecommunications networks, but also television and radio programs, which are the product of the activities of television and radio organizations.

With each passing year, the percentage of people who get information about events in Ukraine and the world from TV channels, however, undoubtedly, the influence of TV channels on public opinion in Ukraine is extremely large. The State must exercise control over the activities of television and radio companies so that their activities are not intended to deliberately manipulate public opinion in the interests of certain oligarchs or to harm the interests of the State; have not infringed upon State sovereignty and territorial integrity. However, such monitoring should not be aimed at violating journalists’ rights to freedom of expression and interfering with the editorial policies of a television channel.

The assignment of content distributed by telecommunications networks to a critical infrastructure and the establishment of clear rules for owners of television and radio companies will enable the State to control, To ensure that the activities of the television and radio companies are not carried out to the detriment of the State sovereignty of Ukraine and to counteract the information attacks of the aggressor country in a timely manner. And when, because of the annexation or temporary occupation of a territory, a State is unable to protect telecommunications networks, it does so by imposing licensing conditions and, in the case of non-compliance, by sanctions could prevent the use of critical infrastructure to the detriment of Ukrainian statehood.

A positive and exemplary example of a State response should be the decision of the National Security and Defence Council of Ukraine of 2 February 2021 On the use of personal special economic and other restrictive measures (sanctions)issued by the Decree of the President of Ukraine 43/2021 of February 2, 2021, which imposed personal sanctions on Taras Kozak, owner of three television channels: ZIK, “112 Ukraine” and NEWSONE. As a result, the broadcasting of these media was suspended.