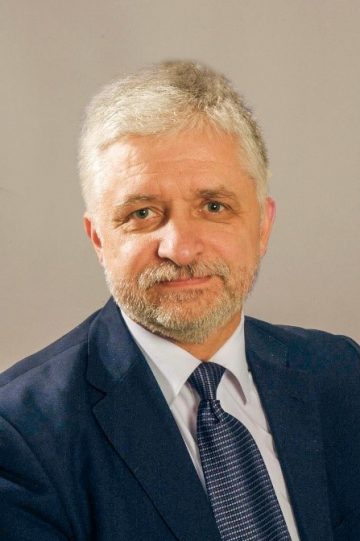 In 2018, all three Baltic States – Estonia, Latvia and Lithuania – celebrated the centenary of their founding. For half of this period, from 1940 to 1990, these countries were incorporated against their will into the Soviet Union. In 1990 they democratically proclaimed the restoration of their independence, which was widely internationally recognised in 1991. In these new circumstances, on November 8, 1991, the Baltic Assembly was officially established as the inter-parliamentary cooperation organisation of the Baltic States. It was based on the close co-operation forged between the three Baltic nations’ independence movements in the 1980s.

The Baltic Assembly played an important role in the integration of the Baltic States into the international community of democratic countries. In 1992 it signed a cooperation agreement with the Nordic Council which strengthened parliamentary cooperation between the Baltic States and the Nordic countries in environmental protection, security policy, education and culture, market economy, agriculture, energy, and infrastructure. This international agreement was extremely important for the Baltic States because it signalled their returning to the family of the Northern European countries.

A cooperation agreement concluded in 1994 between the Baltic Assembly and the Benelux Parliament was another important step for the Baltic States as it assisted their return to the European political arena. Working with the Benelux countries gave the Baltic States a deeper understanding of collaboration between European countries and helped to transpose this experience into cross-border cooperation, foreign affairs, harmonisation of legislative acts etc.

The experience gained from cooperation with those two inter-parliamentary organisations, the Nordic Council and the Benelux Parliament, helped the Baltic countries in their accession to NATO and the EU, which was successfully completed in 2004.

At the last three aforementioned events, various aspects of Baltic-Nordic co-operation were discussed, including cooperation plans for the near future. At these forums, the head of the Latvian delegation and upcoming president of the Baltic Assembly Professor Dr. Jānis Vucāns proposed that Baltic-Nordic cooperation focus on the following directions:

In the Baltic States’ centenary year, the Baltic Assembly celebrated several achievements of its own after several years of persistent work.

For example, making good use of the experience of the Benelux countries, the Baltic Assembly’s Education, Science and Culture Committee was one of the main supporters of automatic mutual recognition of higher education diplomas. As a result, on June 8, 2018 the governments of the three Baltic States signed an agreement in Vilnius on the automatic recognition of academic qualifications.

A third major achievement of the Baltic Assembly was the signing on October 3, 2018 of a transnational cooperation agreement between Latvia and Lithuania for the provision of emergency medical assistance in the border area of ​​both countries. In addition to the provision of cross-border emergency medical services on both sides, the agreement also provides for the exchange of information, joint training and tuition programmes, and raising the quality of medical services. A similar agreement between Latvia and Estonia has been in force since 2010.

On January 1, 2019, Latvia started its Presidency of the Baltic Assembly. Latvia’s Presidency comes at a time when Europe’s geopolitical situation is strongly influenced by the withdrawal of the United Kingdom from the European Union and by ongoing debates about the future of the European Union, including discussions about the EU Multiannual Financial Framework for 2021-2027, the Common Agricultural Policy, the Cohesion Policy, development of regional projects in the transport, infrastructure and energy fields, as well as internal and external security challenges. Technological and demographic changes are reshaping societies and economies. In this situation, new security threats and geopolitical instability require an increasingly comprehensive approach to defence.

Therefore, the Latvian Presidency of the Baltic Assembly is based on the following priorities for parliamentary cooperation:

Those priorities are synchronised with the focus directions for cooperation with the Nordic countries. The motto of the Latvian Presidency – “Achieving More Together” – reaffirms the importance of regional cooperation in the current geopolitical situation, which is facing new challenges.