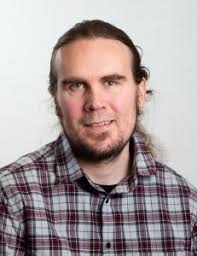 Since the introduction of universal suffrage, the Conservative Party has been the dominant political party in Great Britain. It is fair to say that the party leadership has played a key role in determining the relationship of Britain with the rest of Europe. Nowadays many political commentators take it for granted that the Conservative Party opposes European integration. The party leadership wants to lower the trade barriers between European countries, but it vehemently opposes the deep level coordination of social and economic policies between European nations. These views also enjoy wide scale support among the Conservative MPs. This was not always the case. In the sixties and seventies for example, the Conservative Party viewed European integration much more favorably than the Labour Party. In its 1968 election manifesto, the party, among other things, promised to “work energetically for entry into the European Common Market at the first favourable opportunity”. Conservatives 1979 election manifesto, written when the party leader was Margaret Thatcher, complained that “…it is wrong to argue, as Labour do, that Europe has failed us”.

The fact that Conservatives position on European integration and cooperation has changed over the time should not lead us to conclude that there is no continuity at all in the party’s views on Europe. Neither should we argue that the party has always viewed Europe through one single lens. After the Second World War, European free trade was the issue, which strongly divided the party. Some Conservatives argued that free trade between European nations would decrease the British national sovereignty while other members of the party claimed that Britain could not afford to forego European cooperation. While the most Conservative MPs supported European integration in the sixties and seventies, a substantial number of party’s MPs also opposed European integration.

There is no question, that those Conservatives who support British membership in the EU, currently have no voice in the trade talks between Britain and EU. Many Pro-European Conservatives have either retired from politics or lost their seats. Some have defected to Labour or Liberal Democrats. Pro-European MPs like David Curry and Stephen Dorrell left the Parliament. Kenneth Clarke, a Chancellor of Exchequer in the Major government, was for long time the leader of pro-EU Conservatives, but he left the Parliament last year. Geoffrey Howe, A Secretary of State under Margaret Thatcher died in 2015. Ian Taylor, the former Chairman of Conservative Group for Europe left the Parliament in 2010. There are also few Conservative voters, who strongly support British membership in the EU.

The Conservative 2019 election manifesto promised “a new relationship based on free trade and friendly cooperation, not on the EU’s treaties or EU law”. “We will keep the UK out of the single market, out of any form of custom union”, the manifesto also promised. Currently there are few powerful Conservatives left who openly challenge these promises, but it is difficult to say what will be the future of EU-Britain relationship, if the Conservatives will remain in power for the near future. Boris Johnson is not an ideologue. He has changed his policy positions many times during his political career. Many of those who know Johnson have argued that he is much more pro-European as his rhetoric might suggest. In others words, he embraced Euroscepticism largely for pragmatic reasons.

Johnson has the authority and political capital to bring EU and Britain closer together. Eurosceptic conservatives do not question his Eurosceptic credentials. If there are pragmatic reasons for more cooperation with the EU, Johnson might opt for change. Some Conservatives would not like this new turn, but they would not openly challenge Johnson unless he for some reason loses his political standing.  Franklin Roosevelt famously said to activists who pushed him to adopt more radical reforms: “You’ve convinced me. Now go out and make me do it.” For those Conservatives who opposed Brexit the problem is that few Conservative MPs or Conservative voters currently want closer cooperation with the EU. If the economic or social conditions in Britain deteriorate because of Brexit and Labour choose a charismatic leader and adopt a popular platform, Conservative leadership might reconsider party’s line on EU.

If we adopt longer time perspective, is there a chance that pro-European voices could regain the ground they lost since the nineties? Eurosceptics did not gain power overnight and they were greatly aided by external factors like the Eurocrisis and the rise of UK Independence Party.  It is possible that in the long run an “Europhile” Conservatives like the former Deputy Prime Minister Michael Heseltine, who not only supported EU membership, but actually supported deeper integration and for example the adoption of Euro, could rise to the party leadership. If the history of a Conservative Party teaches us anything, it is that the party is ably to reinvent itself when the outside world changes.