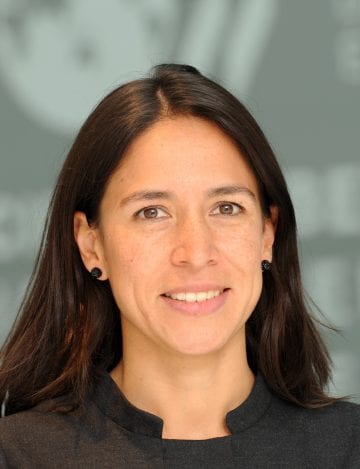 With COVID-19 triggering a social, economic and health crisis worldwide, the capabilities and resilience of governments around the world have been put to the test. While a few countries acted quickly to contain the spread of the pandemic and mobilise work on vaccines, Ukraine’s response was hindered by the kind of much more of the same internal quarrel and conflict among vested interests that bedevilled reform efforts long before the pandemic.

Ukraine’s real GDP fell by roughly 7.2% in 2020 on preliminary estimates and unemployment rose to 11%. When on 12 March 2020, the government imposed a three-week nationwide quarantine and shut down educational institutions and public events with over 200 people, the rise in unemployment was initially not as sharp as in many OECD countries. However, in a country where the share of informal workers in the economy is estimated at up to 30% and the social safety net is weak, this situation didn’t last. By Q4, unemployment had reached 10%.

At the time of writing, countries like Israel have administered approximately 70 vaccinations per 100 population, while Ukraine is still waiting to receive long-awaited vaccines and administer the first jab. On 25 January, Prime Minister Denys Shmyhal announced that vaccinations would begin in February once the first supplies arrived, and health Minister Stepanov confirmed that that vaccination would start on 15 February. In the meantime, while the health and economic crises continue, the ghosts of the past return to haunt Ukraine’s hopes of tackling the pandemic.

In early February, the National Anti-Corruption Bureau of Ukraine started investigating possible malfeasance in the procurement of Chinese vaccine at inflated prices. Despite the launch in April 2020 of the online coronavirus procurement map to ensure the transparency of the procurement process, the old practices seem to persist. Since 2014, Ukraine has undertaken a wide-ranging programme of anti-corruption reforms: the legal framework was fully overhauled and new anti-corruption bodies were created, including the National Anti-Corruption Bureau (NABU), the National Agency on Corruption Prevention (NACP), the High Anti-Corruption Court, the Specialised Anti-Corruption Prosecutor’s Office, and the Asset Recovery and Management Agency. Yet in the midst of the pandemic, we have seen what appear to be serious attempts to weaken these institutions and roll back some reforms. When in August 2020 the Constitutional Court declared “unconstitutional” the powers of the NACP to control and verify declarations and called for the removal of the NABU Director, light was shed on the well-anchored and powerful forces resisting reform.

Corruption scandals at the very heart of government are not rare in Ukraine. However, in a country where institutions are weak and reform success is measured not by the capacity of the system to transform but rather to the resilience of few reformists to press ahead, these scandals are more than bad publicity: they are the sad reminder of the long path ahead to real transformation. COVID-19 adds a layer of complexity and make one wonder whether the government will have the capacity to roll-out the vaccination campaign effectively, while making the most efficient use of limited resources to support economic recovery.

The ongoing decentralisation reform offers similar opportunities and risks, and the match point will largely depend on the capacity and determination of the country’s leaders to fight the old guard and pursue a long-term strategy. Empowerment of local authorities and continuity are key. The spread of the virus across regions has been uneven. Kyiv and the western Chernivtsi have been hit hardest, while less densely populated areas have suffered less. Despite low turnout (ca 37%) partly due to the pandemic, the significant vote shares for incumbent mayors in October’s local elections and the poor showing of the national parties at local level reflect the willingness of voters to see transformation from the grassroots and break with the old tradition of nationally led decisions. Decentralisation thus provides an opportunity to test a new model, one more inclusive, more transparent and more adapted to local realities. For it to succeed though, the new subnational authorities need trust, empowerment and support from the state, transferring budgets and responsibilities and monitoring closely the mid-term outcomes. This is a new job, not only for subnational authorities but also for the central administration. The stakes are high, and the risks are real, but the effects will be perceived much quicker by the population, and the gains will translate quickly into prosperity.

Finally, the COVID-19 recovery will offer an opportunity to move Ukraine from transition to transformation. While governance, investment and corruption should remain at the top of the reform agenda, building a better Ukraine will require the contribution of all, and women ought to be involved in shaping and implementing recovery plans to maximise their chances of success. Gender equality is not just a moral imperative, it is also critical to the creation of stronger, more sustainable and more inclusive economies. A growing body of research suggests that countries where women exercise less power tend to be less successful, and their role in ensuring that post-crisis recovery plans are balances and comprehensive can be critical.

Ukraine is playing the final set of a grand slam, with the match point approaching. If the government decides once and for all to advance in the European path, as claimed by the population during the Maidan Revolution, and leads slowly but steadily the transformation, Ukraine can aspire at a brighter future. Its digital capacity, its young and well-trained population and its rich soil – to name but few – are assets that are waiting to be finally harnessed for the benefit of all Ukrainians.