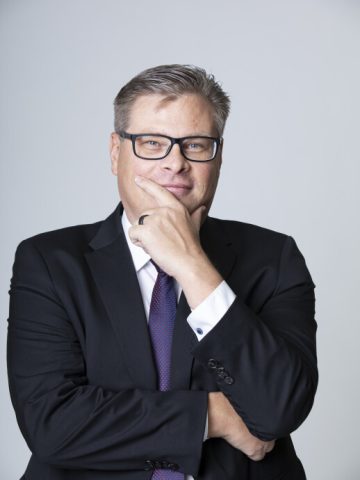 Myth 2. As Germany is shutting down its remaining nuclear power plants, it urgently needs the Nord Stream 2 gas pipeline
Germany plans to shut down its remaining nuclear power plants this year, which used to account for 5 % of Germany’s primary energy consumption. If Germany were to decide to make up for the energy shortage caused by the decommissioning of nuclear power with natural gas alone (an unlikely scenario), it would have to buy approximately 15 billion cubic metres (bcm) more natural gas than at present. Currently, Germany produces 5 bcm of gas and imports the rest from abroad: almost 15 bcm from the Netherlands, 30 bcm from Norway and about 55 bcm from Russia. Germany will have to increase its natural gas imports from Russia as the Netherlands closes the EU’s largest natural gas field this year, imports from Norway cannot increase significantly and Germany has not so far built LNG import terminals on its soil. Although Germany will have to increase its natural gas imports from Russia, Ukraine’s current pipeline capacity would have allowed Germany to transport additional gas from Russia without the construction of the Nord Stream 2 pipeline. Nord Stream 2 is a geopolitical route choice, justified by the fact that direct access to Germany is a less risky option for Germany than transporting natural gas from Russia to Germany via Ukraine or Belarus. However, a lower risk for Germany means a higher risk for Ukraine and Belarus. As Russia has also built a gas pipeline (TurkStream) across the Black Sea, bypassing Ukraine, some experts have been warning for years that Russia’s foreign policy towards Ukraine and Belarus could become more aggressive (a link to a report of 2009).

Myth 3. Ukraine is no longer dependent on Russian natural gas
Until a couple of years ago, the Ukrainian state gas company Naftogaz charged its Russian counterpart Gazprom $3 billion a year for the transit of natural gas through Ukraine. Naftogaz will soon lose these revenues. The loss of these revenues not only affects Naftogaz but also the Ukrainian state as Naftogaz paid more than $5 billion into Ukraine’s state budget, meaning the company covered more than a tenth of all Ukrainian budget revenue in 2020. In addition to these gas transit revenues, it should be noted that Ukraine still consumes Russian natural gas, although it has not imported it directly from Russia since November 2015. The explanation for such a strange situation is that Ukraine mainly imports its natural gas from Slovakia and Hungary, who in turn import virtually all of their natural gas from Russia. Natural gas satisfies a third of Ukraine’s primary energy consumption. Ukraine itself produces two-thirds of the gas it consumes, and a third truly originates from Russia, though Ukraine does not import directly gas from Russia. Russian natural gas thus covers a tenth of Ukraine’s total energy consumption. In other words, Ukraine is still dependent on Russian natural gas, even though it no longer buys gas directly from Russia.

Myth 4. With the help of LNG, the EU will no longer need to impart natural gas from Russia
The EU consumes almost 400 bcm of natural gas a year, of which the EU itself produces only a tenth. In other words, EU countries must import 90 % of the natural gas they consume from outside the EU. Four-fifths of these natural gas imports come via pipelines and the remaining one-fifth is transported by ship as LNG. The share of LNG could be even higher as the average utilisation rate of LNG terminals in the EU is only 50 %. However, even if the utilisation rate of existing LNG terminals were to increase to 100 % (in practice, this is not possible), the LNG volumes would remain lower than the volume of the natural gas supplies from Russia to the EU. It should be borne in mind that Russia supplied half of the EU’s natural gas imports in 2020, and its share will increase towards the end of this decade. In this context, it should not be forgotten that in 2020, Russia was the EU’s third largest supplier of LNG after the United States and Qatar. In other words, LNG will help the EU to reduce its dependence on Russian natural gas, but it will by no means eliminate the EU’s dependence on Russian gas altogether.

Myth 5. The US wants to stop the Nord Stream 2 pipeline to increase its gas export revenues
It is obvious that the USA wants to increase its LNG supplies to the EU, and for some North American LNG exporters, the European market is strategically important. However, money is hardly the main motive for the US to slow down the opening of the Nord Stream 2 pipeline. As far as I am concerned, the USA wants its LNG supplies to help European NATO countries dampen Russia’s energy policy influence rather than generate additional revenues. Here, it should be noted that LNG accounts for only one percent of US export earnings from the EU. In other words, even if the USA multiplied its LNG exports to the EU, LNG exports to Europe would not be a money-making machine for the US.