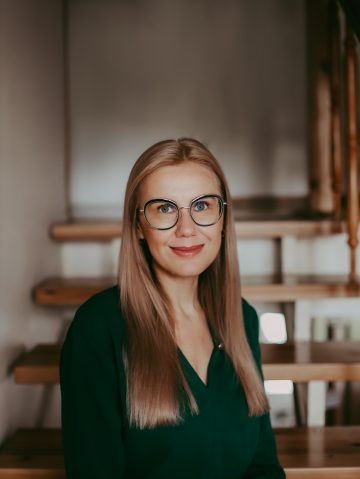 The European Commission confirmed the European Green Deal as the top priority of this Commission already in December 2019. It sets out the key priorities to achieve net-zero greenhouse gas emissions by 2050, while ensuring that the transition is just and inclusive for all. This is, like President Ursula Von der Leyen said, Europe’s “man on the moon moment”. To get there, the EU has put into the law the higher target of reducing greenhouse gas emissions at least 55% by 2030, compared to 2020 levels.

To meet our mid-century goal, it is vital that we make meaningful progress already in this decade. Throughout 2021, the European Commission has been overhauling EU legislation to make sure it is well-aligned with our climate and energy targets.

In July last year, we tabled a historical package of legislative proposals to implement the European Green Deal. It covers not only the energy sector – which is accountable for 75% of the EU greenhouse gas emissions – but also other fundamental policy areas such as climate, transport and taxation. The package proposes to revise current EU legislation on energy efficiency and renewable energy. For instance, by increasing the EU target of renewable energy in our energy mix to 40%, compared to 32% current target. And, setting a higher, binding energy efficiency target of 9% by 2030 (compared to the previous, 2020 projection).

We have progressed well. In 2021, renewables overtook fossil fuels as the EU’s main power source for the first time: 38% of the EU electricity came from renewables, 37% from fossil fuels and nuclear energy accounted for 25%. This information can be seen in the Commission’s State of the Energy Union Report published in October 2021.

In December 2021, the European Commission presented a second set of proposals, this time focussing on decarbonising the gas market including renewable hydrogen. It also includes measures to reduce methane emissions and step up renovations of buildings to make them more energy efficient. As is known, the cheapest energy is the energy we do not use.

There is still a high dependence on fossil fuel supplies coming from the east, particularly in the Baltic States, Finland and Poland. Overall, the EU spends almost EUR 300 billion a year on fuel imports. The legislative package therefore also proposes improvements on energy independence and affordability as well as on the resilience of the EU energy system and security of supply.

It also aims to strengthen solidarity between Member States, including those around the Baltic Sea. In case of gas shortages, neighbouring countries in the EU could step in faster to help so that no household is left in the cold. The recent surge in energy prices also illustrates the importance of improving storage facilities. It also shows that the synchronisation of the electricity system with continental Europe remains a strategic priority for the Commission and for the Baltic region.

The EU is proud to support investments in infrastructure of the internal energy market in a way that will accelerate the clean energy transition, e.g. Connecting Europe Facility and Projects of Common Interest. For example, a number of Projects of Common Interest have been completed as part of the Baltic Energy Market Interconnection Plan (BEMIP) to improve integration in the Baltic region. Infrastructure projects support market diversification, which, in turn, makes the Baltic States and Finland less vulnerable to price fluctuations, less dependent on imports and improves security of supply.

The planned electricity highways will also create an opportunity for offshore renewable wind energy in the Baltic Sea, which, of course is a priority in the region. According to our estimations in the European Offshore Renewable Energy Strategy, there is a need to reach 300 GW of offshore wind capacity installed by 2050, compared to today’s installed wind capacity of around 14.6 GW. And, the Baltic Sea region has an important role to play in achieving this goal.

In September 2020, I was pleased to sign, together with the energy ministers of the eight EU Member States in the Baltic Sea region, a declaration committing themselves to closer cooperation on offshore wind in the Baltic Sea. The declaration aims to scale up offshore wind energy capacity in the region. By cooperating in the region, the countries make the most of the 93 GW potential that the Baltic Sea has to offer. Harvesting the full potential of offshore wind energy would already fulfil a large part of the objectives set out in the offshore strategy of reaching 60 GW by 2030 and to 300 GW by 2050. It illustrates how a significant increase in offshore energy can be most efficiently achieved with a cooperative, regional approach.

There is undoubtedly an economic, as well as an environmental, incentive to improving the sustainability of our energy systems. It is why the European Green Deal is also the EU’s growth strategy. This has become more evident in the light of the devastating COVID-19 pandemic.

Member States, including the Baltic region, have put together national and EU recovery and resilience strategies to turn the economy around to make it greener and more digital. Here, I want to highlight the ambition shown by countries along the Baltic Sea on spending on the green transition. For instance, Lithuania intends to spend 37.8% of its EUR 2.2 billion; Latvia is dedicate 37.5% of its EUR 1.8 billion; and, Estonia aims to spend 41.5% of its EUR 969 million on the transition. We are on the right path.

There is no denying that the times are turbulent in the field of energy. The global surge in the price of natural gas is the main driver of the high electricity and gas prices that has affected every member state. Already in October, the Commission proposed a toolbox with a set of measures the Member States can use to alleviate the pressure on the most vulnerable. It is often hard to keep a constructive mind in the hardest of times, but we must not forget that the EU energy system is the most reliable in the world and the design of our electricity market is not the cause of the current surge in electricity prices. This does not mean it is perfect and in can’t be made better, but important to note nevertheless.

To conclude, countries in the Baltic Sea region can greatly benefit from the European Green Deal. We welcome the progress already made. Looking ahead, by accelerating the pace of reforms they can become a textbook example for Europe and beyond.