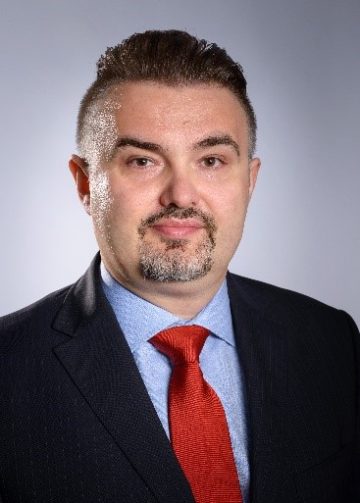 The European Union is consistently implementing environmental and climate protection objectives. Climate and energy policy is a key tool for achieving the ambitious priorities set by the European Commission in 2019 for the energy transition. The targets set by the European Green Deal aim to ensure climate neutrality by 2050.

As the EU Member State, Poland has accepted the challenges posed by the European Green Deal. This caused much discussion within the country. The main issue in the debate, on the one hand, was the ambitious nature of the European assumptions and, on the other hand, Poland’s ability to implement these challenges and the costs involved.

The ideological correctness of the action taken to achieve climate neutrality in the European Union by 2050 cannot be denied. There is no doubt that the direction taken by the European Commission is right towards ensuring sustainable development, protect the climate and look after the welfare of future generations of Europeans.

In the case of Poland, the implementation of climate neutrality appears to be rather complicated. It consists of numerous challenges that should be taken into account from the perspective of the European Green Deal. Selected issues, which seem to be the most difficult to implement, will be discussed below. They are related – in particular – to the specificity of the Polish energy mix.

1) The policy strategy issue. In 2021, the government adopted a strategic document for the energy sector entitled Energy Policy of Poland until 2040. This is a relatively unambitious plan in the context of achieving a zero-carbon economy, although it realistically reflects the capabilities of the Polish economy in terms of the energy transition, especially in the context of a slow transition away from fossil fuels. In addition, the Polish strategy lacks time compliance with the European Union strategy. Without an amendment to this document, it is difficult to effectively predict whether there is a chance that the actions carried out by Poland will be more compatible with the time horizon to 2050.

2) The dominance of fossil fuels in the structure of energy generation. The energy balance of Poland is predominantly based on the use of fossil fuels, in particular hard coal (approximately 45.4% in 2020) and lignite (approximately 24.3% in 2020). The importance of the mining sector in Poland results from two premises: firstly, hard coal and lignite resources constitute the basis of national energy security, and secondly, the mining sector in Poland is characterised by a high level of employment. Therefore, the prospect of reducing coal in the Polish energy mix is perceived by those in power as a potential threat to the country’s energy security, and it will involve a major restructuring of employment not only in the mining industry itself but also in areas linked to the mining industry. This may mean an increase in unemployment and, consequently, social discontent and further structural problems in mining regions. Such a situation will not be without influence on electoral preferences and will certainly burden those political elites that will be identified with the phasing out of the mining industry in Poland.

3) Low share of renewable energy sources (RES) in the energy mix (approximately 17.7% in 2020). According to the provisions of Directive 2018/2001, the share of RES in gross energy consumption should be 32% in the Member States by 2030. Despite existing support systems for the development of RES, the development of this technology is not dynamic enough in Poland to achieve the assumed targets. According to national estimates, Poland may reach a level of approx. 23% by 2030. Actions taken to support renewable energy include an efficient auction system for most of the currently dominant renewable technologies, green certificates, government support for prosumers and dispersed energy, especially cluster initiatives and energy cooperatives. The main barriers to the development of renewable energy should be mentioned, in particular: limited possibilities of financing investments by entrepreneurs, legal regulations of support, administrative and procedural difficulties, as well as problems with the functioning of transmission networks.

4) Lack of alternative energy sources, mainly nuclear. Although the long-term energy strategy envisages that the first nuclear power plant unit with a capacity of about 1-1.6 GW will be commissioned by 2033, with subsequent units to be commissioned every 2-3 years. A total of 6 units are planned to be built. However, this does not mean that the programme will be implemented. In the past, strategic plans also referred to this type of energy. It was supposed to be available as early as 2024, but construction has not started. The implementation of these measures involves both high economic costs and requires social acceptance, especially in terms of minimising the NIMBY syndrome. Meanwhile, Poland’s planned abandonment of hard coal and lignite in the face of insufficient energy production from renewable sources could pose a serious risk to energy security in the future, especially in the context of growing demand for energy.

5) Possible restrictions in access to European funds necessary for the transformation of the Polish economy and environmental protection. Poland needs European funds especially for the transformation of mining regions. The initiation of procedures related to the violation of the rule of law in Poland by the European Commission may constitute an important obstacle resulting in blocking this financial stream.

To sum up, the European Green Deal enjoys social acceptance and understanding of politicians in Poland. Ideologically it is considered to be the right course of action. However, there are some difficulties and structural challenges that may call into question whether its objectives can really be achieved.

From the perspective of the EU, we can only talk about success when it emerges in 2050 that the Member States have effectively fulfilled their obligations and the goal of climate neutrality has been achieved. It seems important to be consistent in implemented actions and to maintain full mobilisation of all countries over the next 30 years.