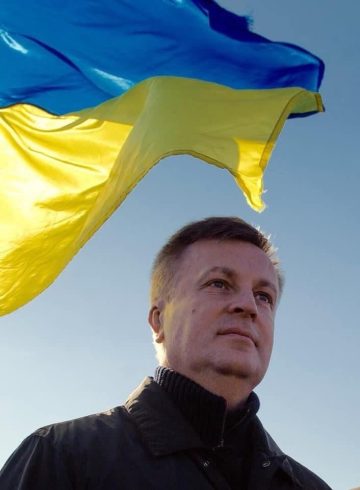 They called it a military operation, having fabricated and continuing to fabricate pretexts for such invasion and seizure of our land.

But this is a real, bloody, brutal, cynical war started by a mad dictator, a war criminal putin.

The russian aggressor has already killed 150 innocent Ukrainian children. And that’s just according to the official information. And how many more children tortured by the russians died in the temporarily occupied cities?

Russian soldiers mercilessly shoot columns of civilian Ukrainians escaping from the hell of the so-called liberators.

Russian missiles and bombs wipe the entire cities off the map. The whole world already knows Mariupol as a martyr city. Almost everything is destructed there, its citizens are in real hell!

Why is this happening now? Why is the system of collective security in Europe and the world so vulnerable today? Why did one mad dictator make such significant progress in his invasion plans?

I have one answer. The Western world’s policy on pacification of putin has led to such outcome.

Three surrenders of the Ukrainian Crimea
Actually, the war for Ukraine, for our independence and our belonging to the European family, and not to the putin-russian empire, began not on February 24, 2022.

This all began in 2010. It was the first surrender of our Crimea
Yanukovych signs an agreement with the Russian Federation on extending the basing of the Russian Navy Black See Fleet in the Autonomous Republic of Crimea and Sevastopol until 2042 (!) — these are the so-called Kharkiv Agreements ratified in April 2010 by the Verkhovna Rada of Ukraine.

This was when Yanukovych returned the russian secret services to the Crimea. It should be noted that according to my decisions as the Head of the Security Service of Ukraine in 2009, these secret services were expelled from the peninsula, and the agreement on cooperation with the Federal Security Service of the Russian Federation was denounced. Let me also recall that even before 2009, during my first chairmanship in the Security Service of Ukraine, I initiated and defended the termination of the agreement on the Russian Navy Black Sea Fleet basing, closure of the russian military bases and complete withdrawal of the russian troops and secret services from Crimea. I have repeatedly warned the Ukrainian leadership of the risk and threats posed by the continued presence of the russian troops and Navy the Black Sea Fleet in the Autonomous Republic of Crimea.

The second surrender of Crimea lasted from May 2010 to January 2014
Then President Yanukovych, his party together with the Communist Party seized all decision-making positions in the parliament and government of the Autonomous Republic of Crimea. Yanukovych assigned russian-oriented officials and agents of the Russian Federation as heads of the Security Service of Ukraine, the Ministry of Defence, the Ministry of Internal Affairs and other law enforcement agencies in Kyiv and the Autonomous Republic of Crimea. They resumed cooperation with the Federal Security Service of the Russian Federation and returned its officers to Crimea.

The third surrender of Crimea was in February 2014. It was a historic period for Ukraine – a violent confrontation between security forces and protesters, the final stage of the Revolution of Dignity. As a result of these events, the Verkhovna Rada of Ukraine dismissed the President of Ukraine, Viktor Yanukovych, on February 22 and scheduled pre-term presidential elections for May 25th 2014.

President Yanukovych, the head of the Security Service of Ukraine Yakymenko and his deputies, as well as other security officers, defected to the russian aggressor. First from Kyiv to Simferopol and Sevastopol. In Sevastopol they stayed at a military base of the Russian Federation.

All three surrenders of Crimea are the russian occupation project that has been prepared for many years.

An attack on Ukraine, on which putin has not stopped
The unpunished annexation of Crimea gave rise to putin’s big and ambitious plan to conquer Ukraine.

And what was the response of the civilised nations to the annexation of our territories, to the open military occupation of a part of Ukraine, to terrorism against our people in the Donbas, to the capture and torture of the Ukrainians?

We’ve heard the world leaders’ ‘deep concern’ about the ongoings in Ukraine, and the package of sanctions imposed against the russian leader and his henchmen by our American and European partners was obviously pitiful, and certainly did not stop putin from his desire to impose pressure on the West and destroy Ukraine.

Today, the world stands with Ukraine
We feel the support of the entire world today. The Armed Forces of Ukraine courageously and professionally counter the russian aggressor.

We have already undermined putin’s ambitious plans to seize the capital of Ukraine, Kyiv, in a matter of hours. And Kyiv confidently holds the line. The Armed Forces and the Territorial Defense Forces kill russian invaders, already accounting to more than 16,000 killed soldiers of the aggressor. Our military massively and ruthlessly destroy the russian military hardware.

The Parliament continues to work in wartime and adopts dozens of laws which Ukraine requires for its protection and defensive capability.

What else does Ukraine need to end the war victoriously and to stop the insatiable dictator?

Closed sky and humanitarian corridors
We are calling upon every international organisation and foreign government to urgently act and help civilians in Ukraine.

The most vital and time-pressing decision is to be made by NATO – to declare a No-Fly Zone over Ukraine. We all understand the risks in making this decision, but we are also clear that the risks are much higher, if such a decision is not made at the right time, which is NOW!

We all see and understand that Russia specifically targets civilians in Ukraine, firing bombs and missiles. Russia’s cruel intention is to break and kill the Ukrainian people.

Under a No-Fly Zone civilians and assailable areas in Ukraine will be protected.

We urge for a No-Fly Zone to be immediately declared to create protected areas for civilians.

We urge to stop the genocide of the Ukrainian nation, to preserve critical infrastructure such as nuclear power plants, gas and chemical industry to avoid a large-scale technogenic disaster.

We urge to protect objects of cultural heritage under the protection of UNESCO.

Along with a No-Fly Zone, air-space humanitarian corridors should be established to rapidly transport injured people and deliver humanitarian aid.

International humanitarian organisations such as the Red Cross should take a lead in this. Such an ‘air bridge’ successfully worked in the West Berlin in 1948 saving almost 3 million people that the Soviet Union tried to starve to death. Just like then, rescue and support emergency aircrafts should land every 3 minutes!

It is time to establish a No-Fly Zone in Ukraine and stand united against Russian aggression!

If the world today does not sufficiently counteract the furious dictator who directs the destruction of our state from his bunker, then what will happen next?

Both the Baltic partner countries and our Polish neighbours feel already threatened by the possible immense growth of putin’s ‘hunger’: to seize and ‘liberate’ their independent and successful European countries.