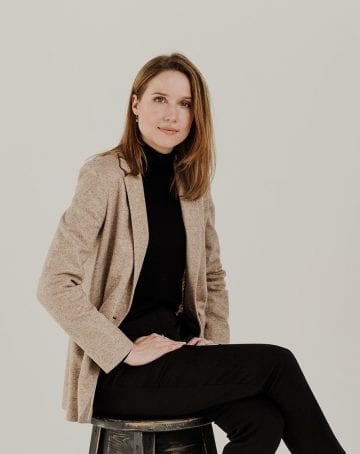 As the main organisation presenting Finnish culture in Russia, The Finnish Institute in St. Petersburg was established in 1992. We are part of 17 independent Finnish academic and cultural Institutes around the world financed by the Ministry of Education and Culture of Finland. In the last few years the Finnish Institute in St. Petersburg went through significant changes. Most of the institutes are run by private foundations, but since June 2017 we have been managed by the Finland-Russia Society.

The key elements for our successful work are the local Russian partners. To name a few of the most influential, we work with the Hermitage, the Manege Central Exhibition Hall, the Grand Philharmonic Hall, the Alexandrinsky Theatre and the Exhibition Centre ROSPHOTO. More recently we’ve worked with new clusters for culture, music and gastronomy – The New Holland Island and the Sevcabel Port. Partnerships are mostly based on in-kind resources like providing a venue and giving organisational help. Working with these institutions, we are reaching a much wider and relevant audience and gaining interest from the younger public.

Among important partnerships are also the Nordic diplomatic missions and cultural institutes. Especially close collaboration is done with the Consulate General of Finland. The Finnish Institute in St. Petersburg is also part of the European Union National Institutes for Culture (EUNIC) and works with the EU Delegation to the Russian Federation.

According to a survey commissioned by the Finnish Embassy in Moscow in 2019 and undertaken by Levada, a Russian independent non-governmental polling and sociological research organization, 95 % of residents of North-Western Russia think about Finland in positive way. Key points were clean water and nature, ecological lifestyle, high living standards and quality of goods. This shows how majority of Russian tourists spends their time in Finland – enjoying nature and buying groceries, clothes and other provisions.

However, the myths about Finns and Finnish culture still live strong – Finnish people are considered slow and the country boring. In the Finnish Institute we think carefully what kind of image of Finland we want to communicate. We want to portray Finland’s cultural scene as innovative, original and versatile. The Institute is constantly observing what resonates and what is found aspirational among the Russian public.

Resonating with the public

Among a number of well received series of events has been a project called Children’s Reading Culture Today – Needs and Challenges. Nordic-Russian Examples and Best Practices, which was generously supported by the Nordic Council of Ministers and was implemented during 2018 and 2019 in St. Petersburg and the Leningrad region. Several conferences were arranged as well as an interactive literature exhibition for children and young people with the participation of authors, specialists and pedagogues from Nordic countries.
Among the topics that are less openly received are gender equality, the subject of LGBTQ and freedom of speech. However, these subjects still raise interest and spark conversation.

Competing for attention in the metropolis

In a city of 5 million people with enormous amount of cultural activities it is vital to be noticed. Every few years the Finnish Institute are presenting more ambitious projects which are aiming for greater visibility. In 2015 this was the Golden Generation. Modernism in Finnish Architecture and Design exhibition at the General Staff Building of the Hermitage. For 2019 and 2020 the Finnish Institute has prepared an art exhibition which has reached international attention even before its opening. The exhibition Albert Edelfelt and the Romanovs will open at the Scientific-research Museum of the Russian Academy of Arts November 2019 and in the Sinebrychoff Art Museum in Helsinki in February 2020. The exhibition is shedding light on Finland and Russia’s common art history and presents the lesser known parts of the artist’s work. The portraits of the Romanov children are being shown together for the first time in more than a century. Art works are being loaned from the Ateneum, The State Hermitage museum, Serlachius Museum and the museum in Rybinsk. For the Finnish Institute in St. Petersburg this exhibition is an important opportunity to support and further develop the cultural collaboration between our two countries while working together with the leading art museums of Russia and Finland.